Zane Bail (right) of the Duluth Dylan Fest hands out cupcakes to celebrate Bob Dylan’s 80th birthday on Monday. This is during the annual Front Porch Party outside the home in Duluth where Bob Dylan lived for six years after he was born in 1941.  Photo: Dan Kraker | MPR news

Every May 24 for the past decade — except last year, at the beginning of the COVID-19 pandemic — dozens of people congregate outside a modest duplex on Duluth’s steep hillside, to celebrate the birthday of Bob Dylan, the city’s most famous native son.

And every year, organizers ask people from how far away they came.

"In 2019, our last Front Porch Party, there were folks from Australia, Spain, Ireland, Scotland, England and Germany,” said Zane Bail, one of the organizers of the weeklong Duluth Dylan Fest, which includes concerts and contests and the annual get-together on Dylan's birthday.

This year, with the pandemic lingering, a couple from Portland, Ore., was the group that had traveled the farthest distance to listen to Dylan cover songs; sing “Happy Birthday” to the enigmatic troubadour; and see the house where the famous singer-songwriter spent the first six years of his life. 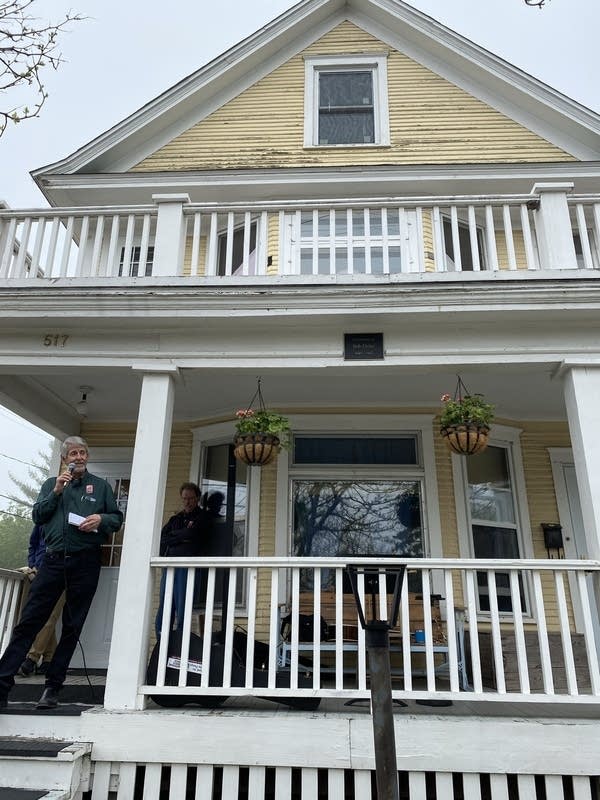 “Dylan has tracked the course of our lives,” said Bob Joondeph, who was visiting family in Minneapolis with his wife, but drove to Duluth to pay tribute to Dylan.

“Starting from the politics of the ‘60s, and through all the tumult and trials of all the years,” he said. “I think he's touched us both closely.”

Bob Dylan was born Robert Zimmerman in Duluth in 1941. His family lived on the upstairs floor of this little yellow house on North Third Avenue until 1947, when they moved to Hibbing, on the Iron Range.

The house is one of the main attractions in Duluth for Dylan fans to see. But for a long time it was easy to miss.

And that's kind of the story of Duluth's Dylan tourism, says Ed Newman, who also helps put on the Duluth Dylan Fest. People can come from halfway across the world — and end up in front of the wrong house.

"There are fans that have come to the Northland looking for a touchstone,” Newman said. “And they couldn't find really anything for years. The house didn't even have an identification mark."

A few years ago Pagel installed a plaque above the front porch that reads "First Home of Bob Dylan 1941-1947."

And there have been other efforts. Fifteen years ago, on Dylan's 65th birthday, the city designated Bob Dylan Way as a cultural pathway through downtown Duluth. Locals raised money to install street signs and decorative Dylan-themed manhole covers. 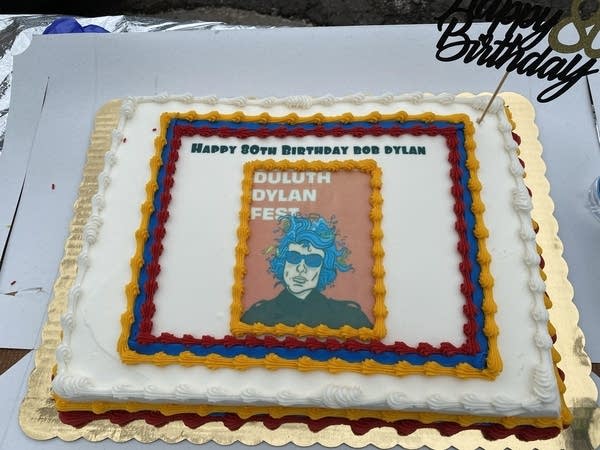 An hour and a half away in Hibbing, where Dylan grew up and went to school, there's a display in the public library, and ground was just broken on Saturday on a new public art installation outside the high school to commemorate the Nobel Prize in literature Dylan won five years ago.

But in Duluth, the only other major option for Dylan fans is to take a self-guided tour of other landmarks, like the historic Duluth Armory, where Dylan saw Buddy Holly perform in 1959, just three days before Holly died in a plane crash.

"But we know anecdotally and we know from the success of Duluth's Dylan Fest, that there's a lot of interest,” said Maarja Hewitt of Visit Duluth, the city's tourism bureau.

In the U.K., a recent study found that Beatles tourism brings in over $100 million to the band's hometown of Liverpool every year. Two of the main attractions there are the childhood homes of John Lennon and Paul McCartney.

What Duluth lacks, say Hewitt and others, is an anchor museum, some place for Dylan fans to come year-round to honor and celebrate his influence.

"I think there's a ton of potential here to make Duluth a destination for Dylan fans,” she said. “It's like, right under the surface. We have the passion. We have the designation of being the birthplace. It just needs to come to fruition." 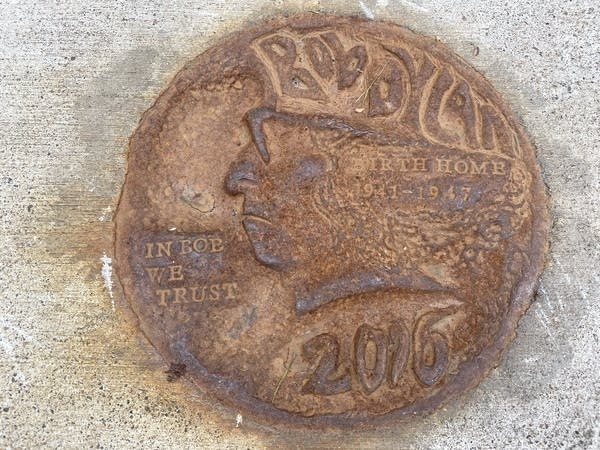 A bronze sculpture is set in the sidewalk in front of Bob Dylan’s childhood home in Duluth.
Photo: Dan Kraker | MPR News

The natural place for a possible museum, of course, is Dylan's old house. Pagel — who also owns Dylan's family home in Hibbing — says he's open to the idea.

"I'm just trying to leave a legacy for Bob in this area. And I'd hate to see it turn into rental property. It should be preserved, much like the houses in Liverpool have been preserved,” he said. “But nobody's really taken the initiative. So I decided I'm just going to preserve these two houses. And I may live long enough to put in a museum, and I may not, but at least somebody will have the opportunity."

In the meantime, Pagel, who’s 79 — a year younger than Dylan — is restoring the house to what it looked like when Dylan lived there. He has old photographs he’s using to guide his work.

"There was a wrought iron railing above the top and that wasn't original,” he explained. “I redid it and put a wood railing on there now, which is pretty much exactly like it was when he was here.” 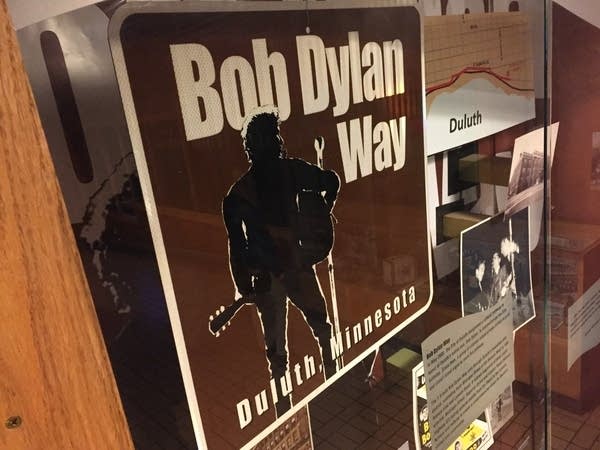 The home is not currently open to the public, although he says he'll sometimes give visitors a peek inside — and have them sign his guest book.

Pagel is also continuing to gather what's believed to be one of the largest collections of Dylan memorabilia in the world, featuring handwritten lyrics, photographs, concert posters — even Dylan’s high chair from when he was a baby.

His collection has been featured in displays at Carnegie Hall in New York and the American Writers Museum in Chicago. Much of it, he said, will go to a new Dylan museum opening in Tulsa, Okla., next year.

But he's keeping a lot of it — to hopefully someday display in one of Dylan’s old homes in Minnesota.

To see the original report and read related stories, follow this link to the MPR News website.  https://www.mprnews.org/story/2021/05/28/highway-61-visited-duluth-works-to-attract-more-dylan-touri...