NOAA will release updated 30-year climate normals on May 4. The latest update shows Minnesota is rapidly trending warmer and wetter. In fact, the pace of climate change in Minnesota is accelerating.

The new update includes weather data from the decade of the 2010s. The past decade is the warmest in the global surface temperature dating back to 1880. 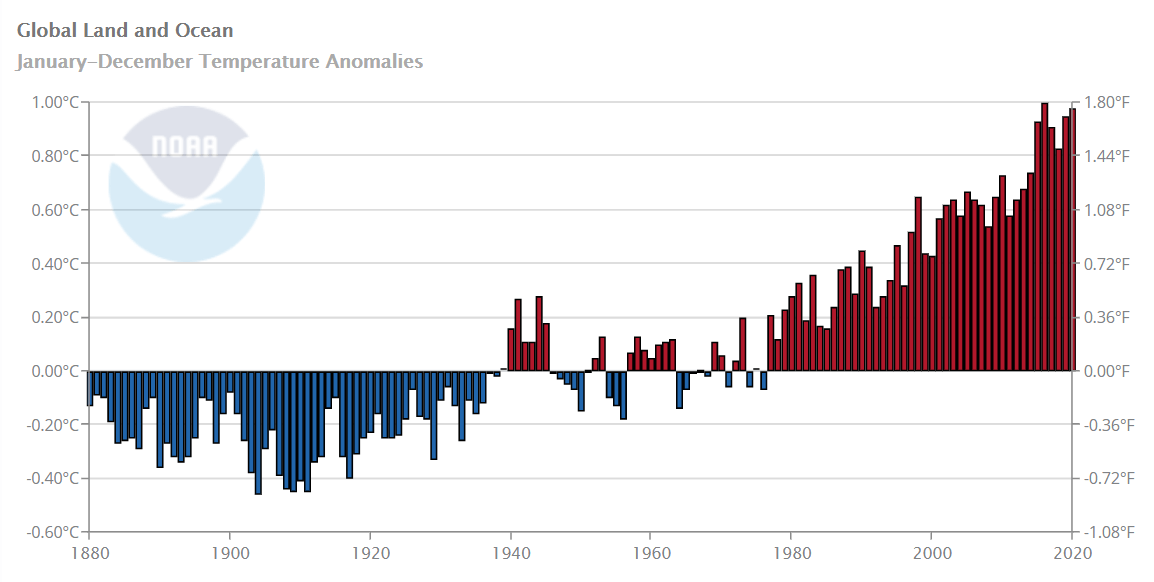 Ice cores and other reliable paleoclimate records show earth’s current climate is the warmest in thousands of years.

Minnesota among the fastest-warming places in the U.S.

Take a look at the updated temperature data that includes the latest decade. You can see how Minnesota is among the fastest-warming locations in the U.S.

Here’s a closer look at the years since 1960. You can see how the warming has been consistent across the Upper Midwest since 1960. And the trend is accelerating in the past 40 years.

Temperature change in Minnesota is not equal in all seasons. The extra greenhouse gasses we are putting into the atmosphere are more effective at keeping temperatures higher in winter. This is especially true on winter nights.

Minnesota and the Upper Midwest are the fastest warming locations in the lower 48 U.S. states. 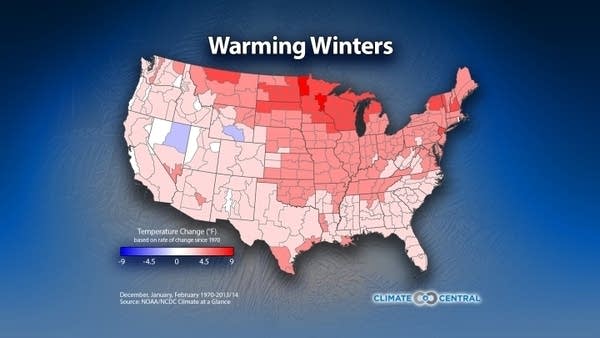 Overall winters have warmed by about 5 degrees in the Twin Cities since 1970. 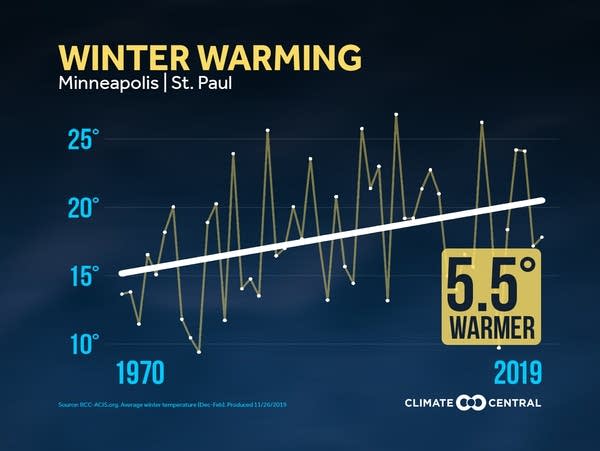 That’s a dramatic change in many of our lifetimes.

Overall Minnesota is about 3 degrees warmer and 3 inches wetter than 1900. 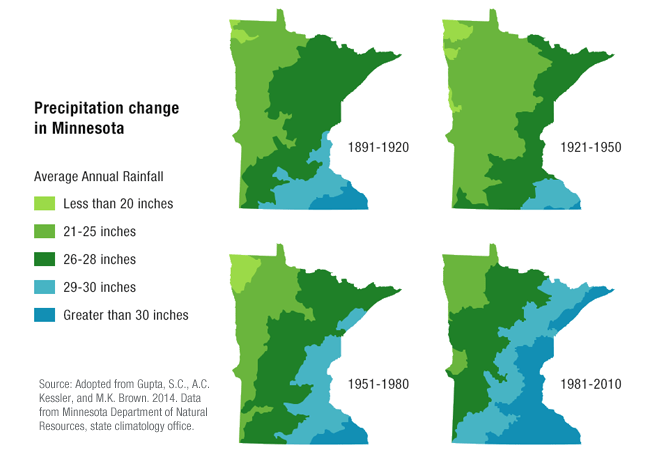 There’s one element of updating our weather average every 10 years that has a masking effect on climate change. When our daily and monthly averages go up every 10 years as our climate warms, it tends to mask the overall rise in temperature compared to the 20th-century temperature averages.

You can see how temperatures in Minnesota are trending higher since 1895. The past 30 years average is higher than the 20th-century average overall. 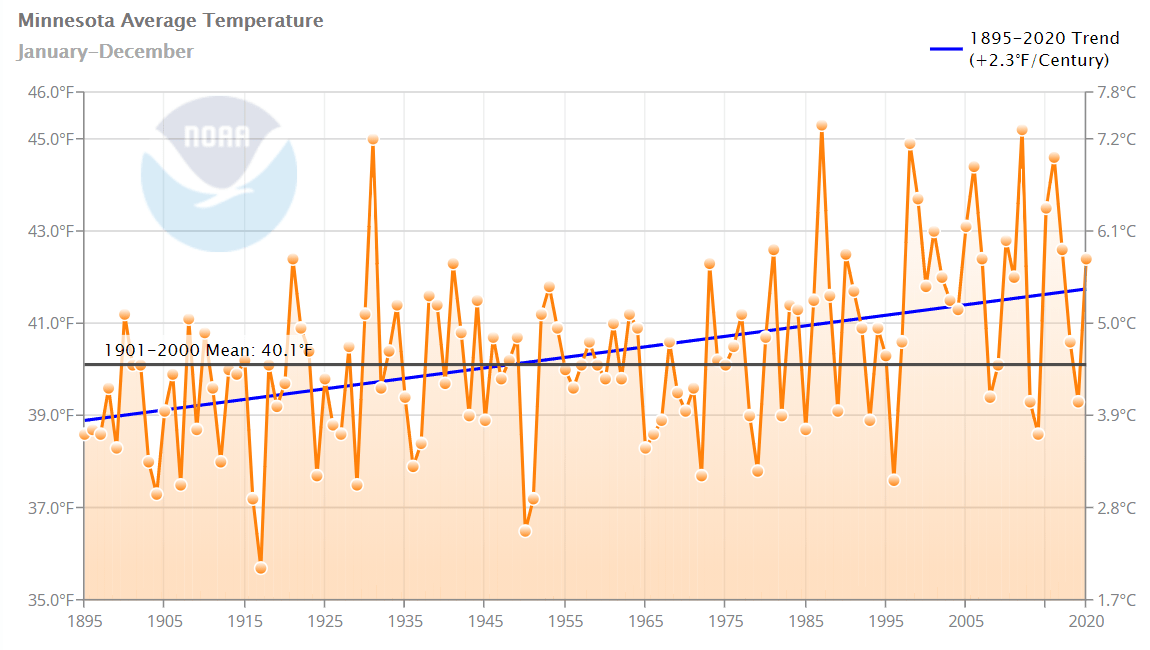 So on a day when your local meteorologist tells you the temperature was 3 degrees above average based on the latest 30-year averages, it was really more like 5 to 6 degrees above the 20th-century average.

You can be assured I will be pointing that context out in my weathercasts as the new 30-year normals take effect in May.

To see the original story and read related stories, follow this link to the MPR News website.  https://www.mprnews.org/story/2021/04/21/new-30year-climate-normals-show-dramatic-warming-in-minneso...