The Grand Portage Band of Lake Superior Chippewa engages in wildlife research projects throughout the year with wolves, deer and other wildlife. This moose is being fit with a GPS collar. Photo: Seth Moore/GPBLSC

The border between Minnesota and Ontario remains closed, but that hasn't stopped wildlife from moving between Canada and the U.S.

The wildlife biologist for the Grand Portage Band of Lake Superior Chippewa said animals from that community make regular forays into northwestern Ontario.

He said all of those species are crossing the border into Ontario, with some staying longer than others. 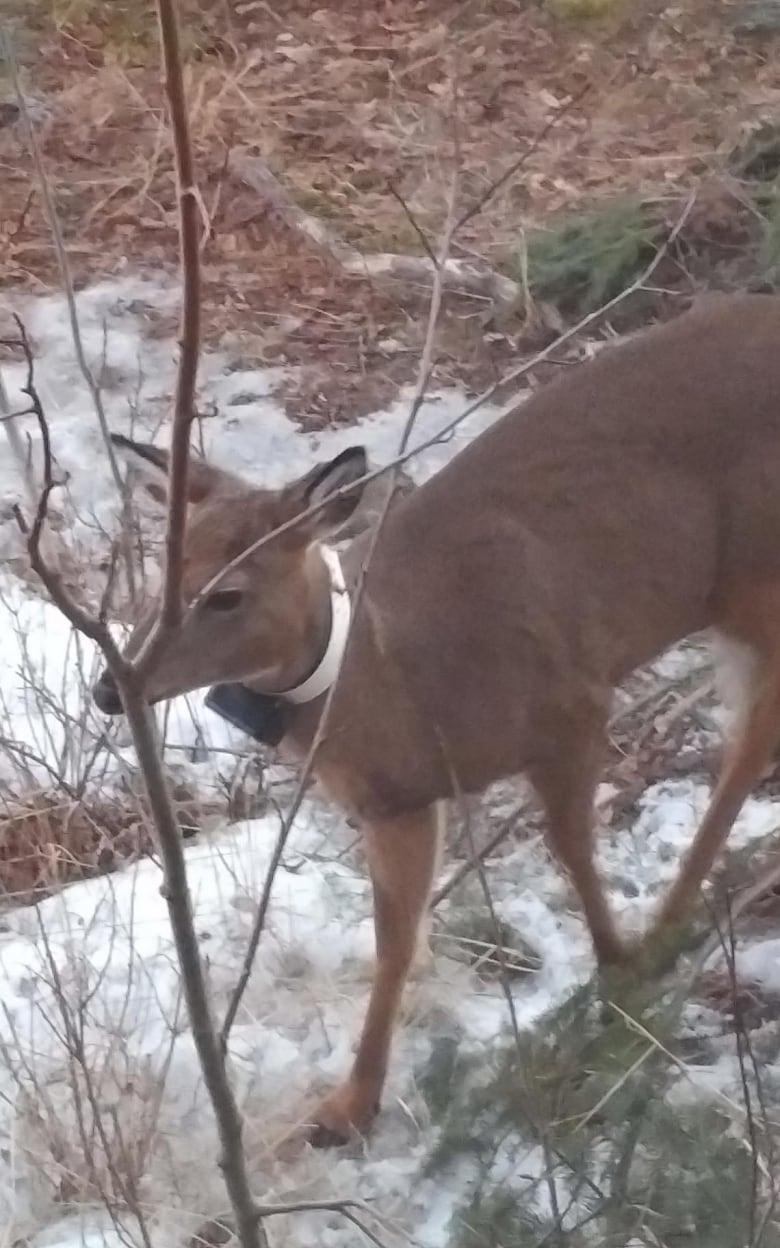 Collared whitetail deer such as this one have been tracked leaving Grand Portage and summering in the agricultural land between Pigeon River and Thunder Bay.  Photo: Seth Moore/GPBLSC

"We have moose that go back and forth across the Pigeon River. With deer it's not quite so back and forth on a daily basis. But quite a few deer winter in Grand Portage and summer in Ontario."

Isaac said the band began capturing whitetail deer six years ago in what's called a clover trap. That is a big box trap with mesh netting to manually restrain deer.

At the same time, they began outfitting deer with GPS tracking collars. The band captured about 160 deer and, of those, 120 were collared.

"We have what would essentially be called wintering habitat here in Grand Portage," said Isaac."The deer are concentrated down by Lake Superior from November through April, and then in late spring, quite a few of them go across the border into Ontario."

"So we're talking about that Slate River Valley area between Pigeon River and in Thunder Bay. So movements from 10 miles up to 40 miles away from Grand Portage to what we consider their summer range."

Isaac said the deer numbers have been generally down the past few years, although he admitted it's hard to get a good feel for just how much they are down.

He noted recent winters were conducive to wolves feeding on deer.

"Predators can float on top of that hard snow crust," he said. "And we saw high deer mortality due to wolf predation."

Isaac said the band has been studying wolves since 2007, trapping and outfitting these animals with GPS tracking collars. He said this allows them to understand the size of their range. 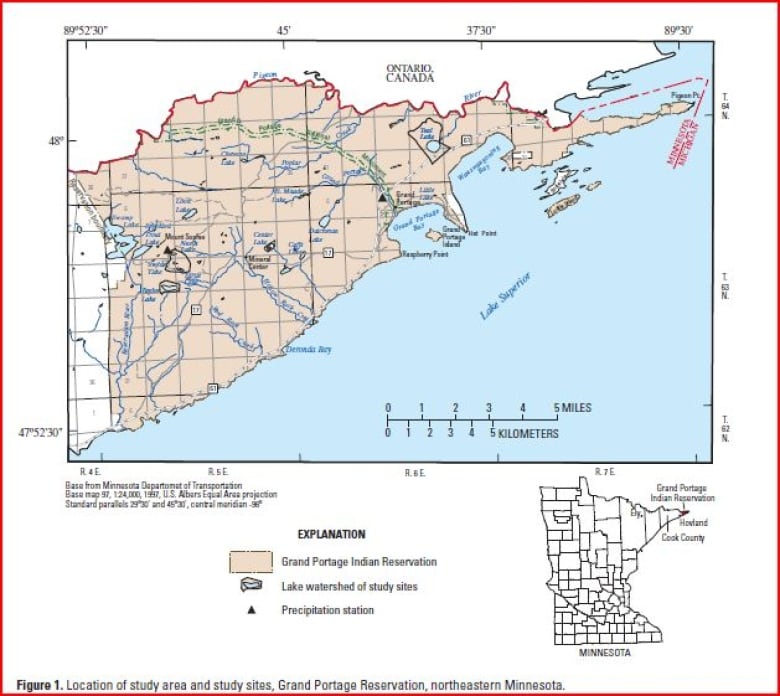 The Grand Portage Band of Lake Superior Chippewa reserve land butts up against the border of Ontario. Photo: Wikipedia

"If we know where they are, we can do some specialized flights to understand how many animals are within that pack and what do they do within that pack," he said. "If we have multiple collared animals within a pack, we can take a look at hunting movements or movements within that unit in a smaller geographic space."

Like the deer and moose, Grand Portage wolves have been ignoring the border when they decide to travel.

"Animals are moving back and forth," Isaac said. "So we were talking about shared resources. We have three wolf packs that utilize both Grand Portage and sections of Ontario."

Isaac said the band also just began collaring black bears last fall. He said they saw similar results, where bears were moving a considerable distance away from Grand Portage, with some of them into Ontario.

"A lot of times we have more questions than answers," said Isaac. "But the real shocking thing is how these animals move back and forth. And a political border is just a political boundary."

To read the original story and see related outdoors reporting, follow this link to the CBC Thunder Bay News.  https://www.cbc.ca/news/canada/thunder-bay/grand-portage-band-in-minnesota-notes-wandering-wildlife-...