Latest on COVID-19 in MN: Half of adults have 1 dose of vaccine; state passes 7K deaths Nurse Sam Kissi, left, draws a dose of COVID-19 vaccine into a syringe before administering it to Zarea Fonge at a vaccine clinic put on by Black Nurses Rock and Ramsey County at Shiloh Missionary Baptist Church in St. Paul on March 28.  Photo:  Evan Frost | MPR News file

More than half of Minnesota adults have now received at least one dose of a COVID-19 vaccine. But as the state reached that encouraging milestone Saturday, it also saw its pandemic death toll surpass 7,000.

Health Department calculations on Saturday showed 50.8 percent of state residents 16 and older have received at least one vaccine dose, with more than 35 percent completely vaccinated.

At the same time, known active cases are now at levels not seen since December.

Overall, it’s a continued mix of hopeful and concerning news as the state works its way through another COVID-19 wave. 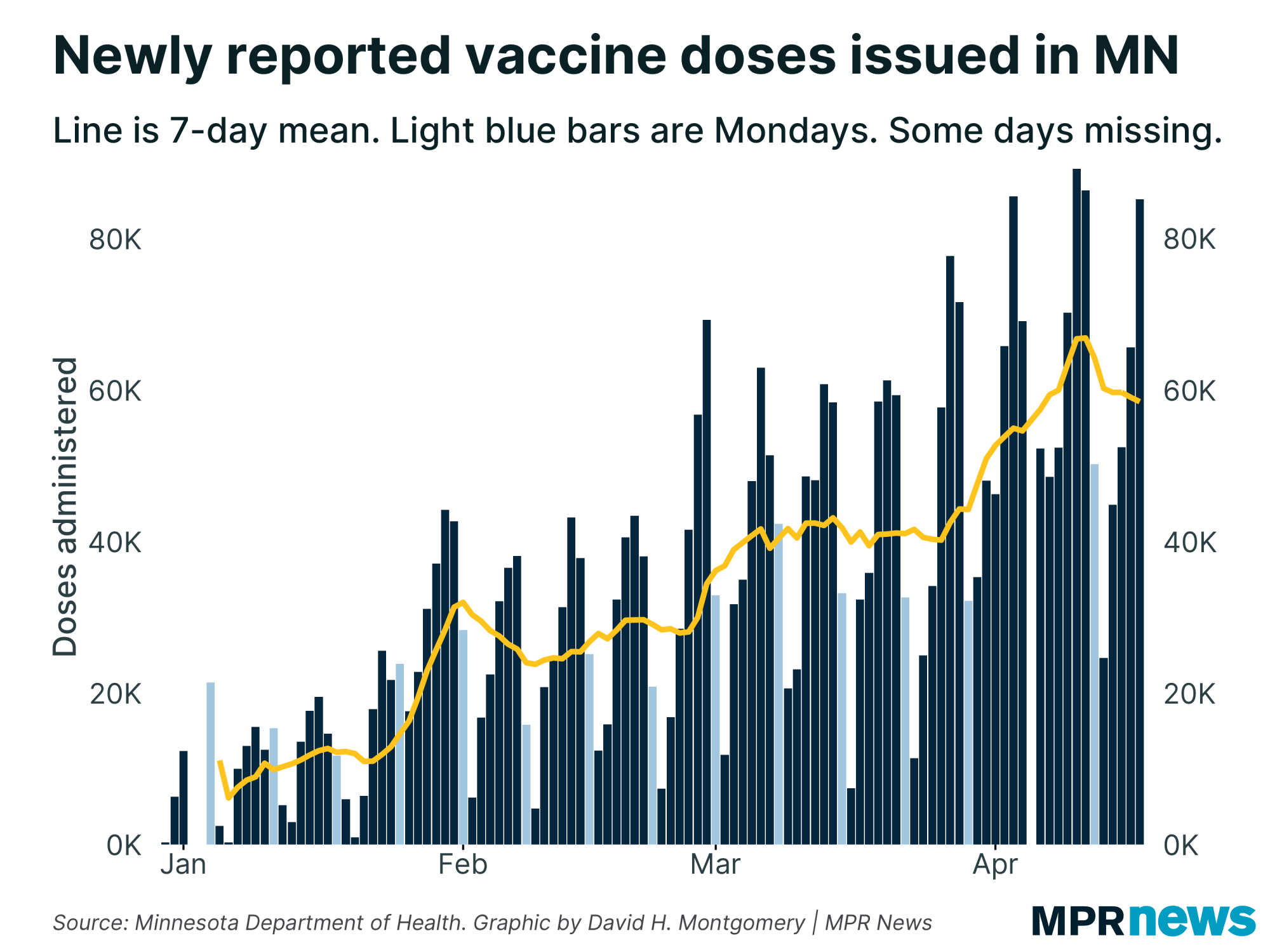 Saturday’s Health Department data showed more than 1.5 million Minnesotans fully inoculated while about 2.2 million have received at least one dose, including about 85 percent of residents age 65 and older. The agency reported more than 85,000 additional vaccinations, among the highest single-day totals so far.

A short-term dip is coming, though, in the vaccination pace, due to the pause on Johnson & Johnson vaccine distribution. 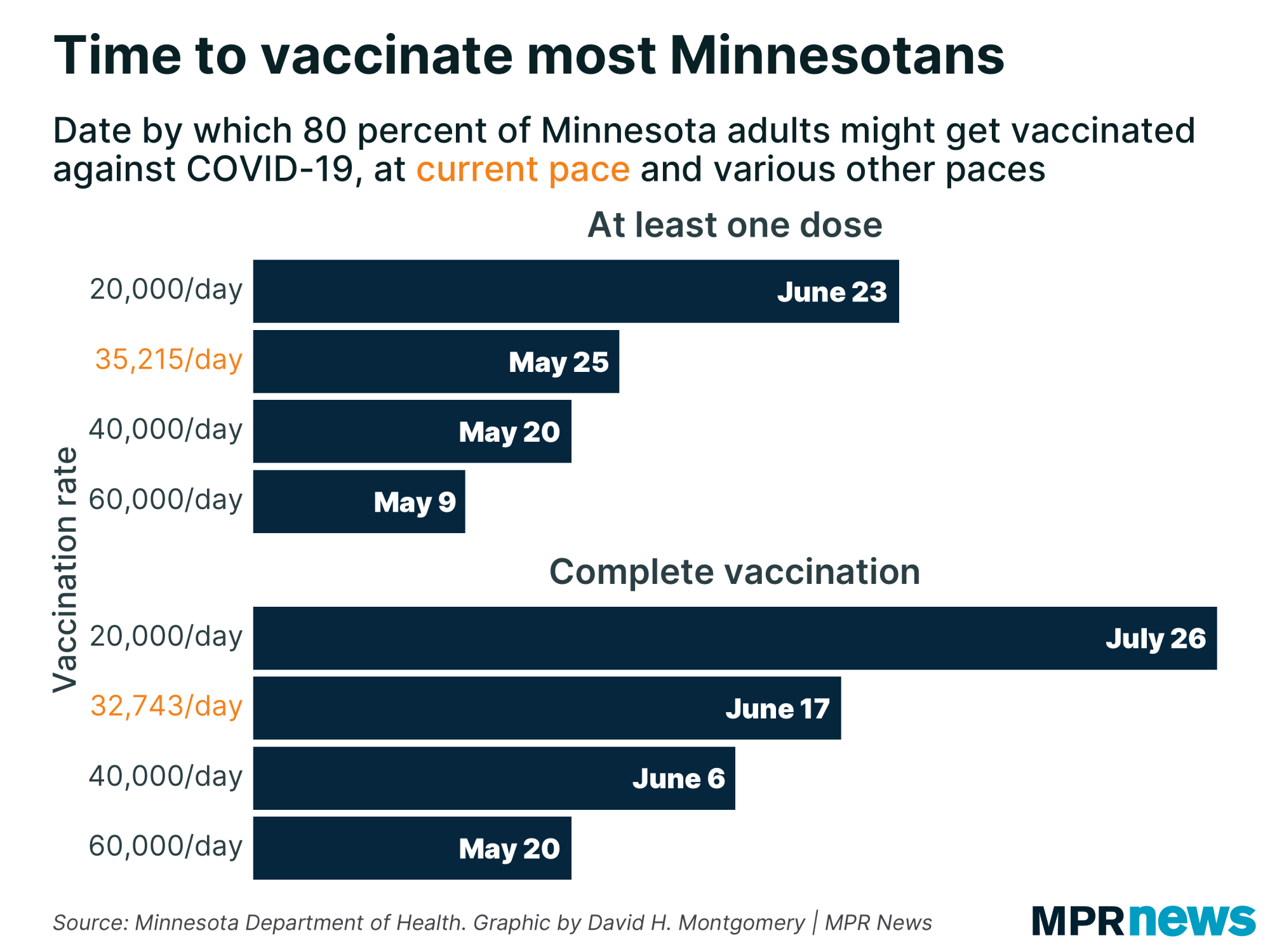 At the current rate of vaccinations, 80 percent of Minnesotans 16 and older will have one dose by the end of the May.

Before this week’s J&J pause and an earlier factory mishap, officials had been hopeful that a flood of new J&J vaccines would combine with existing Pfizer and Moderna vaccines to drive Minnesota’s vaccination rate to a new level.

The newest report shows 671 people in Minnesota hospitals with COVID-19 as of Thursday; 165 needed intensive care, staying near the highest number of ICU patients since early January. 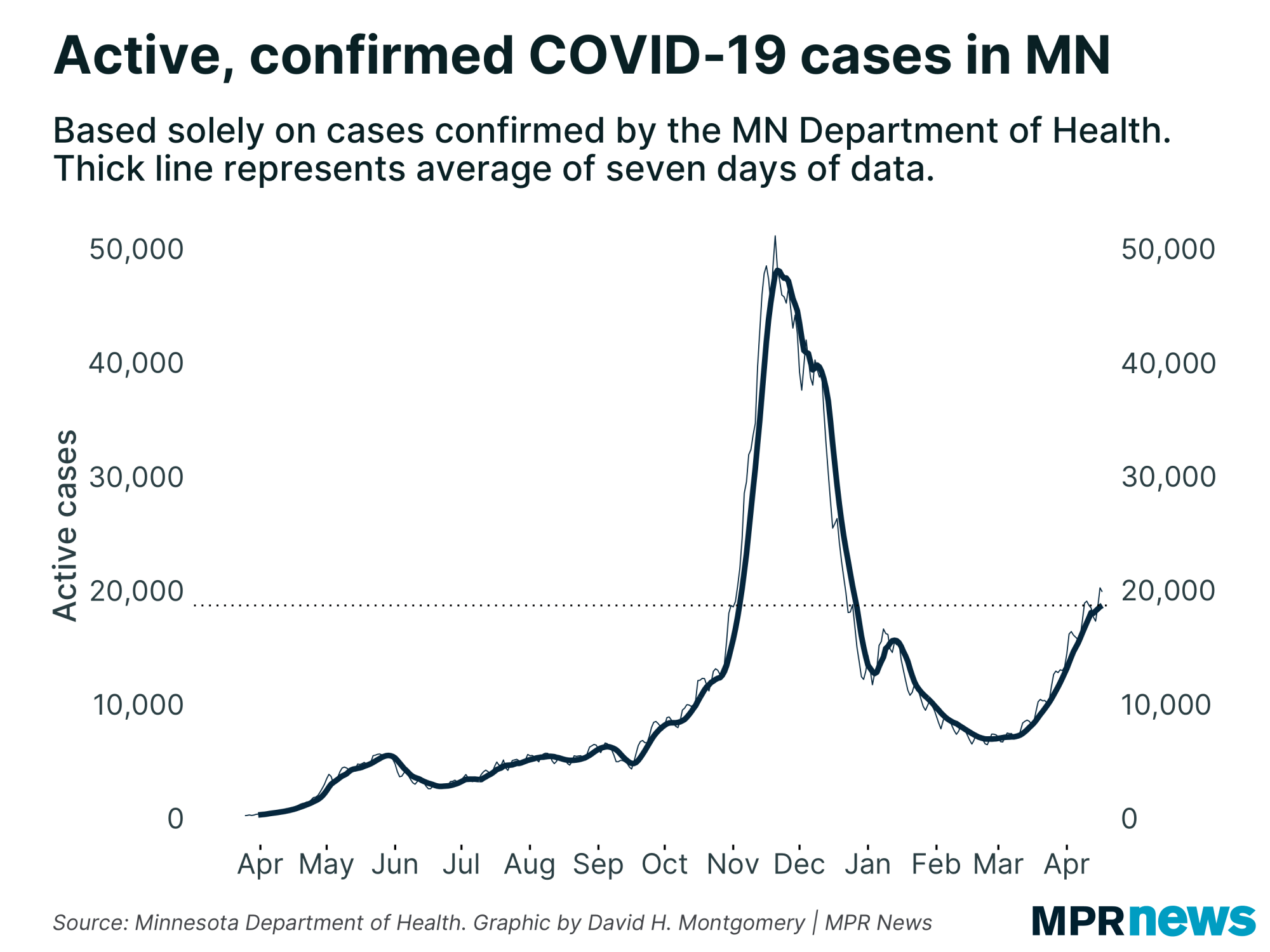 Ten deaths reported on Saturday raised Minnesota’s overall pandemic death toll to 7,005. Among those who’ve died, about 62 percent had been living in long-term care or assisted living facilities; most had underlying health problems. 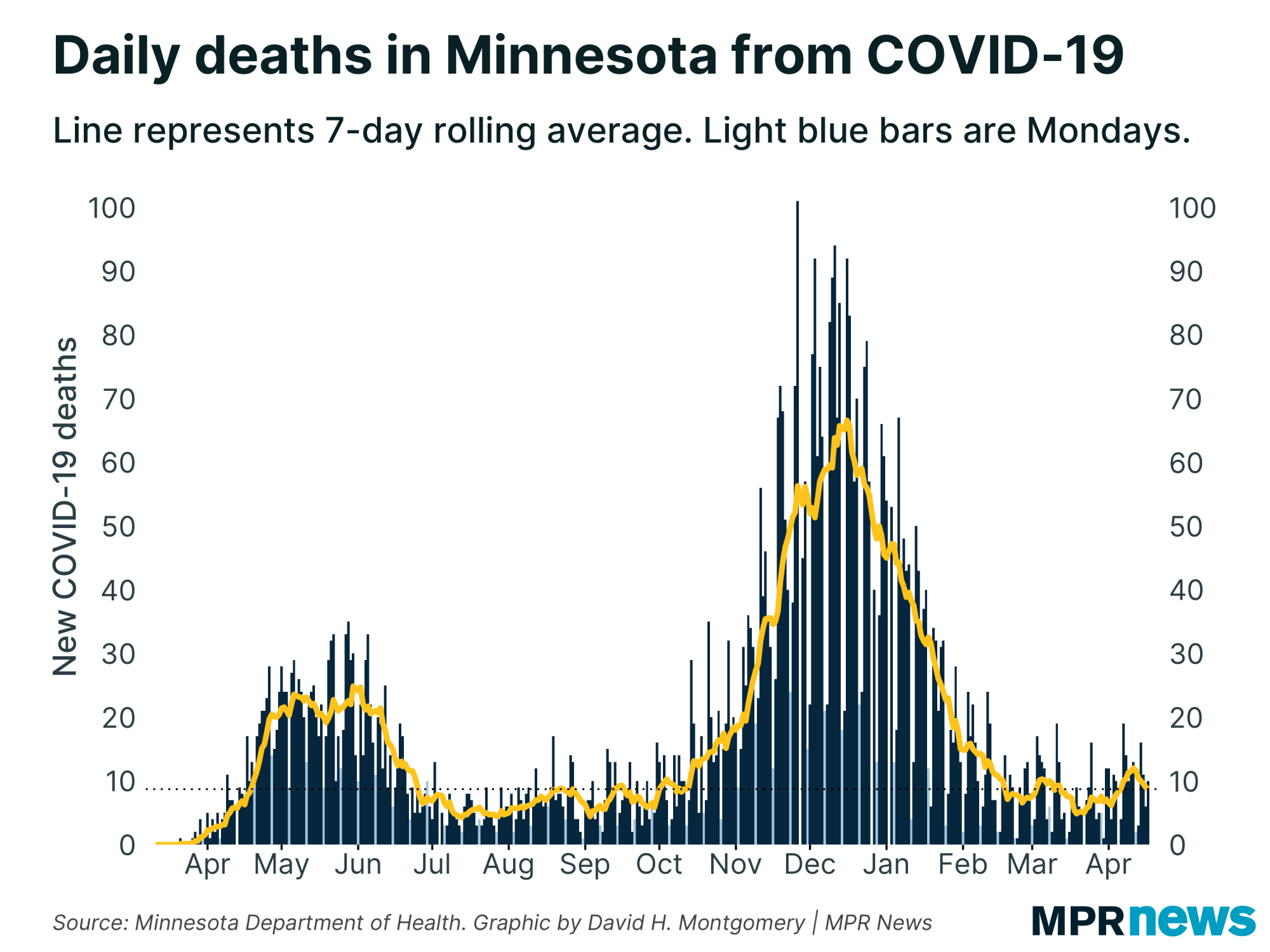 The state has recorded 554,536 total confirmed or probable cases so far in the pandemic, including 2,429 posted Friday. About 95 percent of Minnesotans known to be infected with COVID-19 in the pandemic have recovered to the point where they no longer need to be isolated. 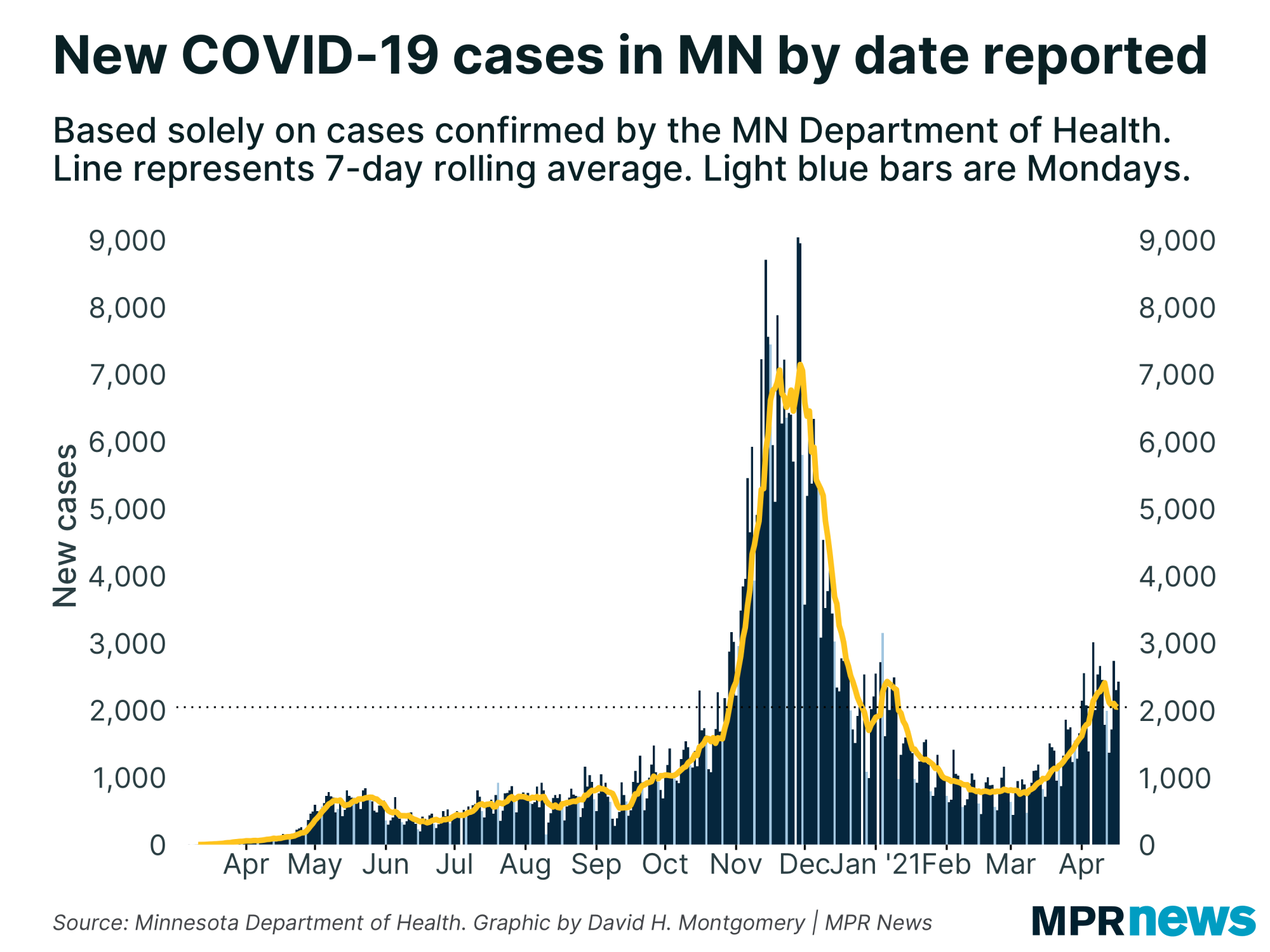 There are signs that the current wave may be ebbing. The percentage of tests coming back positive for COVID-19 has been basically flat over the past week, at around 6 percent after growing steadily in prior weeks

Thanks to vaccinations, officials don’t believe Minnesota will experience the kind of steep surge in cases seen in November and December but that doesn’t mean the worst of the current wave is over. 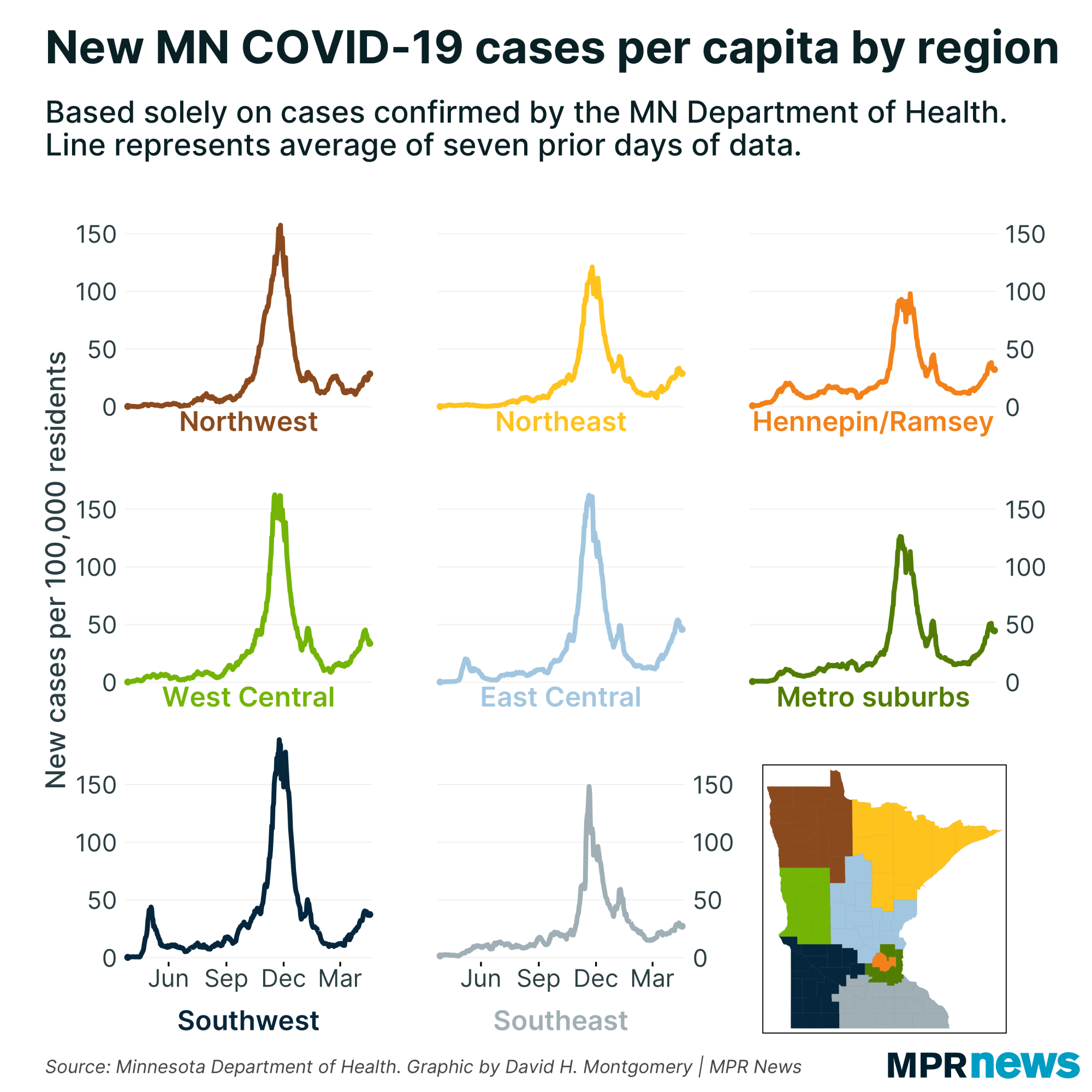 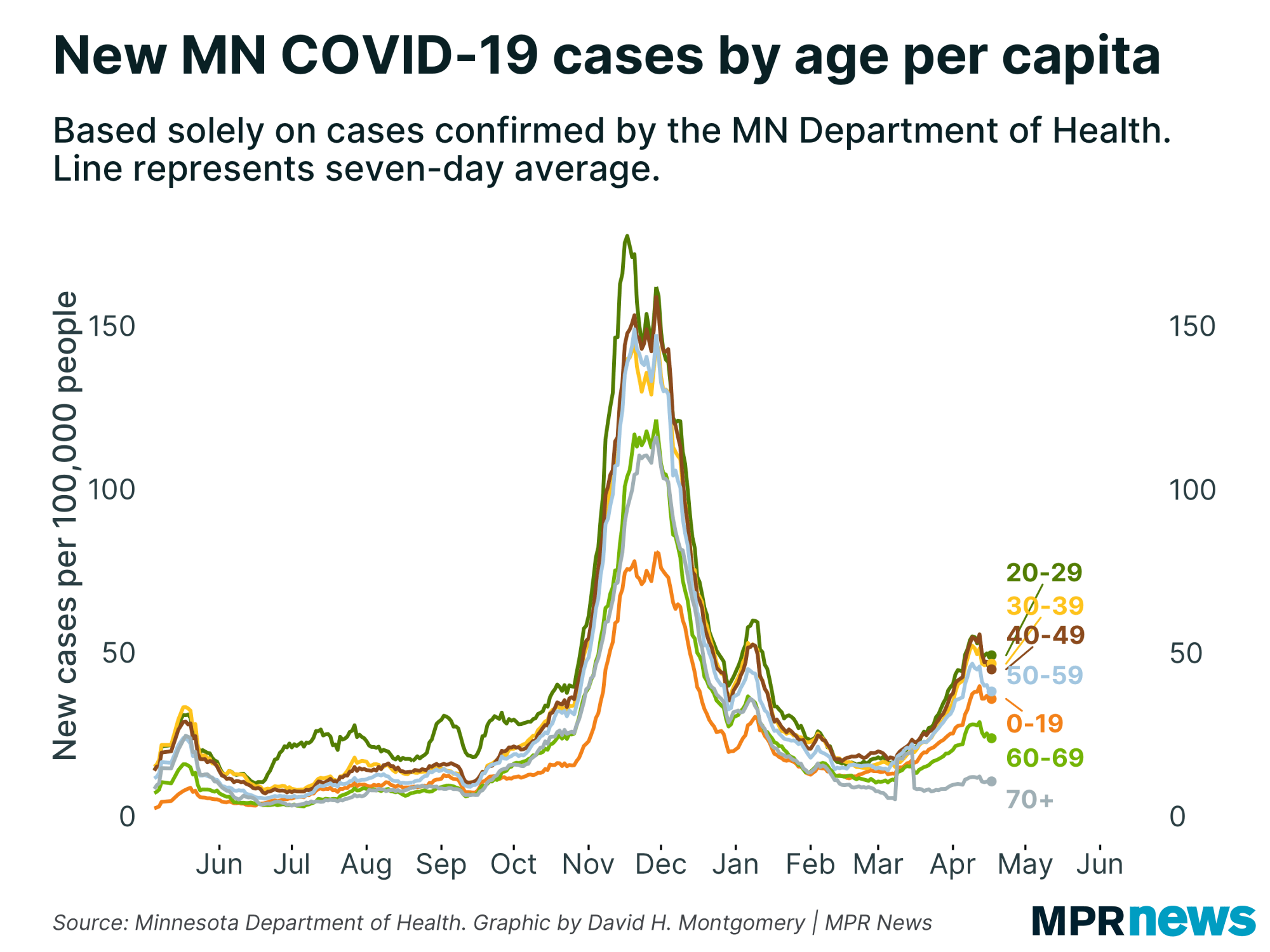 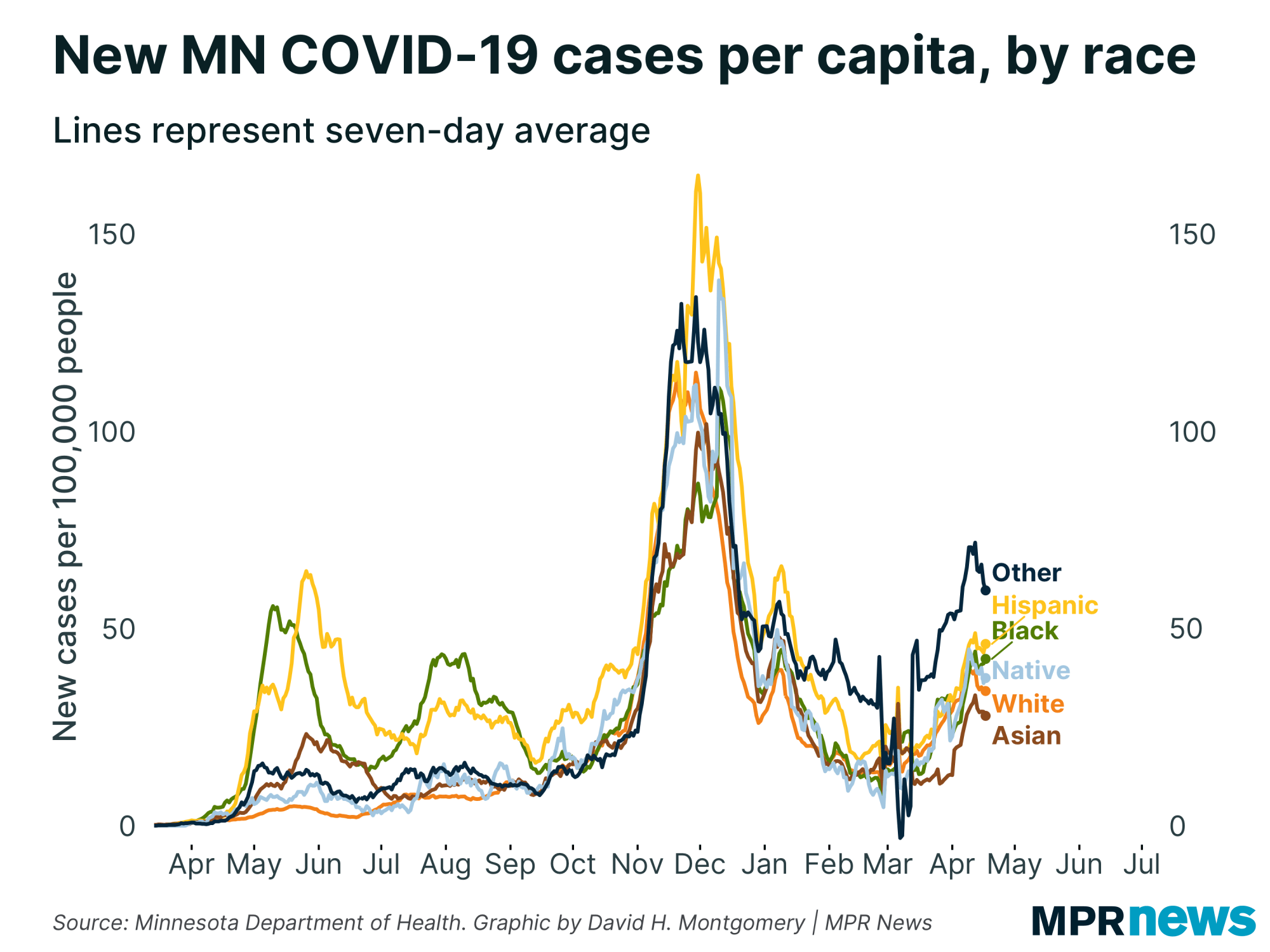 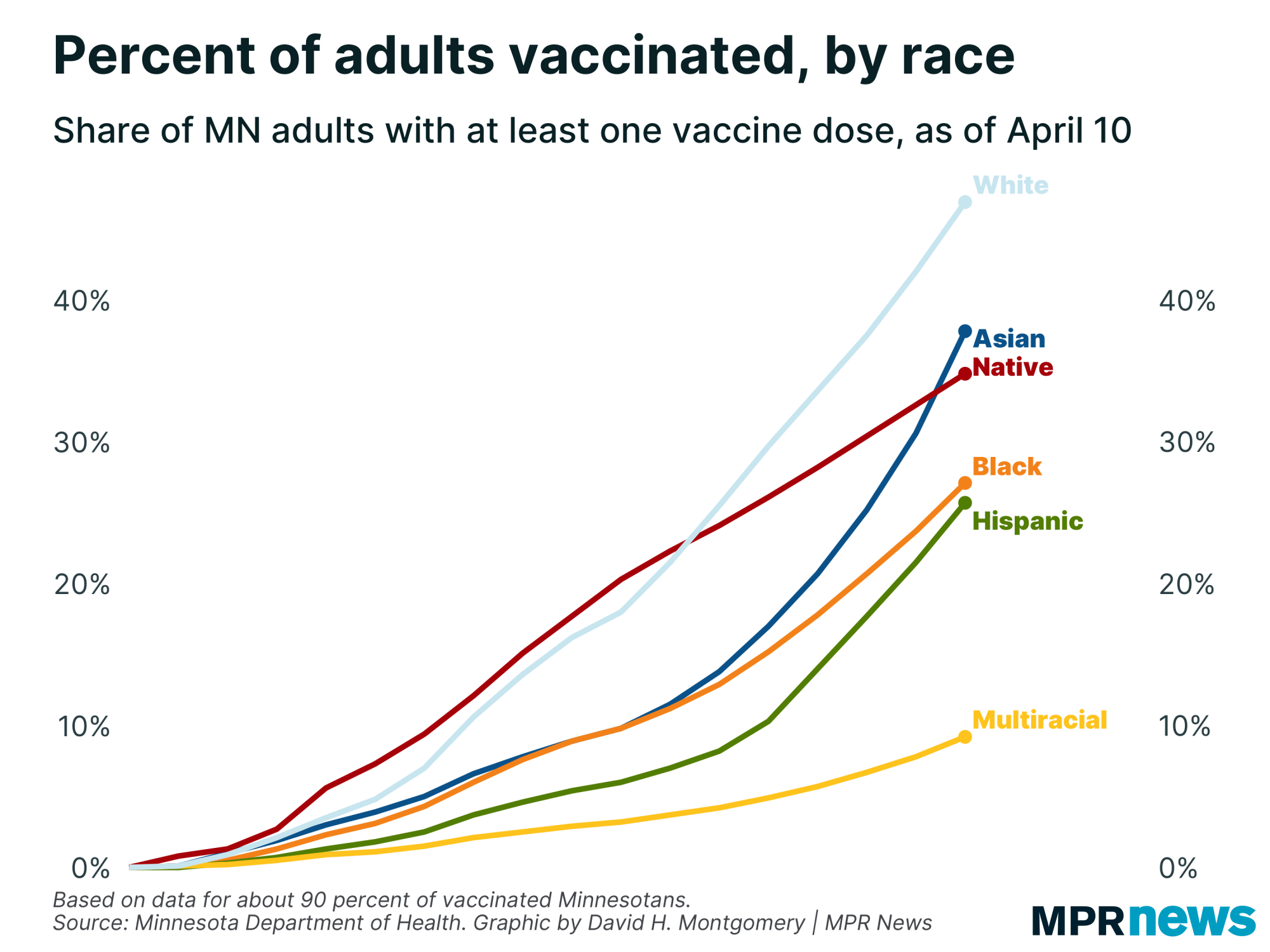 To see the original posts and read more COVID-19 reporting, follow this link to the MPR News website.  https://www.mprnews.org/story/2021/04/17/latest-on-covid19-in-mn