Agents with the Minnesota Bureau of Criminal Apprehension, which is investigating the shooting, arrested Potter at 11:30 a.m. She was booked into the Hennepin County Jail soon after. After posting bail around 5:38 p.m., Potter was released. 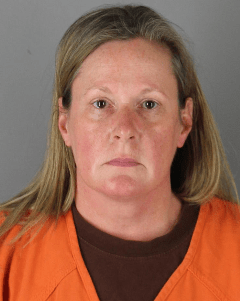 “While we appreciate that the district attorney is pursuing justice for Daunte, no conviction can give the Wright family their loved one back. This was no accident. This was an intentional, deliberate, and unlawful use of force,” the statement said. “Driving while Black continues to result in a death sentence. A 26-year veteran of the force knows the difference between a Taser and a firearm.”

Wright, 20, was shot and killed during a traffic stop in the Minneapolis suburb on Sunday. Brooklyn Center's police chief, who has since resigned along with Potter, on Monday said Wright's killing was an accident.

Former Chief Tim Gannon said that Potter had intended to stun the man with her Taser gun but accidentally drew her handgun instead and fired once.

The criminal complaint filed by the Washington County Attorney’s office says while Potter held her gun in her right hand, her Taser was holstered on her left side, with the handle pointed backwards, just as her firearm was. The court document said Potter “would have to use her left hand to draw the Taser out of its holster.”

The Hennepin County Medical Examiner said Wright died by a single shot to the chest and ruled the death a homicide.

Brooklyn Center mayor Mike Elliot announced the city will be under a curfew from 10 p.m. to 6 a.m. Wednesday night.

Intent isn’t a necessary component of second-degree manslaughter in Minnesota. The charge — which carries a maximum penalty of 10 years in prison — can be applied in circumstances where a person is suspected of causing death by “culpable negligence” that creates an unreasonable risk or consciously takes chances to cause the death of a person.

Asked how he arrived at the charging decision, Orput said: “I think it’ll be evident when you read the complaint.” 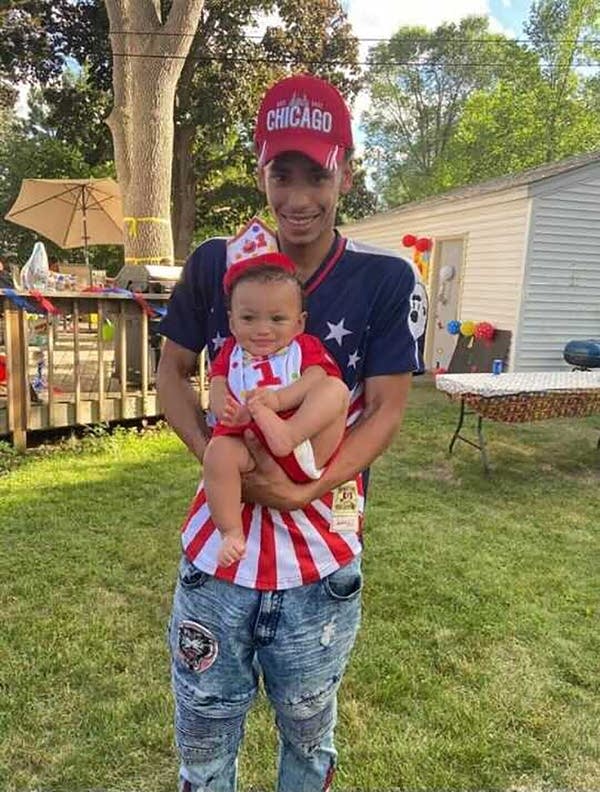 Wright was stopped by police at around 2 p.m. Sunday as he was driving in a residential neighborhood.

Brooklyn Center police said in an earlier statement that officers discovered “an outstanding warrant” and tried to take him into custody, when he got back into his car. Gannon on Monday noted the registration tabs on the license plates were expired, although it wasn’t clear if that was the initial reason for the stop. Wright's mother, Katie Wright, who was on the phone with her son during the stop, said Tuesday her son told her he was stopped because of an air freshener hanging from his rearview mirror.

Footage played Monday by the chief showed officers taking Wright into custody by the car but Wright gets away from their grip and back into the driver’s seat as a struggle ensues.

Potter can be heard yelling “Taser! Taser! Taser!” to alert her fellow officers that she plans to stun Wright. But she’s holding her handgun when she fires.

Wright managed to drive off but crashed into another vehicle several blocks away.

The charge follows a third night of unrest in Brooklyn Center.

Hundreds gathered again at the city's police station, guarded by the State Patrol and National Guard, calling for justice for Wright.

About 90 minutes before a 10 p.m. curfew, police began ordering the crowds to disperse, warning that anyone who didn’t leave would be arrested.

Police said the dispersal order came before the curfew because some protesters were trying to take down the fencing around the police station and throwing bottles and bricks.

To see the orignal report and related stories, follow this link to the MPR News website.  https://www.mprnews.org/story/2021/04/14/protesters-police-clash-for-3rd-night-decision-soon-on-char...