'It’s time to create our own table': Minnesota Parent Union seeks to empower students and families If there’s something that is not working for a Minnesota student or their family at their school, Mustafa Diriye wants to hear about it.

“Families are complaining that their kids are not learning — their progress is going down, they’re losing a lot,” Diriye said. “They’re trying. Families are really working hard to educate their children. But sometimes they don’t have all the answers and they don’t have much to help themselves.”

Diriye, who is bilingual, has signed on to become a family advocate for the newly founded Minnesota Parent Union. He spends his days fielding questions and complaints from families about Wi-Fi and technology, after-school programs, discipline disputes or attendance warning letters.

Sometimes he just helps families communicate with their school administrators. But he also connects them to food banks, or helps them learn how to advocate at school board meetings.

“I educate families ... I engage [with] families about their issues, whatever their issues are,” Diriye said. “That’s my joy in life — when I see families doing the work and you can see all they need is support, and the Minnesota union provides that support.”

The organization was started in 2019 by former Black Lives Matter activist, Rashad Anthony Turner. It’s meant to give training and agency to families of color and low-income white families, who Turner said are all too often marginalized and left out of decision-making conversations in Minnesota schools.

“When you think about parents of color, Indigenous parents, and you think about the decision-making tables where things happen, those folks aren’t there,” Turner said. “They’re not invited to the table, they’re not provided with the information that is necessary. ... It’s been far too long that parents of color have been pushed to the margins, kept away from the table, so we said, ‘Hey, it’s time to create our own table.’”

Minnesota’s education system has long been defined by racial inequalities that favor white students over students of color. But Turner said the pandemic has made those inequalities clearer than ever.

“Over the spring, over the summer, there’s been a different energy. And I think that that energy comes from more parents being able to see just how bad our education system is on a day-to-day because of distance learning,” Turner said.

Turner and Diriye have had families come to them with complaints about schools not providing information in their languages. Others have struggled to acquire or use the technology they need to participate in online classes. Many, marooned in apartments with several students trying to handle distance learning all at once, are fed up with schools not providing in-person options. 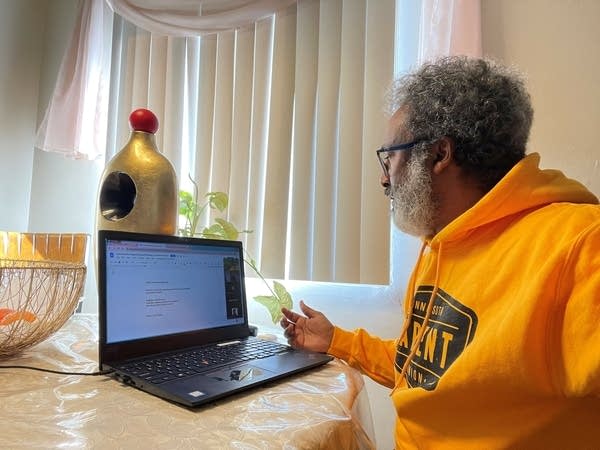 “We’re seeing a system that has never been ready for these kinds of events,” Diriye said. “[Parents] have a tradition of going to a school and saying, ‘My kid needs this or that’ — whatever they need to help. But just sitting down behind the [computer] glass, they can’t really help their child. Most of the families have essential workers. They don’t have the luxury like me of working from home. So it’s been very challenging, very hard.”

Diriye and his colleagues conduct training sessions over Zoom to give parents the tools they need to attend school board meetings and understand the education system. Turner said they’ve been able to connect with more than 600 parents. They’ve helped close to 150 families find new schools. And they’ve had virtual panel discussions with superintendents and leaders in the state Education Department. They’ve also thrown their support behind the Page Amendment proposal at the Capitol.

At the start of the school year, they helped organize a boycott of Minneapolis Public Schools, calling on families to unenroll after hearing complaints about being unable to access the tools and information necessary for distance learning. 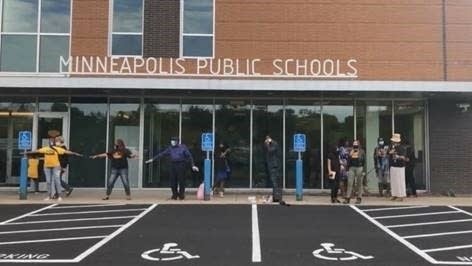 But Turner insists he isn’t just pro-charter school or focused on pulling students and families out of districts. As evidence, he points to a group of families at a Minneapolis charter his union worked with. More than two dozen families, after confronting the charter’s leadership about low performance, left the school — many for nearby district options.

“More parents were able to see what was happening — not that it hadn’t been happening before COVID — but now with all of us stuck at home, there was no choice ... but for them to open their eyes and see what was really going on because we all had to become teachers,” Turner said.

One of the parents that’s gotten involved with the union is Hawo Farah. The mother of two, born in Somalia, was frustrated when her daughter, Zeyneb, faced bullying at a school in Minneapolis. She transferred her daughter to a different school in a northern suburb, but continued to face trouble with one of the teachers there. She said meetings and conversations with school staff didn’t help.

Then she met Diriye. She said he helped her understand her rights as a parent and how to find a new school, Hiawatha Academy, where she now sends both her children.

A few months later she told Diriye she wanted to become a family advocate herself.

That’s exactly the sort of work Turner hopes the parent union can continue to do.

“It’s embarrassing, our education gaps are embarrassing,” Turner said. “You can go back 10 years, 20 years and you can see a bunch of different efforts, a bunch of different initiatives and you can see that parents of color, low-income white parents, we haven’t been there, we haven’t been invited. But when we get there our voices are swept under the rug. So it’s really just time to change that.”

To see the original article and read related stories, follow this link to the MPR News website. https://www.mprnews.org/story/2021/03/17/mn-parent-union-seeks-to-empower-students-and-families