Leah Barr of Oakdale, Minn., is seen at the Lake Elmo Park Reserve on March 9. She says the pandemic and the need to keep distance from others has her spending more time outdoors than ever.  Photo: Mark Zdechlik | MPR News

At a trailhead in Washington County’s Lake Elmo Park Reserve, friends Leah Barr and Maureen Detviler stand before a large outdoor map, retracing the route of the hike they just finished.

Barr says she's been taking much more advantage of the outdoors thanks to the pandemic and the need to keep distance from others.

"I’m definitely doing a lot more outdoor activity," says Barr, 46, of Oakdale. "I have health issues so I have to be extra cautious — so getting outdoors for a walk or something is basically the big way I am seeing my friends.”

Detviler, who is 62 and lives in Woodbury, tells a similar story.

“I, too, have been getting out more. I used to go to a health club once upon a time, but the outdoors has been my health club for a long time," she says.

Even though it’s the middle of a workday, the 3 1/2-square mile park is busy, but not crowded — there’s plenty of room for everyone. And all those people in the park are far from alone.

The pandemic has inspired a surge of interest in outdoor recreation. Some in the industry predict lasting interest in being outside, long after the pandemic and its demand for social distancing have passed. 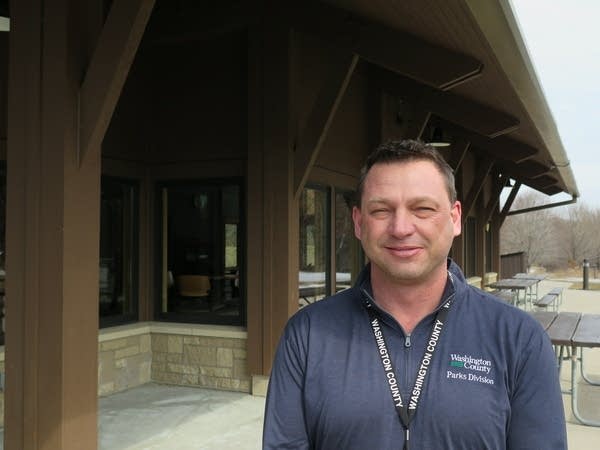 “People definitely are looking to get out and about and spend time in their safe groups whether it’s individually or with their own family," said Brad Eller, the guest services supervisor for Washington County's park system.

Eller says even though the parks waived entrance fees for a couple of months, revenue from those fees last year was up dramatically. And as the cross-county ski season wraps up, he’s expecting another busy spring, summer and fall.

“What we’re seeing is a lot of use of our multiuse trails — so cross-country skiing, hiking, biking,” he said.

The Minnesota Department of Natural Resources also said interest in state parks and trails is way up.

“Last year we experienced just unprecedented visitation across our system," said Rachel Hopper, who runs visitor services for state parks and trails. "State parks and recreation areas visitation was up 25 percent; for state trails, usage was up a full 50 percent there." 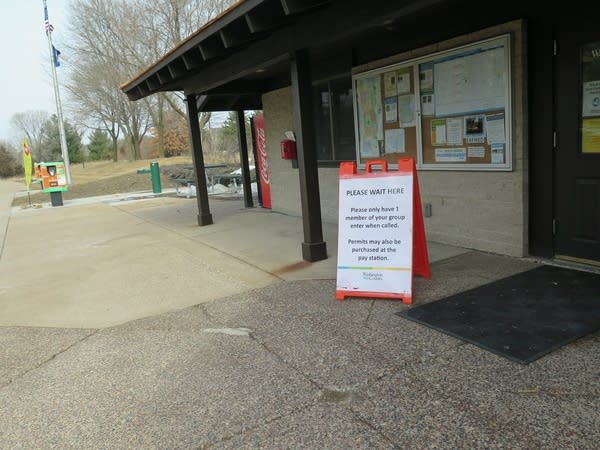 And it’s not just Minnesota. Lise Aangeenbrug, executive director of the Outdoor Industry Association, said interest in being outdoors has spiked all over the country.

More than two dozen states have offices of outdoor recreation and there’s a push for creating one in Minnesota as well, to promote economic development along with health and well-being benefits associated with outdoor activities.

Aangeenbrug, whose association supports such offices, said Minnesota could benefit from a more targeted focus on outdoor recreation, including making sure opportunities are available to everyone.

“We were seeing this trend pre-pandemic, but we’re pretty sure it’s only heightened during the pandemic — which is that people really want to have opportunities close to home," she said. "People are getting outside every day (and) having those close-to-home recreational opportunities are really important. And they’re also really important for increasing access and creating equitable opportunities for the outdoors.”

Biking is increasingly part of the outdoor mix. Erik’s Bike Board Ski has 33 locations in several states. At the Erik's in the Lyn-Lake neighborhood of Minneapolis, regional manager Chris Rogers said meeting the demand for outdoor equipment has been challenging at times. 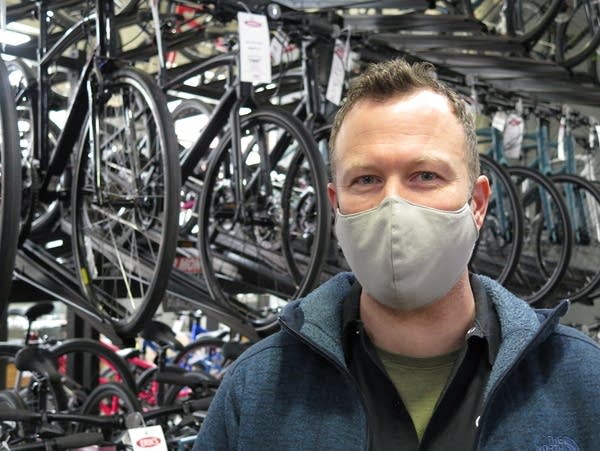 “Bike sales definitely took off, I would say April into May last season — and really never let off," he said.

"People are really excited to get out and find an outlet that they can do, and we saw it throughout all of our locations.”

Back at the Lake Elmo Park Reserve, Brad Eller of Washington County’s park system says he thinks the surge in outdoor recreation will be long-lasting, and that the new faces he and other people who work at parks have been seeing will become regulars.

“I think we’ll have more people that parks have made a difference in their lives, and we’ll see that trend continue," he said.

The DNR said that even though state park and trail visits were up, overall revenue was down last year in part because of the abbreviated camping season. The agency wants the Legislature to approve an increase in daily and annual entrance fees for state parks.

"Without that permit fee increase, what we'd likely have to do is cut services," she said. "That would result in shortened camping seasons, reduced cleaning and maintenance and potentially other reductions to services."

That comes amid the unprecedented demand — with higher-than-normal visitation occurring even through winter. Hopper said she's expecting another busy spring and summer this year as people continue flocking to the outdoors for socially distanced recreation.