A Minnesotan will debut his first feature-length film at the Sundance Film Festival, which got under way virtually this week. 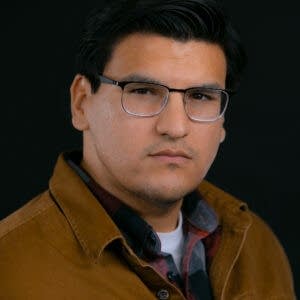 Lyle Mitchell Corbine Jr. is a member of the Bad River Band of the Lake Superior Tribe of Chippewa and is from Garrison, Minn. He's also one of Variety's “10 directors to watch for 2021” and director, writer and producer of "Wild Indian” starring Michael Greyeyes and Chaske Spencer as two Anishinaabe men who share a traumatic secret.

“I explore the idea of trauma and how trauma tends to perpetuate itself throughout communities. Traumatized people often traumatize other people,” Corbine said. “In this case, it’s about two Native characters who are bound together by a murder that was committed when they were teenagers.”

The film isn’t just premiering at the festival, it’s one of 10 showing in the U.S. Dramatic Competition category.

“That’s the hardest section to get into, so I’m really honored to be part of that section,” said Corbine, who has had two short films play at the festival. “When I got the call, I couldn’t sleep after that. I called everybody from my team, I called my parents, my family. It really meant something.”

Corbine’s film premieres at Saturday on the screening devices of ticketholders and on the big screen at Riverview Theater in Minneapolis, in partnership with the Minnesota nonprofit Film North. It will be followed by a talk with Corbine and Adam Piron, associate director of Sundance Institute’s Indigenous Program.

As an official festival partner, Film North will also host three other panels.

Corbine spoke with MPR News host Steven John. Click play on the audio player at the MPR website to hear their conversation by following this link.  https://www.mprnews.org/story/2021/01/29/minnesota-filmmakers-first-feature-film-competes-at-sundanc...