This screenshot is taken from the film "In Search of Wendell Beckwith." The film is narrated by Beckwith’s grandson, Tyler Beckwith Evans, who never met his grandfather, but learned about his life through the film and visiting the cabins. Photo: Thunder Bay Museum

A new documentary film focuses on the life of an American scientist who became a legendary part of northwestern Ontario folklore.

The film, "In Search of Wendell Beckwith," has just been released online by the Thunder Bay Museum.

The production is a partnership between the museum and local filmmaker Jim Hyder and it examines the life of Beckwith, an American inventor who lived alone on remote Whitewater Lake, between 1961 and his death in 1980.

Michael deJong is the curator the Thunder Bay museum.  He says the film explores the story of a man who defied a lot of odds to live where he did and to do what he did.

"Wendell was a very fascinating character," said deJong. "He was a scientist and inventor, but someone who really wanted to pursue science independently of what we might call the scientific establishment. And he had this ideal of pursuing science in an isolated environment, you know, free to sort of to pursue research on his own terms."

Beckwith, who was originally from Connecticut, is credited as the inventor of the sapphire nip for Parker Brothers Ball Point Pens. In 1961, Beckwith met Harry Wirth, a businessman who wanted to build a wilderness getaway in northern Ontario. Beckwith left his wife and five children with a trust and travelled with Wirth to Armstrong, Ont., to begin a new life.

The film, created by a team consisting of Hyder, Sarah Furlotte, Michelle Ember Clarke and Derek Ember Schmidt examines his background through archival footage and interviews with those that knew him best. 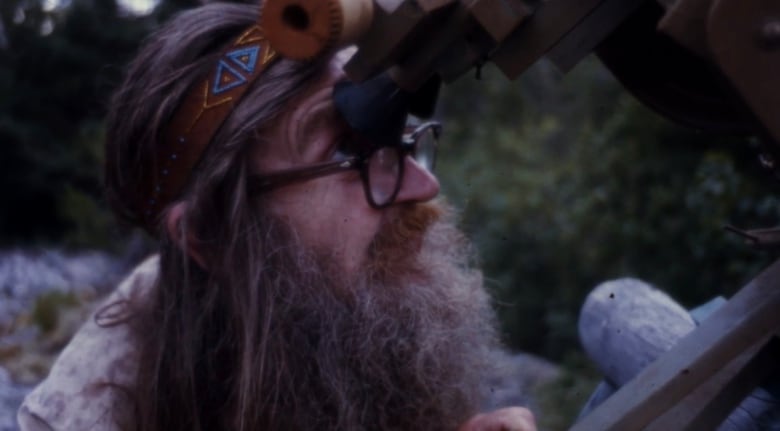 The documentary, which is a partnership between the Museum and local filmmaker Jim Hyder, examines the life of Beckwith, an American inventor who lived alone on remote Whitewater Lake, between 1961 and his death in 1980. Photo: Thunder Bay Museum

Those people include Harry Wirth, Rose Chaltry-Minar, Ruby Slipperjack and others.

Michael deJong says the film also discusses the relationships he forged with canoe trippers, explorers and especially, the Indigenous people of the area.

"He has been described in the past as a hermit," said deJong, "but he was anything but."

"He developed relationships with the local First Nations people, in particular the Slipperjack family. He recruited them to help build his cabins,"  deJong added.

"He had them create a series of artifacts in traditional styles that he collected and displayed in his cabins, but also, of course, they taught him skills on how to survive in the area because he was not as skilled as a craftsman. He was not really a woodsman, so they kept him alive."

The film is narrated by Beckwith's grandson, Tyler Beckwith Evans, who never met his grandfather, but learned about his life through the film and visiting the cabins that still remain on Best Island.

The Thunder Bay Museum holds the artifact collection and archival records created and collected by Beckwith, which play a role in the film, along with footage and photographs donated or loaned by individuals who met him.

The film development was supported by funding from the Ontario Arts Council, the Government of Canada through the New Horizons for Seniors Program, partner organizations and businesses including Environment North, Lakehead University, Wabakimi Provincial Park and Wilderness North, as well as individual donors.

"This project has been a long time in the making," said Jim Hyder, who met and interviewed Beckwith several times, "but it's been rewarding to partner with the Thunder Bay Museum to convey the fascinating story of Wendell's life and his legacy through film."

The film can be viewed on the Thunder Bay Museum's project web page, as well as directly on Vimeo: https://www.thunderbaymuseum.com/beckwith-film-project/

To see the original story and read related reporting, follow this link to the CBC Thunder Bay website.  https://www.cbc.ca/news/canada/thunder-bay/new-film-explores-the-life-of-northwestern-ontario-legend...