'Ambitious Girl' reminds kids: Your dreams are not a drawback When now Vice-President-elect Kamala Harris was "accused" of being "too ambitious" on the campaign trail, it spurred her niece, activist and author Meena Harris, into action.

"It really just stopped me in my tracks. ... I had had enough," Harris says.

So she wrote a children's book called “Ambitious Girl” in the hope that no young woman in the next generation would have her dreams characterized as a liability.

"I was thinking about my kids ..." Harris says. "Like, are we still going to be doing this with my daughters? Telling them, you know: You can be ambitious but not too ambitious. Stay in your lane. Stay in your little box."

The book, which is illustrated by Marissa Valdez, is a celebration of ambition. "It was really about reclaiming that word, redefining it, reframing it for the next generation," Harris says.

On what inspired her to write children's books

Becoming a kids' book author is never what I imagined. It was never on my my bucket list. I'm sort of an accidental author. ... [I remember] reading the classics to my older daughter and wondering, you know, where the black children were. They were not represented on the pages of books. We would color the skin color in with a brown marker; often we would change pronouns from he, to she, to they.

And I saw, you know, firsthand ... this idea that you can't be what you can't see. ... Now [my daughter] says she wants to be a president and an astronaut when she grows up — and that is because she saw a family member running for president. It's because she read a book about [astronaut] Mae Jemison. 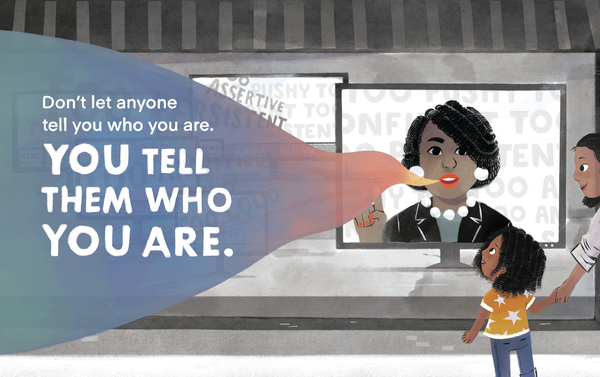 "Don't let anyone tell you who you are. You tell them who you are." ... That is actually something my grandmother used to say often to my aunt, my mom and to me. ... You are the only person who has power to define who you are — what your ambitions are and what your impact on the world will be. No one else should have the power to do that. And I think inherent in that is, again, claiming your ambition. 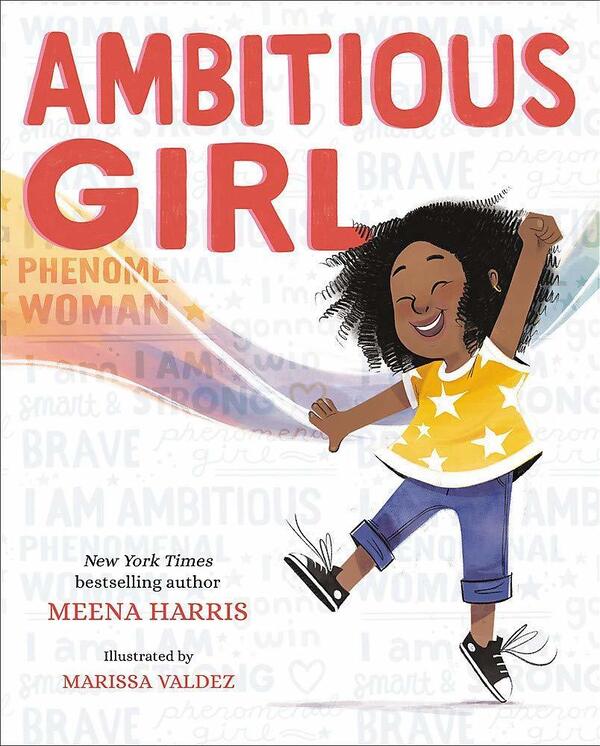 On daring to be the first

We need to continue to elect women leaders and to appoint women to positions of leadership ... My grandmother had another saying, which was: "You may be the first to do many things, but make sure you're not the last." ... Daring to be the first woman elected to do something, or the first black woman to be elected is, by definition, ambitious. And it's also not only ... achieving representation, but in doing so, you know, people are not able to tell us: "Oh, it can't be done — it's never been done, so it can't be done." It's about challenging the status quo.

On where she gets her creative spark

My grandmother was such an influential figure in my life. And when you say that "spark," I mean, I immediately think of her. That's the life that she lived — just unapologetically her — and encouraged all of us to pursue our dreams in the same way.

I come from this family of social justice lawyers and I had these incredible role models. Right? But I was always encouraged to pursue my dreams — not to be corny — but that's how I was raised ... and I'm super thankful for that. 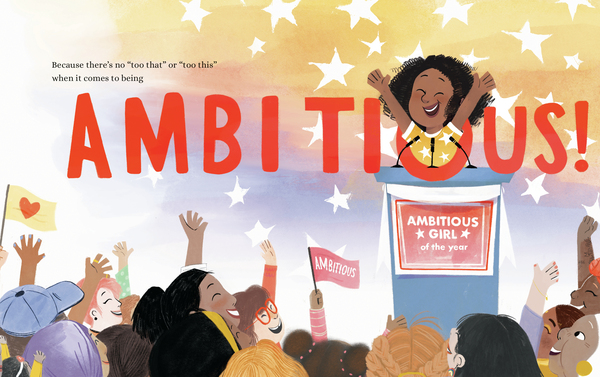 
To hear an audio version of the full interview and read more arts reporting, follow this link to the  MPR News website. https://www.mprnews.org/story/2021/01/09/npr-ambitious-girl-reminds-kids-your-dreams-are-not-a-drawb...
Arts+Culture