By Kathleen Ferraro of Travel and Leisure - September 19, 2020

Editor’s Note: Travel might be complicated right now, but use our inspirational trip ideas to plan ahead for your next bucket list adventure.

Arriving at the island’s Washington Harbor after stomaching seven hours of Lake Superior waves en route from Grand Marais, Minnesota, felt like we had crossed into a different time and place. The waters calmed, our cell service disappeared, and all you could see was an impenetrable patchwork of green forest covering the 45-mile-long island national park. More eagles than I had ever seen at once soared like pterodactyls above the treetops, sometimes plunging into the more than 100-foot-deep water to snatch fish. You half expect to see the forest cover shake from an approaching T-Rex — and you might, except in this case, the beast you’ll find is one of the island’s roughly 2,000resident moose. This was our welcome to Isle Royale National Park, the least-visited national park in the contiguous U.S., nestled in the northwest corner of Lake Superior near the Canadian border. The park, which includes hundreds of surrounding smaller islands, is a distinct capsule of northern American wilderness. The remote island, about 20 miles from the nearest shore, is home only to animals that can get there and survive: birds that make the flight, moose that make the swim, and wolves that trek the frozen lake. The waters teem with fish, otters, reptiles, and amphibians suited to Lake Superior’s icy temperatures and oceanic conditions.

The national park, well-known for its 165 miles of rugged trails and backcountry camping, is normally accessible by ferry from Minnesota or Michigan. But now, the island is only reachable by seaplane or personal boat due to ferry shutdowns because of the pandemic. This is in part why only about 300 people were at the park when we arrived, half of them by boat — about a third the usual amount of boaters. So, with a sailboat and a national park nearly to ourselves, we took on the island by water. 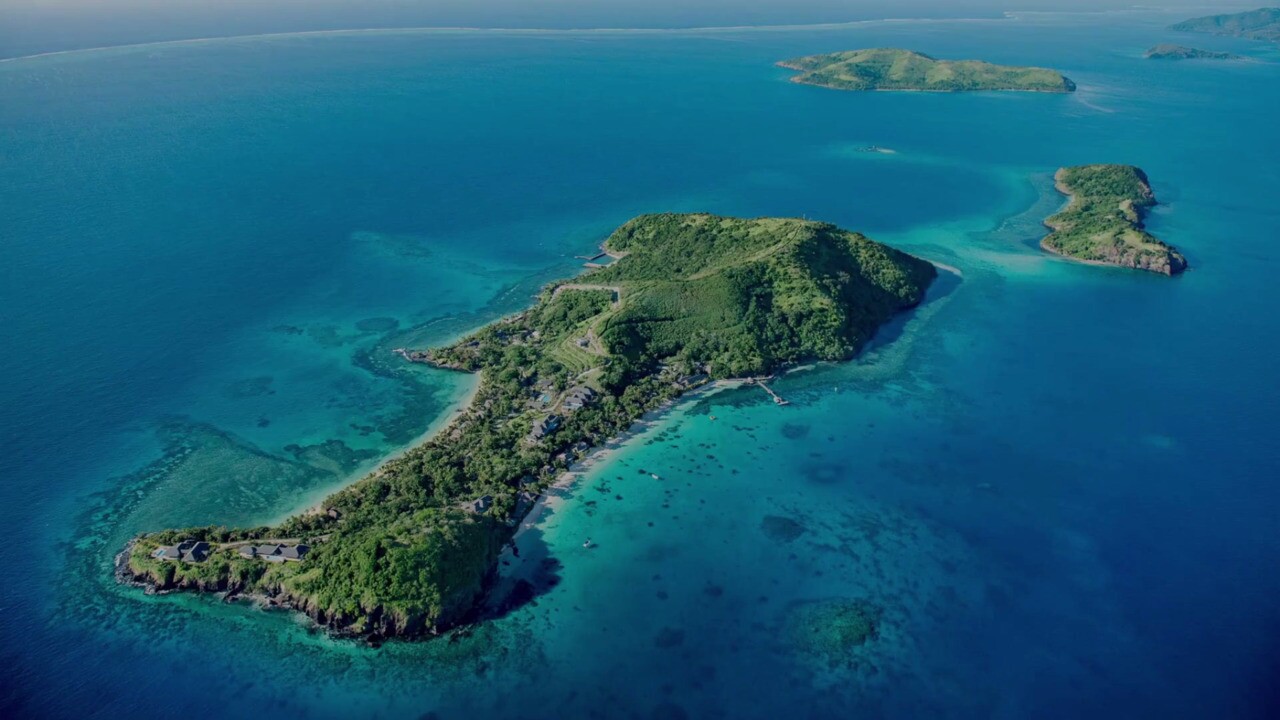 Getting to Isle Royale National Park

You can most easily sail to Isle Royale from Minnesota or Michigan. We embarked from the Minnesota side, where Grand Marais or Grand Portage are the best ports of call. Both spots have a marina to stop at, rest, and refuel if you’re sailing in from another part of the Great Lakes. From there, it’s about a seven-hour trip from Grand Marais and a three-hour journey from Grand Portage (weather-dependent) to the island’s southwestern entrance at Washington Harbor. Michigan’s best points of departure are Houghton or Copper Harbor. And it’s about a ten-hour or seven-hour sail, respectively, to the northeast hub of the park at Rock Harbor.

For those unfamiliar with Lake Superior’s vastness, the trek to Isle Royale is an adventure by itself. We cut through ocean-like waves toward a landless horizon until the pinprick of Isle Royale emerged in the distance, growing and growing until we were finally enclosed in the reaches of Washington Harbor.

Once you arrive, there are plenty of places to lay anchor. We made the currently unused ferry dock at Washington Harbor our home, where we were protected from the worst of Lake Superior’s winds and waves and close to one of the park’s visitor centers. But no matter how sheltered your anchorage, just remember to be flexible. From the boat deck, we watched a miles-long front of roiling gray storm clouds swallow Washington Harbor’s blue sky in minutes — proof of the volatile conditions in the park.

But weather permitting, there are places to sail along the entire perimeter of the island. Siskiwit Bay, along the island’s southern side, has docks, calmer waters where you can lay anchor, and a generous stripe of red rocky beach. Malone Bay, Chippewa Harbor, and Moskey Basin also have dock space.

Rock Harbor, home to the park’s other visitor center, has plenty of docks connected to the main island or one of the neighboring islets. The northern side of the island’s long and craggy coastline offers slightly less protection for boaters, but Five Finger Bay, Belle Harbor, McCargoe Cove, and Todd Harbor are some of the more sheltered spots to dock your vessel.

No matter where you’re sailing, take in the sights and sounds of the park from a perspective only available to boaters: far enough away to see the entire forest rising from the water, and close enough to see wildlife and hear waves splashing against the shore.

Get on the Water We took on the crevices of the island’s shoreline by kayak. There are paddles for all experience levels. You can cruise around Washington Harbor and up Washington Creek by kayak or canoe, where you might come across moose bathing in the shallows, a fox trotting along the banks, or, in our case, a hospitable gang of ducks. For something more challenging, make your way to the mouth of Washington Harbor to visit the ghostly remains of the SS America, a nearly 165-foot-long ship wrecked in 1928, the tip of which rests just a few feet below the waterline. As we drifted toward the buoy marking the scene of the wreck, the eerie green bow of the ship emerged quickly from the depths.

If you’re on the other end of the island, you can weave through the fjords on the northern tip of the park for a Viking-like perspective of the Nordic-looking coastline. Explore the bays, channels, and islets of the rocky shore, where you might see eagles, fish, otters, or perhaps even a moose. If conditions are calm, you can glide over glassy waters and look down to the floor of Lake Superior.

Get in the Water

Why stop at the surface of the water? Isle Royale is also home to some of Lake Superior’s great dives. There are 10 major shipwrecks scattered throughout the park’s waters. Many of the sites are open for divers hoping to explore the sunken remains (including the SS America), some of which are more than 100 years old.

To read the original story and see related stories, follow this link the Travel and Leisure website.    https://www.travelandleisure.com/trip-ideas/national-parks/isle-royale-national-park-michigan-by-wat...