Study: Your dollar goes further in rural Minnesota, if you can find a place to live Rural Minnesotans can often afford a similar or higher quality of life than their metro area counterparts, despite overall lower wages, according to new research from the Center for Rural Policy and Development. Image: Justin Sullivan | Getty Images 2017

Nowhere in Minnesota can a person afford the cost of living on the state minimum wage of $9.86 an hour. In fact, most regions require well over $15 an hour to afford to live.

However, rural Minnesotans can often afford a similar or higher quality of life than their metro area counterparts, despite overall lower wages, according to a new study from the Center for Rural Policy and Development.

The study illustrated major gaps in key expenses, such as housing and the wages needed to live. It based its measurements around a family of three with one adult working full time, one working part time and a child. 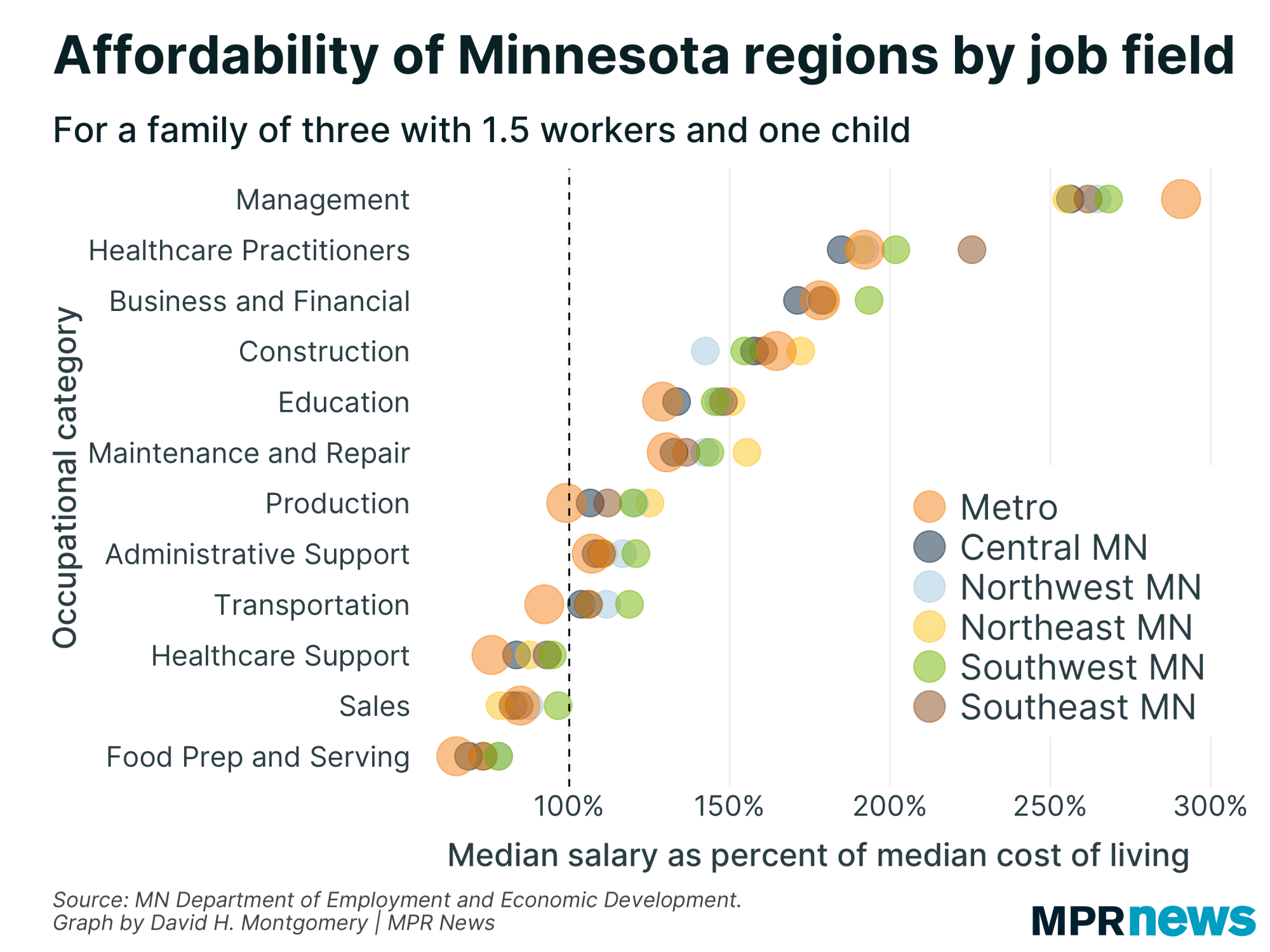 However, the study’s authors note that rural Minnesota faces “significant shortages” of housing and child care, which weren’t accounted for in the research.

For example, part of the shortage of child care providers in rural areas can be attributed to the lower costs, said Kelly Asche, a research associate who co-authored the study.

“They’re not getting paid enough,” he said.

To read the original story and see related articles, follow this lin to the MPR News website.  https://www.mprnews.org/story/2020/07/24/study-your-dollar-goes-further-in-rural-minnesota-if-you-ca...
News