Latest on COVID-19 in MN: Cases continue climbing over weekend Five nurses from Sanford Medical Center in Bemidji on caring for patients with COVID-19. The staff at the medical center have worked for months to prepare for COVID-19.  Photo:  Courtesy of Sanford Health

Minnesota health officials reported two days of increasing COVID-19 hospitalizations over the weekend as the pace of new coronavirus cases continues its increase. 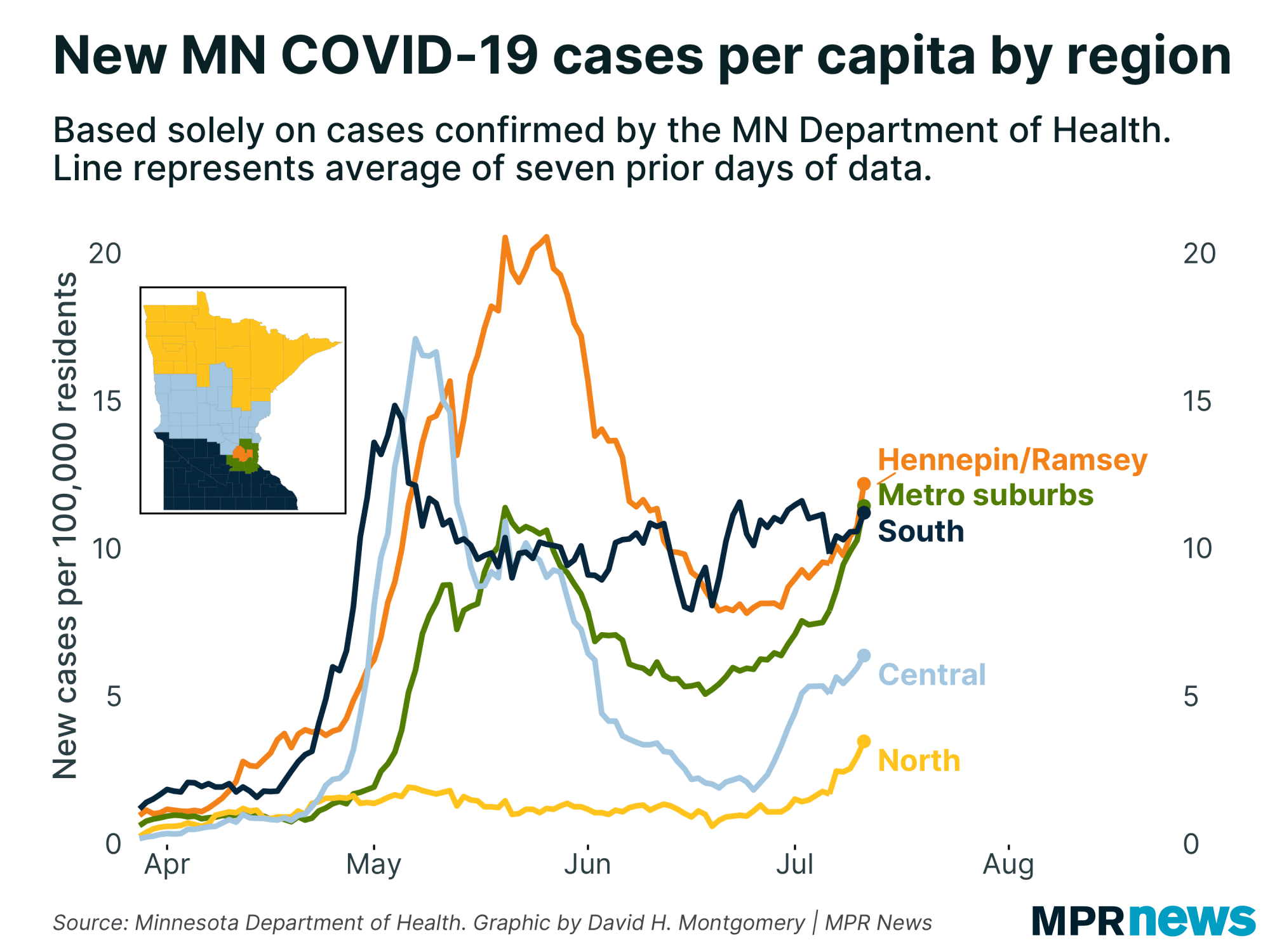 Last week, for the first time, the suburban counties of Dakota, Washington, Anoka, Scott and Carver had about as many new cases per capita as Hennepin and Ramsey counties.

Medical groups in Minnesota and the state Health Department continue to support a statewide mask-mandate as the cities Winona, Rochester and Mankato have become the latest cities to make such orders on a local level.

Minneapolis, St. Paul and Edina have also mandated mask-wearing in the cities’ public spaces. However, Gov. Tim Walz hasn’t gone as far as a mandate for the entire state. Last week, he said he is also concerned enough about a potential outbreak that he’s considering a statewide mask order.

On Monday night, the Duluth City Council is scheduled to take up the question of whether to require people to wear face coverings when they're in public spaces.

The proposed ordinance would prohibit businesses or organizations from allowing people over the age of 10 inside their doors without wearing masks.

It includes an exemption for people who are "unable to wear face coverings for genuine medical reasons." And it says people can take off face masks while eating or drinking at a restaurant.

That includes Mower County in southeastern Minnesota, where there were 983 confirmed cases as of Sunday. Mower County is home to Hormel Foods and Quality Pork Processors. Both have been partnering with Mayo Clinic to ramp up employee testing. 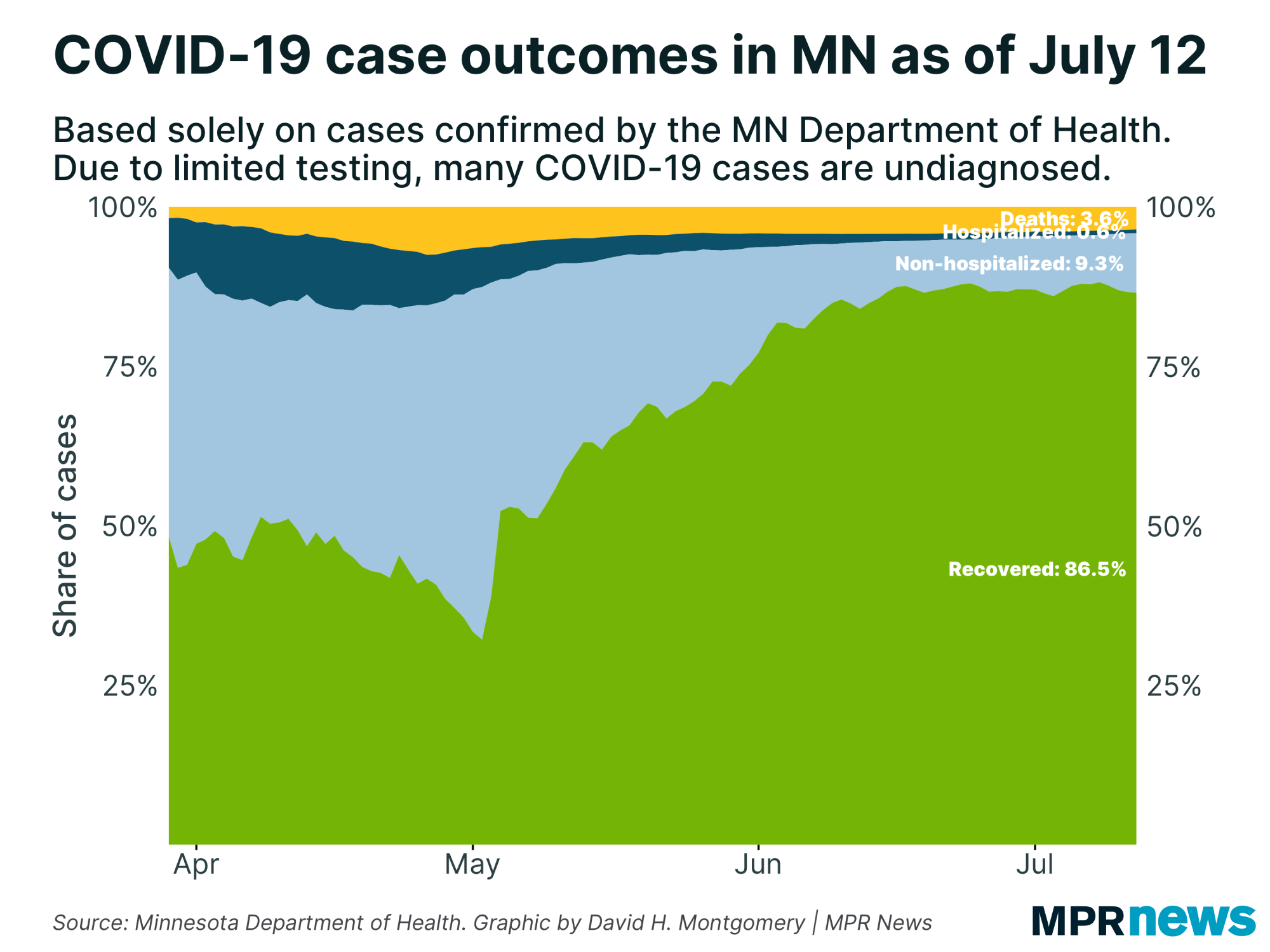 Nobles, in southwestern Minnesota, reported 1,688 confirmed cases as of Sunday with six deaths, the same as Thursday. About 1 in 13 people now have tested positive for COVID-19 in the county since the pandemic began, although the count of new cases has slowed considerably in recent weeks.

As of Sunday, the Health Department reported 593 people have now tested positive in the county. The county had confirmed three COVID-19 cases in late April.

Cases have also climbed noticeably in Lyon County (344 cases), around a turkey processor in Marshall. Cases the past few weeks have also grown in Cottonwood County (141 cases), home to a pork processing plant in Windom in southern Minnesota, but the counts there have since stabilized.

To read the original articles and see related COVID-19 reporting, follow this link to the MPR News website.  https://www.mprnews.org/story/2020/07/13/latest-on-covid19-in-mn