A band performs during the 2019 Blueberry/Art Festival in Ely, Minn. Photo: Courtesy of Ely Chamber of Commerce

Every July, the city of Hopkins goes a little wild over raspberries.

During its annual Raspberry Festival, the suburban city west of Minneapolis hosts a full week of events, including an ice cream social, a pageant, a petting zoo, bounce houses, a 5K race — and, of course, a parade.

"On Saturday morning, there will be chairs out because they want their spot because families have been in these spots for year after year,” said Lou Jean Gleason, the festival’s executive director. “All the sidewalks are packed, for 10 blocks." 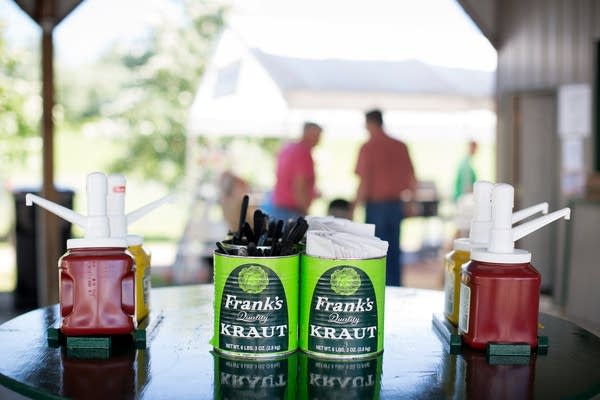 A stock of plastic utensils, napkins, ketchup and mustard awaits the crowd who will consume almost 1,500 pounds of Frank's sauerkraut in June 2014 during Sauerkraut Days in Henderson, Minn. The weekendlong community festival typically features parades, a classic car cruise, a softball tournament, music and a sauerkraut eating contest. This year's festival has been canceled, due to COVID-19.  Photo: Jennifer Simonson | MPR News 2014

But in the middle of a global pandemic, most of the festival's traditional events would be a public health nightmare — with large crowds that make social distancing almost impossible.

Summer festivals are a long, colorful tradition in Minnesota. They offer a chance for communities to come together and celebrate their unique identities. But concerns about the spread of COVID-19 have forced organizers of most festivals to cancel this summer’s events — or find creative ways to adapt.

Gleason said organizers of the Raspberry Festival realized early this spring that they wouldn’t be able to put on the same event that’s been taking place since the Great Depression, when local farmers who wanted to sell their berries established a festival to help them do it. But she said they weren't ready to give up and cancel everything.

So this year, Hopkins is having a virtual festival, with events like a scavenger hunt, senior bingo and fireworks — all online.

And because people can't come to the parade, the parade will come to them. Residents can sign up to have floats drive past their house while they safely social distance in their front yards.

“We really wanted to make sure that we were still connecting with our community, because that's what's important,” Gleason said.

That connection is what summer festivals are all about. They bring visitors to small towns and give a boost to local businesses. In a normal year, every weekend from May to September is filled with festivals across Minnesota, celebrating everything from rhubarb to potatoes to racing turtles.

"It's really part of who we are and part of how we celebrate summer in Minnesota,” said John Edman, executive director of Explore Minnesota. "And it's just really kind of a very different feeling when these events just aren't there anymore." 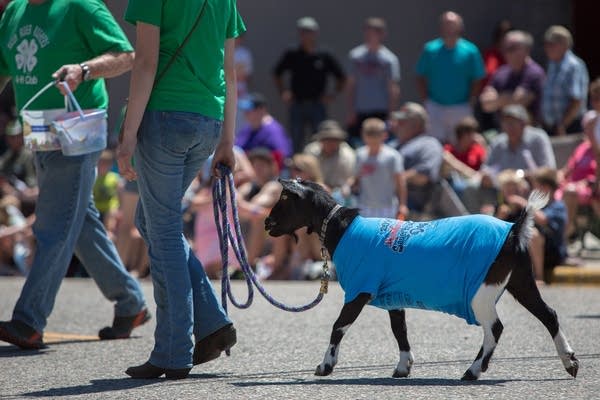 A goat wearing a Sauerkraut Days T-shirt is led down Main Street with the Rush River Rushers 4-H Club in 2014 during the Grande Parade in Henderson, Minn.  Photo: Jennifer Simonson | MPR News 2014

Planning a festival often begins months or even a year in advance. So when the COVID-19 outbreak began this spring, preparations for most 2020 festivals were well underway.

That was true in Crosby, Minn., where live concerts in the summer usually draw hundreds of people to the city’s Memorial Park next to Serpent Lake, beneath a giant statue of a serpent.

The bands were already lined up for this summer's concerts when COVID-19 hit, said Brielle Bredsten, executive director of the Cuyuna Lakes Chamber of Commerce.

When it became clear that large gatherings wouldn't be possible this summer, Bredsten said they decided to host virtual concerts instead. The chamber got businesses to sponsor the concerts, and worked with a video production company to record the bands. Concerts are posted online every other Thursday.

Bredsten said the virtual concerts aren't quite the same as the live ones, which feature food vendors and games. But she still thinks it's better than nothing.

"I was really determined to offer a little bit of hope,” she said. “You have to adapt to survive."

The northern Minnesota town of Ely also decided to make its annual Blueberry/Art Festival a virtual event. The festival typically draws large crowds during the peak tourism season in late July, said Ellen Cashman, director of events for the Ely Chamber of Commerce.

“We were very concerned about how we would make it be a safe festival for the vendors, the 30,000 attendees and our staff and volunteers,” she said.

Instead, people can go online and browse a list of artists and crafters, which includes links to their websites, Cashman said. 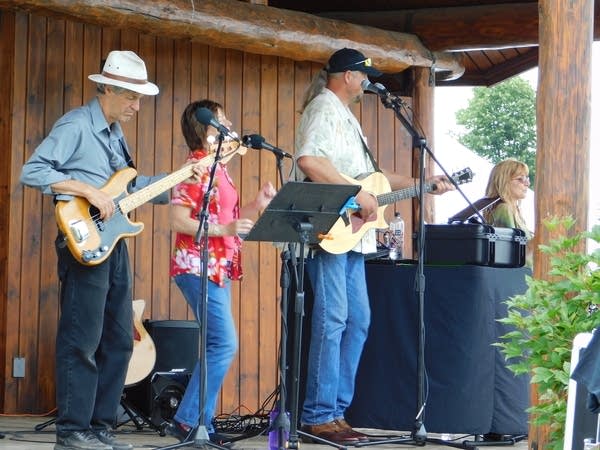 A band performs during the 2019 Blueberry/Art Festival in Ely, Minn.
Courtesy of Ely Chamber of Commerce

But some festivals are virtually impossible to make virtual. Some communities have decided to postpone this year’s events and start planning for a 2021 celebration instead, hoping the pandemic will have subsided by then.

Every June, Henderson, southwest of the Twin Cities, celebrates its German heritage with Sauerkraut Days: parades, classic cars and, of course, a sauerkraut-eating contest.

Chairperson Meghan Graham said organizers talked about trying to do a scaled-down version of the festival. But most of the volunteers who help out are older and therefore vulnerable to COVID-19, she said. And with small businesses already hurting because of the pandemic, organizers didn't want to ask for the usual sponsorships.

Instead, they made the difficult decision to cancel all of this year’s events — except the sale of commemorative T-shirts.

"We'll take the year off and we're going to plan a better celebration for next year, and really enjoy our time when it's safe,” Graham said.

To hear an audio report of this story and see related articles, follow this link to the MPR News website.  https://www.mprnews.org/story/2020/05/06/pandemic-forces-minnesota-summer-festivals-to-cancel-or-go-...