The daily rate of deaths continued to slow, too, with Tuesday marking the first time since mid-April that the state reported three consecutive days of deaths in the single digits.

The newest numbers came a day after Minnesota health officials said they’re increasingly concerned that people with serious health problems who need emergency room care are not seeking that care amid COVID-19 fears. 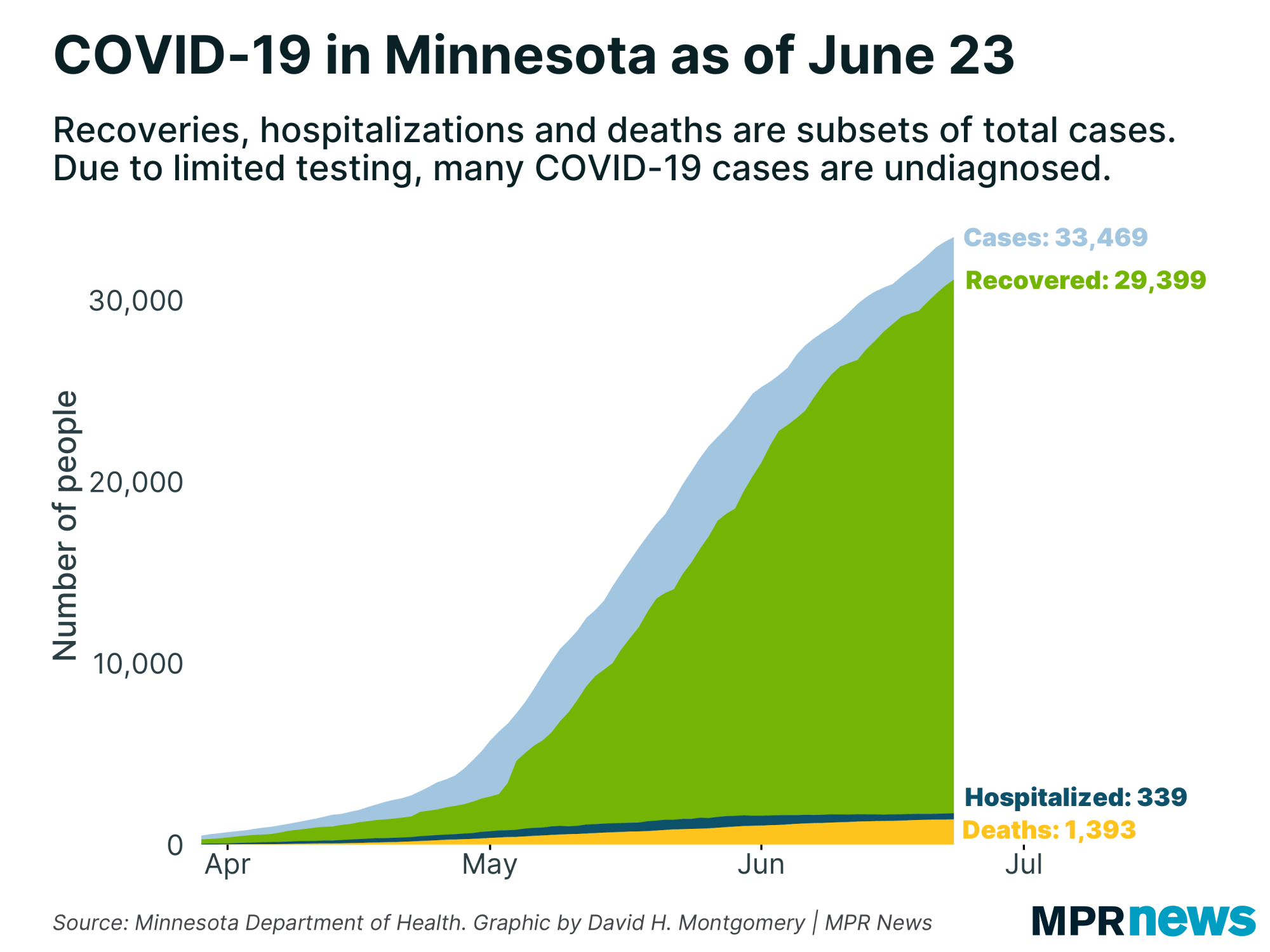 “Our health care systems are ready to care for you safely” despite the pressure from COVID-19, she said on Monday.

“Our emergency department takes care of roughly 200 patients on an average day in the springtime. And within a couple of weeks of COVID landing, those volumes had gone down by nearly 50 percent,” Berg said. The Robbinsdale hospital saw drops across the board, including for heart attacks and strokes. 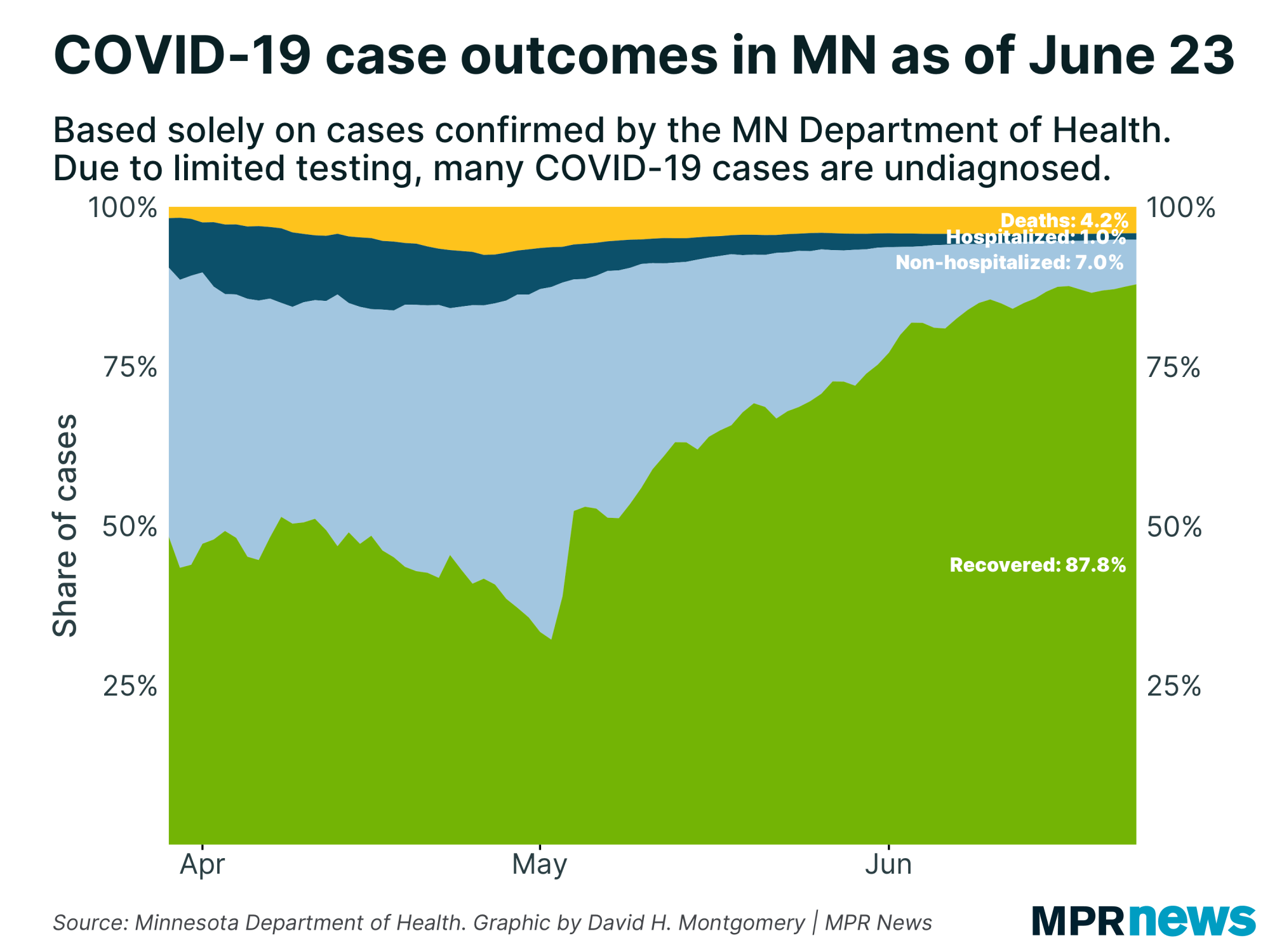 “When we look at Children's in terms of total doses, we'll give between 800 and 1,000 infant vaccines a month. And during the pandemic, we dropped down to right around 400, or less than 400 a month,” said Patsy Stinchfield, a pediatric nurse practitioner in infectious disease at Children’s.

That includes Mower County in southeastern Minnesota, where there were 813 confirmed cases as of Tuesday.

Nobles, in southwestern Minnesota, reported 1,634 confirmed cases Tuesday. About 1 in 14 people now have tested positive for COVID-19 in the county, although there have only been a few additional cases recorded the past few days.

An undisclosed number of workers at both plants have tested positive for the virus. There were about 55 confirmed cases in Stearns County in early May. By Tuesday, confirmed cases were at 2,139 with 19 deaths.

As of Tuesday, the Health Department reported 561 people have now tested positive in the county.

Minnesota's top health officials on Monday said Twin Cities testing sites set up in the wake of protests over the killing of George Floyd are showing positive rates of less than 2 percent, suggesting that a rapid spread of the disease stemming from the protests is not happening in a way officials had feared.

Malcolm said the results were a relief partly because many hospitals are still running close to capacity with COVID-19 and restarting other hospital procedures.

"We were able to meet the need for testing for a lot of people in the community and pleased to see positivity rates for those tests following mass gatherings was under 2 percent,” she said during the Health Department’s daily briefing on Monday.

It's unclear if most demonstrators were tested.

To read the original stories and see related stories, follow this link to the MPR News website.  https://www.mprnews.org/story/2020/06/24/latest-on-covid19-in-mn