Minnesota health officials on Monday reported the smallest daily COVID-19 death toll in over two months while saying they’re increasingly concerned that people with serious health problems who need emergency room care are not seeking that care because of coronavirus concerns.

“Our health care systems are ready to care for you safely” despite the pressure from COVID-19, she said on Monday.

“Our emergency department takes care of roughly 200 patients on an average day in the springtime. And within a couple of weeks of COVID landing, those volumes had gone down by nearly 50 percent,” Berg said.

The Robbinsdale hospital saw drops across the board, including for heart attacks and strokes.

“We have no reason to suspect that there will be a dramatic reduction in heart attacks just due to the lifestyle modifications that people have made for COVID.”

“When we look at Children's in terms of total doses, we'll give between 800 and 1,000 infant vaccines a month. And during the pandemic, we dropped down to right around 400, or less than 400 a month,” said Patsy Stinchfield, a pediatric nurse practitioner in infectious disease at Children’s. “We know that there's children that are out there that are under-immunized and potentially could become sick with a vaccine-preventable disease.” 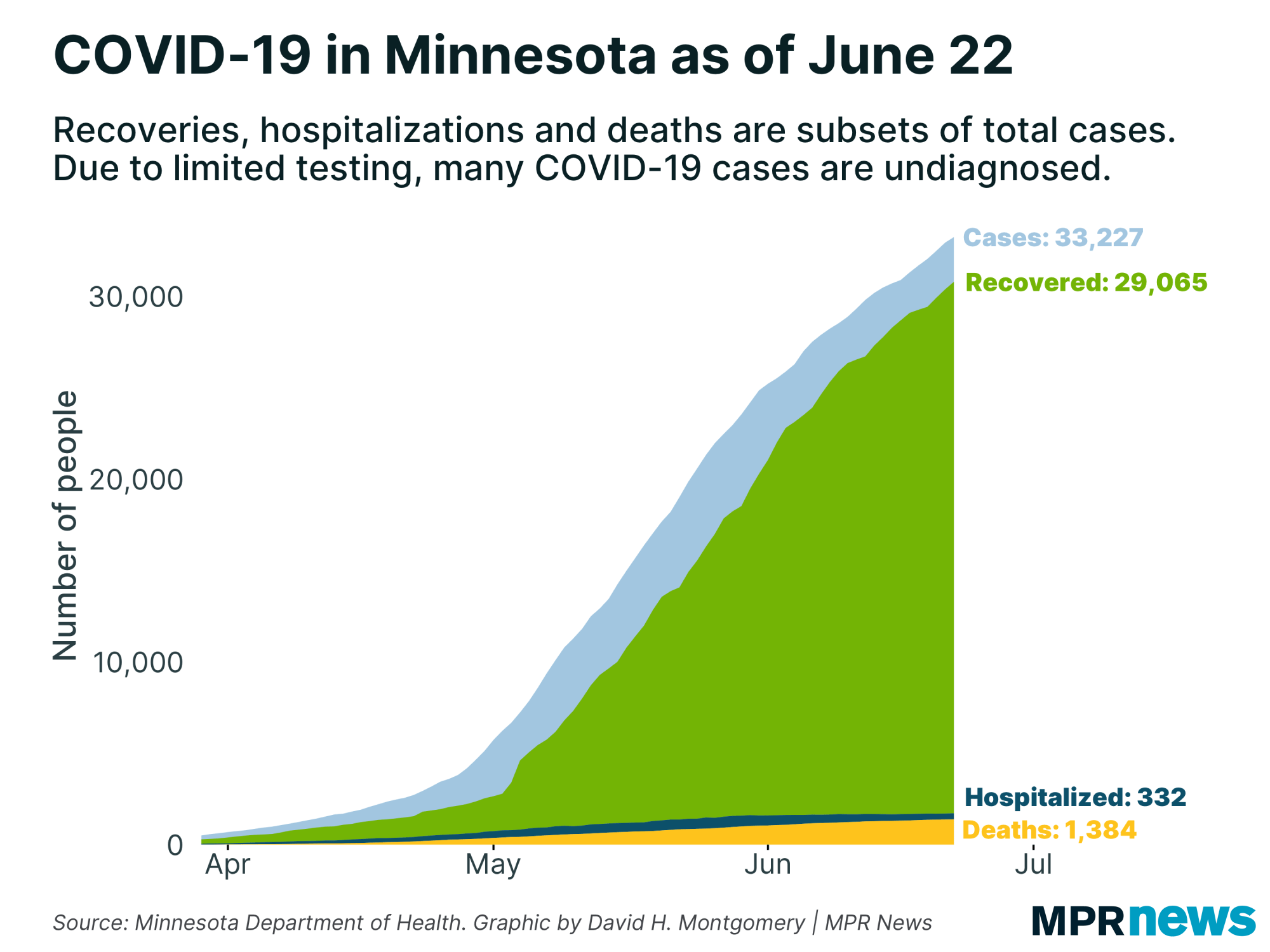 Of the 33,227 cases of COVID-19 confirmed since the pandemic began, about 87 percent of people have recovered to the point where they no longer need to be isolated.

Malcolm again implored Minnesotans to continue socials distancing and wear masks in public spaces to help minimize the spread of the disease. While deaths remain concentrated among higher age groups, three people in their 30s have died.

Malcolm also noted that 40 is now the median age of Minnesotans confirmed with the disease.

That includes Mower County in southeastern Minnesota, where there were 802 confirmed cases as of Monday.

Nobles, in southwestern Minnesota, reported 1,632 confirmed cases Monday. About 1 in 14 people now have tested positive for COVID-19 in the county, although there have only been a few additional cases recorded the past few days.

An undisclosed number of workers at both plants have tested positive for the virus. There were about 55 confirmed cases in Stearns County in early May. By Monday, confirmed cases were at 2,137 with 19 deaths.

As of Monday, the Health Department reported 560 people have now tested positive in the county, the same as Sunday. 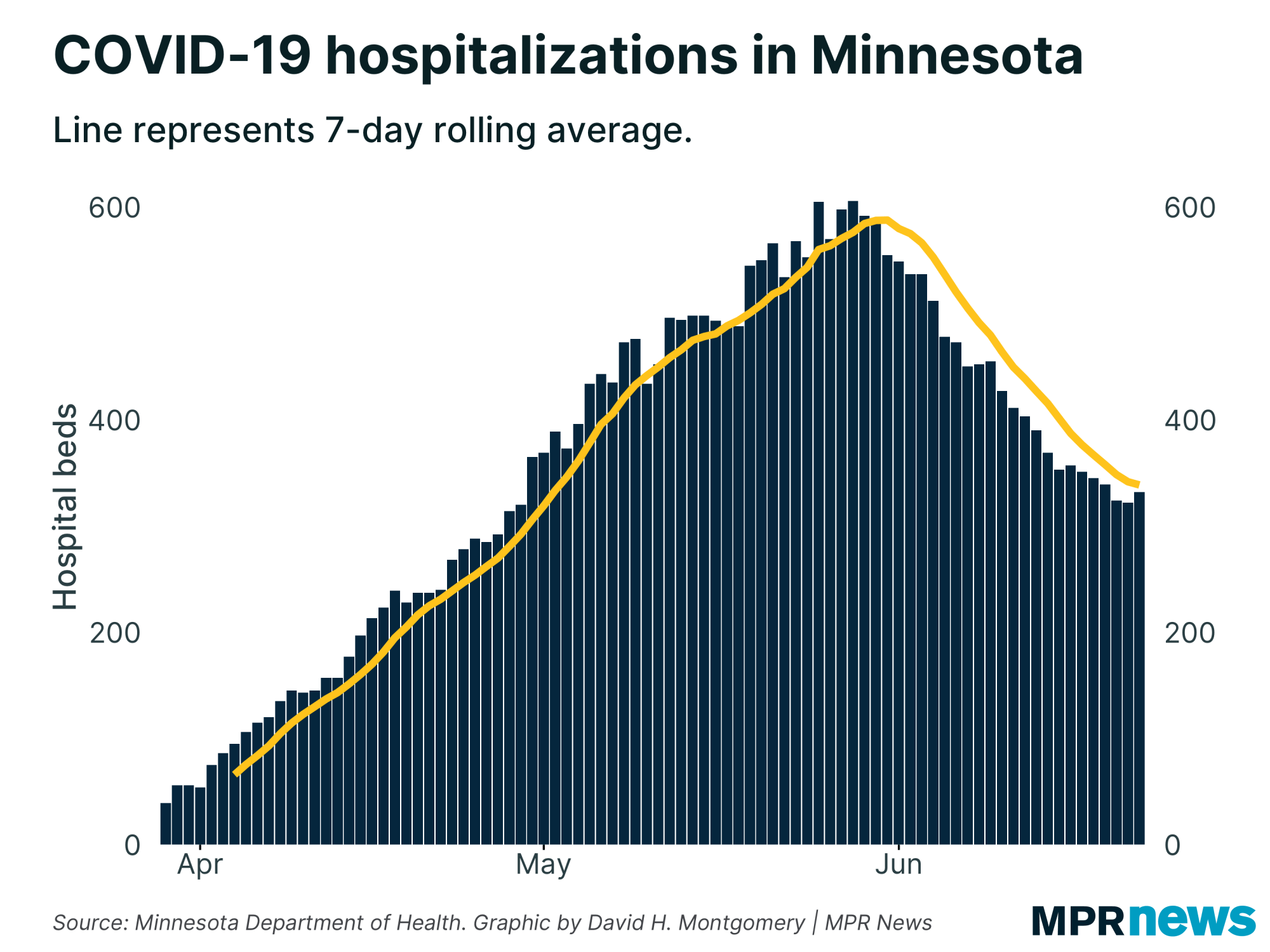 “Some families, especially those with members who face an elevated risk of severe illness, may choose not to participate. That is perfectly OK, and everyone needs to respect that decision when a family or a player makes it.”

Officials continue to implore Minnesotans to keep social distancing and wearing masks in public spaces. People who feel flu-like symptoms should get tested and people who feel ill should stay home. 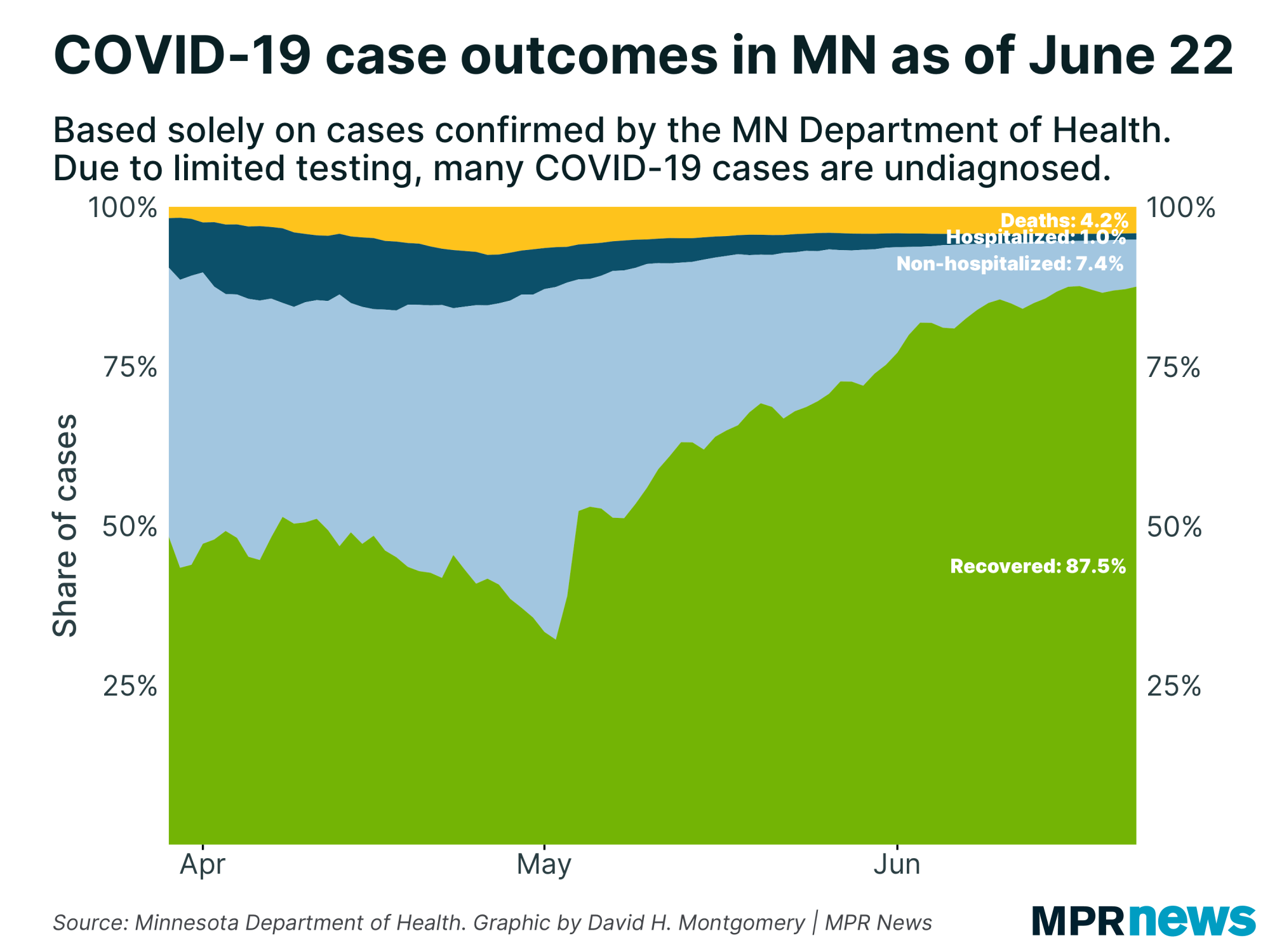 Minnesota's top health officials on Monday said Twin Cities testing sites set up in the wake of protests over the killing of George Floyd are showing positive rates of less than 2 percent, suggesting that a rapid spread of the disease stemming from the protests is not happening in a way officials had feared.

Malcolm said the results were a relief partly because many hospitals are still running close to capacity with COVID-19 and restarting other hospital procedures.

"We were able to meet the need for testing for a lot of people in the community and pleased to see positivity rates for those tests following mass gatherings was under 2 percent,” she said during the Health Department’s daily briefing on Monday.

It's unclear if most demonstrators were tested.

The Minneapolis Institute of Art has cut 39 employees as a result of the economic impact of COVID-19.

The museum reports it's cutting $4 million from the coming fiscal year's budget, in anticipation of continued revenue shortfalls for at least the next year.

The art institute has implemented a pay freeze for all remaining nonunion staff and a 15 percent salary cut for its leadership team.

Museum director Katie Luber said the museum still plans to reopen in mid-July, but will only be open to the public four days a week.

"We firmly believe that people at this time of sadness and grief — because of COVID, because of the murder of George Floyd — they need to be able to come to the museum, even if they can't come all the time,” Luber said.

To read the original story and see related COVID-19 reporting, follow this link to the MPR News website.  https://www.mprnews.org/story/2020/06/23/latest-on-covid19-in-mn