The running three-day average of fatal cases has fallen by more than half in the last 10 days and is the lowest since mid-April. Seven-day rolling averages show a similar pattern: 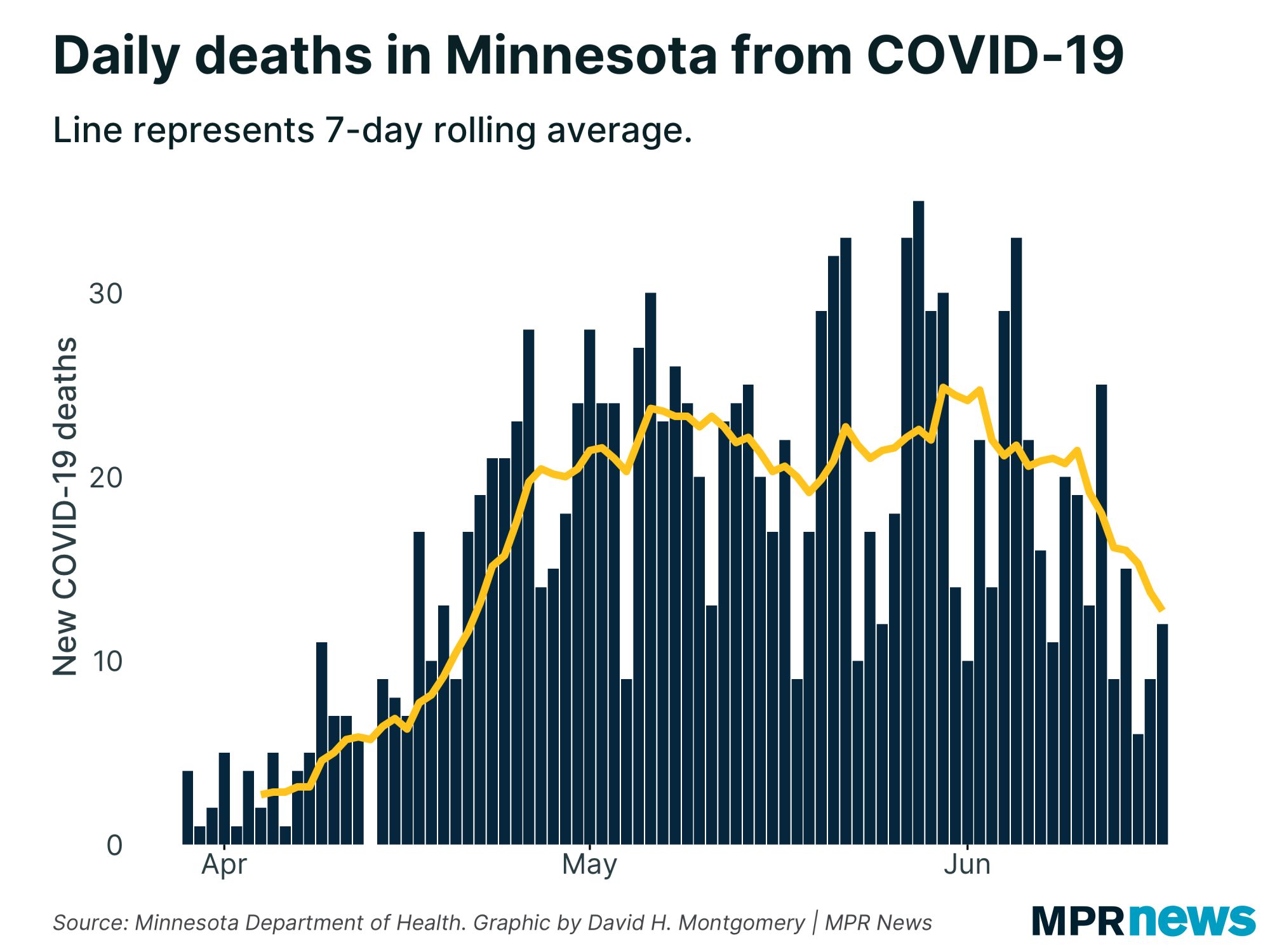 Among those who’ve died in the pandemic, some 80 percent were residents of long-term care or assisted living facilities, nearly all had underlying health problems.

The counts of people currently hospitalized and in intensive care units — two of the most closely watched measures of how Minnesota is managing the spread of the disease — are at their lowest points in more than a month.

Intensive care capacity is “in about as good a situation as it could be at this point,” Health Commissioner Jan Malcolm told reporters Wednesday.

ICU beds in the Twin Cities are still near high levels of use given the needs of COVID-19 patients along with cases not related to the disease. While there’s not a lot of slack in the system, the state is prepared, Malcolm said. 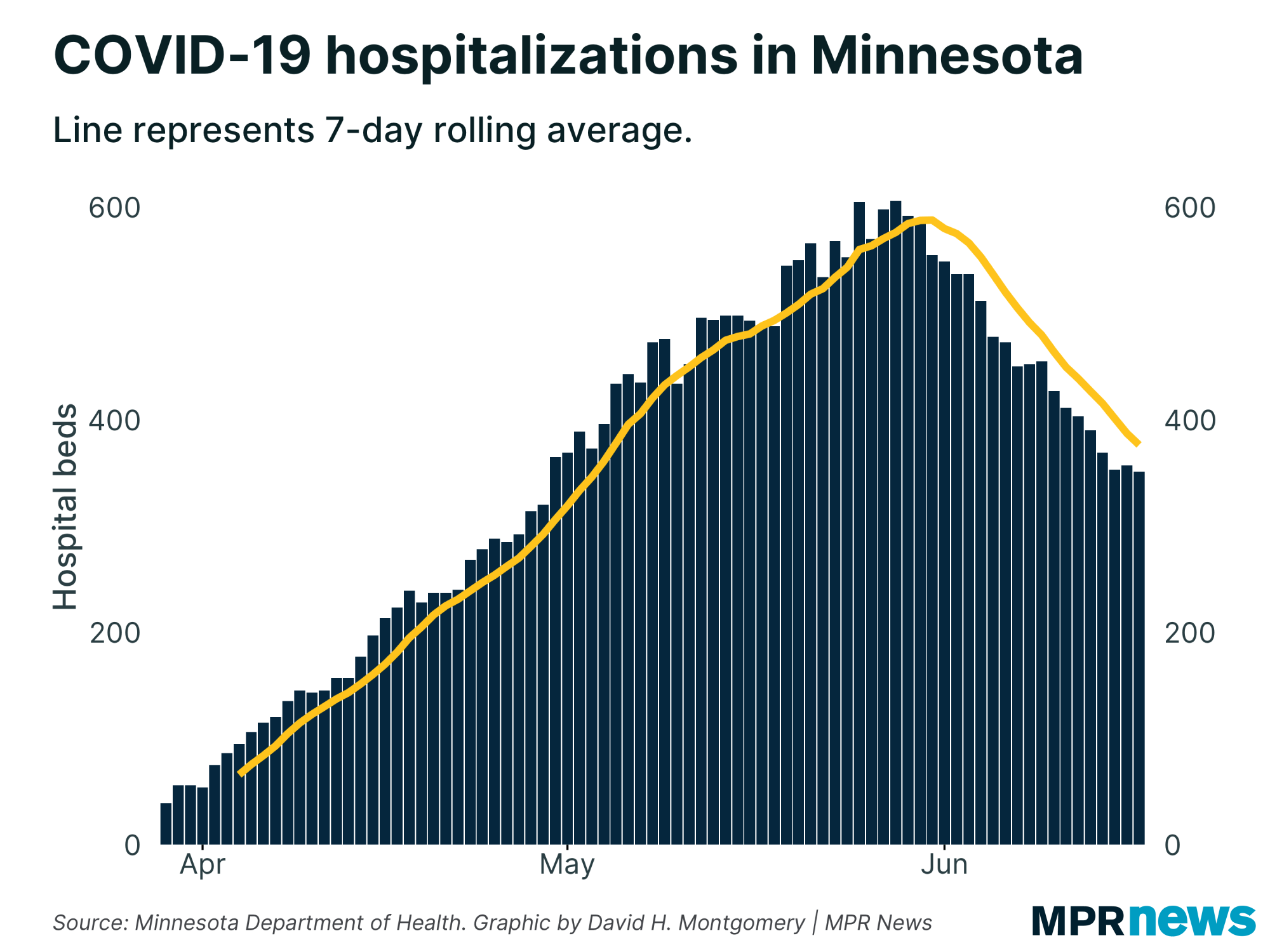 The latest statistics come as state leaders plan to announce new fall planning guidance for K-12 schools at a Thursday afternoon news conference. By late July, state health and education officials will announce whether schools can allow children to return to in-person classes, or engage in distance learning or adopt a hybrid of the two scenarios.

Thursday’s announcement is expected to provide districts with guidance on how to plan for each of those three scenarios. 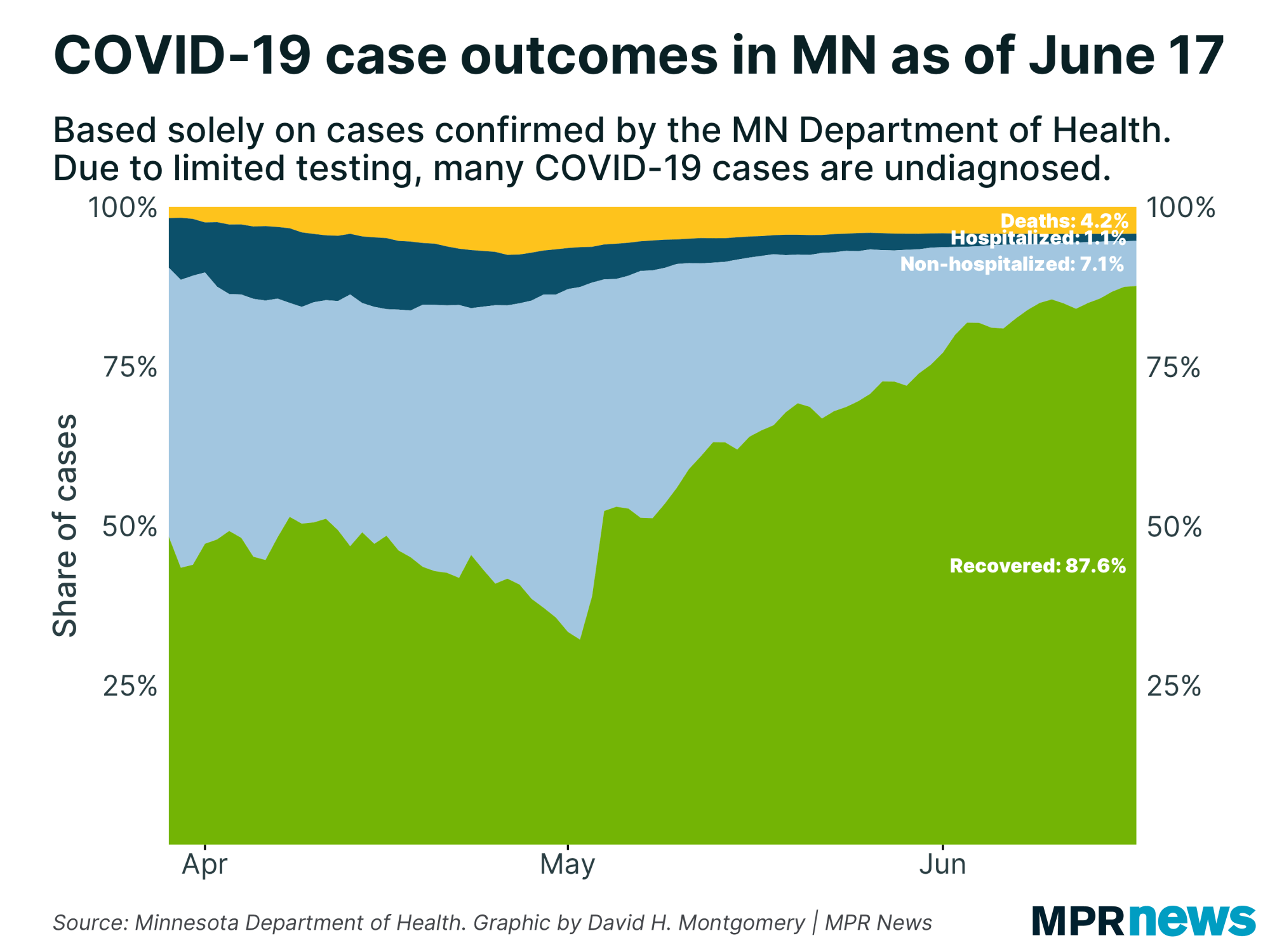 Officials continue to implore Minnesotans to continue wearing masks in public spaces and keep social distancing. People who feel flu-like symptoms should get tested and people who feel ill should stay home.

Asked about the potential spread of the disease from the recent protests over the killing of George Floyd in Minneapolis police custody, Malcolm said the additional local testing in Minneapolis and St. Paul by health officials have found only about 1 percent positive but that “it’s a little too early to be drawing definitive conclusions” about how the protests may have affected the spread of COVID-19.

That includes Mower County in southeastern Minnesota, where there were 733 confirmed cases as of Wednesday, 73 more than Tuesday. 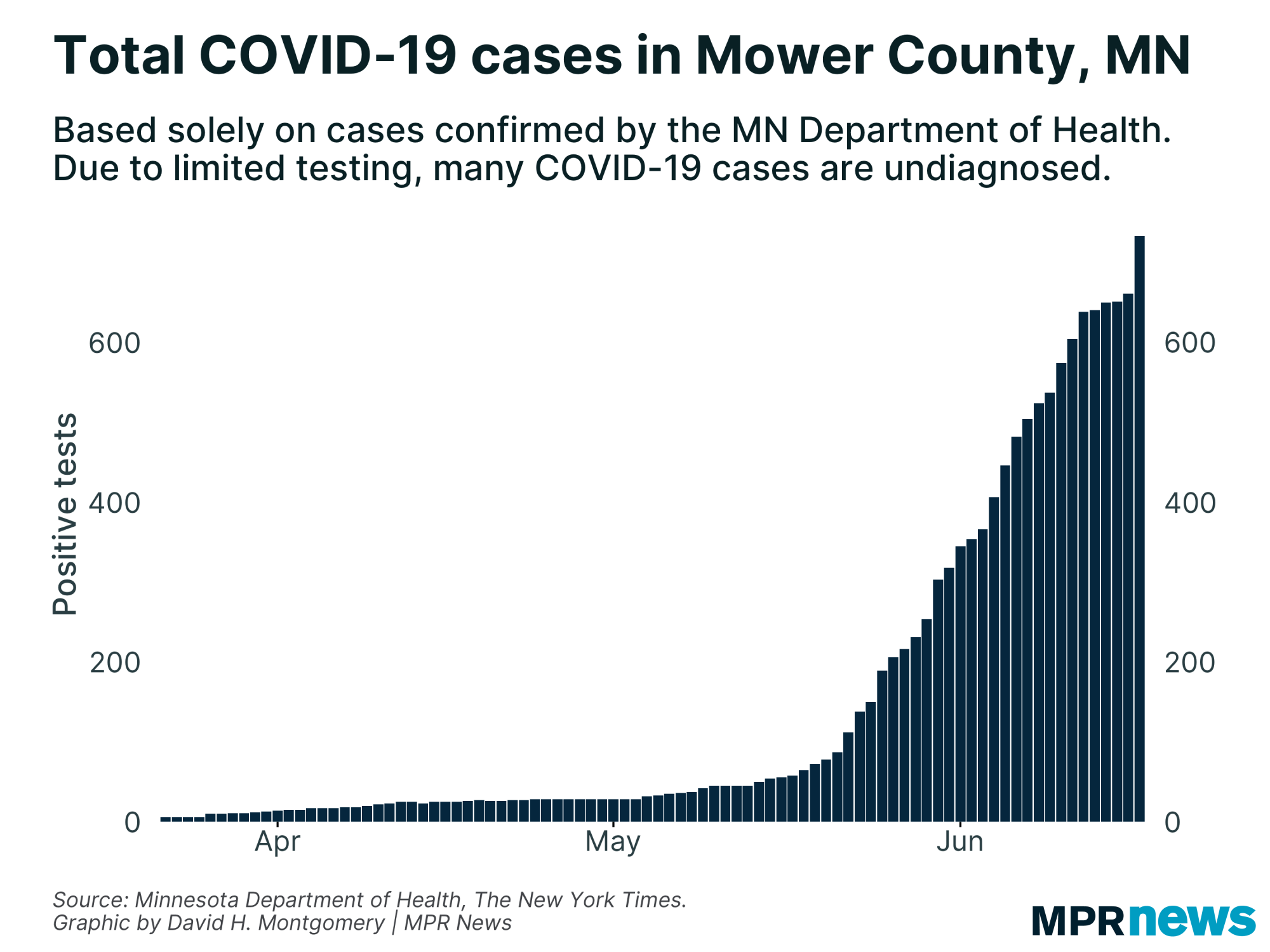 Mower County is second to Nobles County in cases per capita, according to an MPR News analysis.

Nobles, in southwestern Minnesota, reported 1,620 confirmed cases Wednesday. In mid-April, there were just a handful of cases. Roughly 1 in 14 people now have tested positive for COVID-19 in the county, although there have been no increases the past few days.

An undisclosed number of workers at both plants have tested positive for the virus. There were about 55 confirmed cases in Stearns County in early May. By Wednesday, confirmed cases were at 2,111 with 19 deaths.

As of Wednesday, the Health Department reported 552 people have now tested positive in the county.

Democrats and Republicans in the Legislature had reached a broad agreement to pass on $841 million in federal aid to local city and county governments, based on the number of people in each area. A Senate bill to that effect passed 62-4 on Tuesday, and the idea has support in the House, too.

But Rep. Lyndon Carlson, DFL-Crystal, said Wednesday that the measure will be amended Thursday morning to add $130 million of Walz’s supplemental budget proposals.

Republican legislators oppose new spending because of the state’s projected $2.4 billion deficit. Carlson said the spending proposals that will be tacked on are all helpful and necessary, including funding for prisons, veterans, and the Minnesota Zoo.

The local aid needs to be distributed by the end of June. The Minnesota Senate is planning to adjourn on Friday, putting lawmakers on a strict time crunch.

Researchers saw vaccination rates plummet in the weeks that followed the initial outbreak of coronavirus infections. Minnesota Department of Health leaders said they thought that reflected a sharp drop in parents bringing their kids in for routine checkups.

“We want parents to know that it's very important that they continue to make sure their kids get evaluated,” said Kris Ehresmann, the state’s infectious disease director. “Those well-child checkups include many important things, including immunization.”

Dozens of children came down with measles in 2017 after a drop in vaccinations in Hennepin County.