Latest on COVID-19 in MN: School plan to be announced by late July; deaths surpass 1,300 Cleaning supplies sit on the dashboards of school buses in North St. Paul in March. Schools will get guidance from officials on how to plan for the upcoming academic year by late July, according to the Minnesota Department of Education.  Photo:  Evan Frost | MPR News file

Deaths from COVID-19 continued to climb Monday, with the state Health Department reporting six more Minnesotans have died from the disease, pushing the total above 1,300 since the pandemic began.

That daily toll, however, was the smallest in two months, and other key measures also continued to suggest the pace of the disease may be plateauing.

The number of people currently hospitalized fell to 353 — about 40 percent lower than at the end of May — while the daily count of those needing intensive care remained at 186, stable from Sunday but still significantly below its late-May peak. 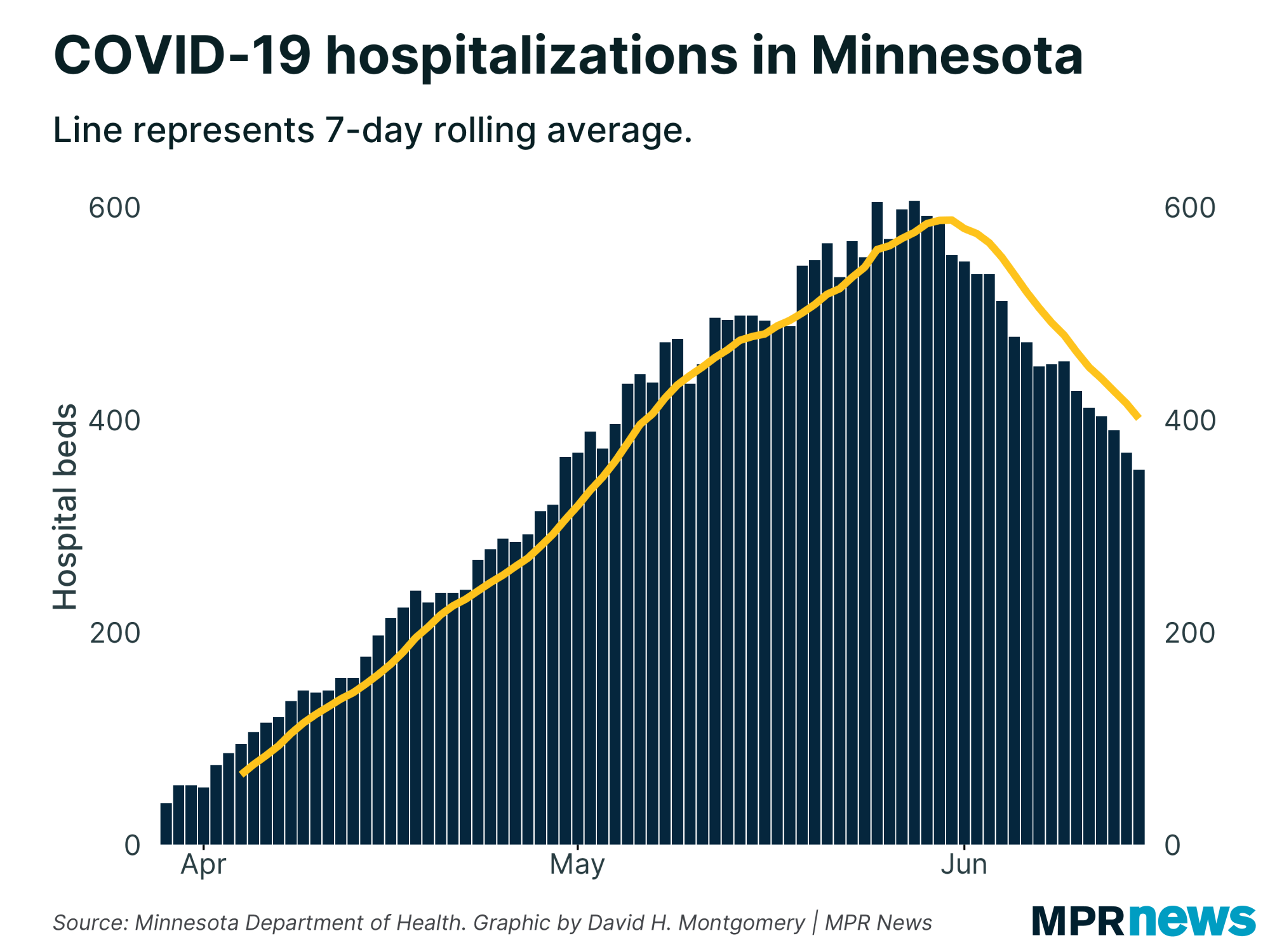 The newest counts come as officials caution the situation could worsen if safety measures aren’t followed.

“The positive news is that many of our indicators are neutral or slightly positive,” Kris Ehresmann, the state’s infectious disease director, said Friday, adding that while it was cause for celebration, “we’re not out of the woods yet.” 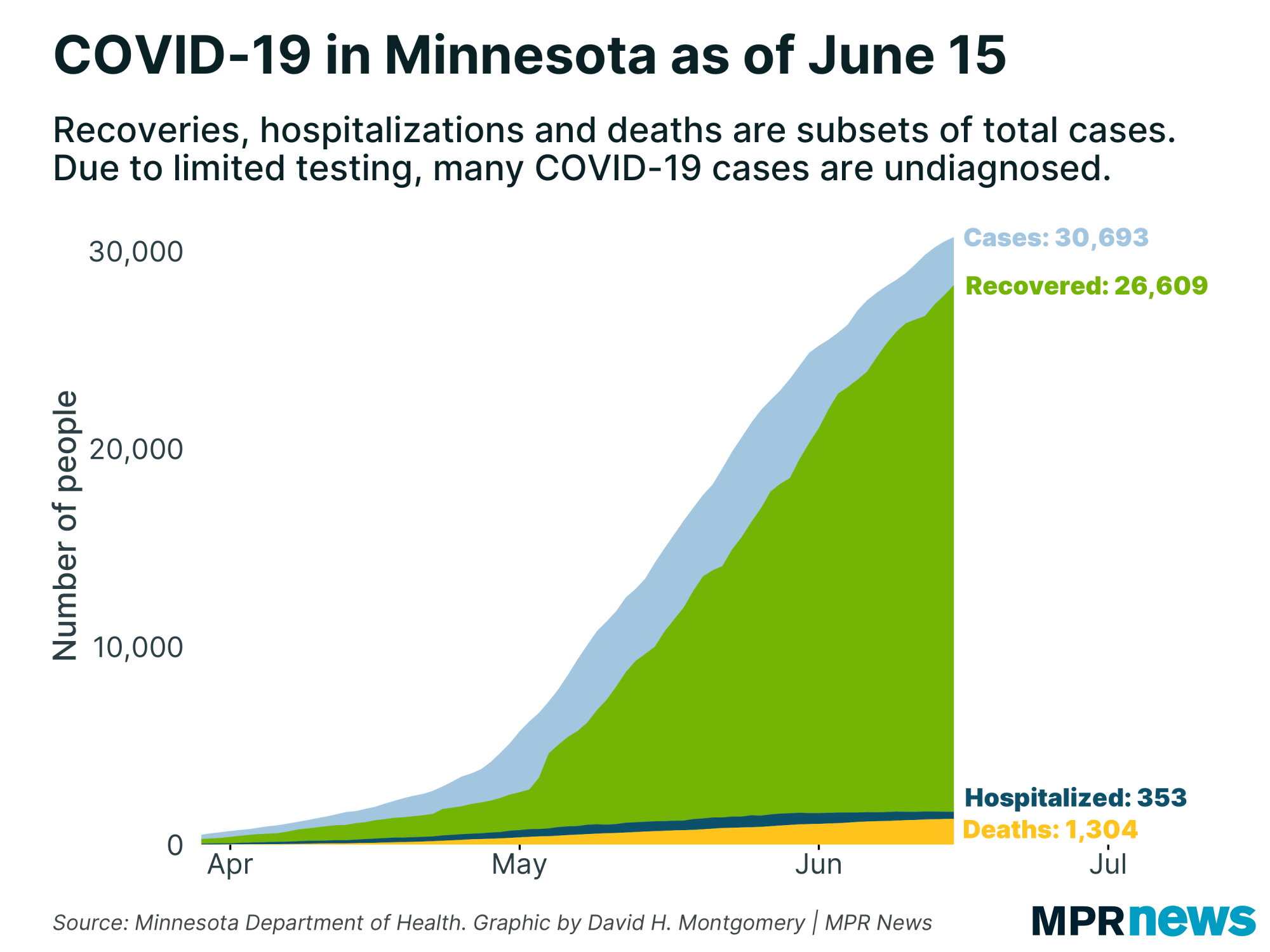 Ehresmann implored people to continue wearing masks in public spaces and keep social distancing. People who feel flu-like symptoms should get tested and people who feel ill should stay home.

Overall, more than 30,000 Minnesotans have tested positive for COVID-19. About 87 percent of those confirmed with the disease have recovered to the point they no longer need to be isolated. 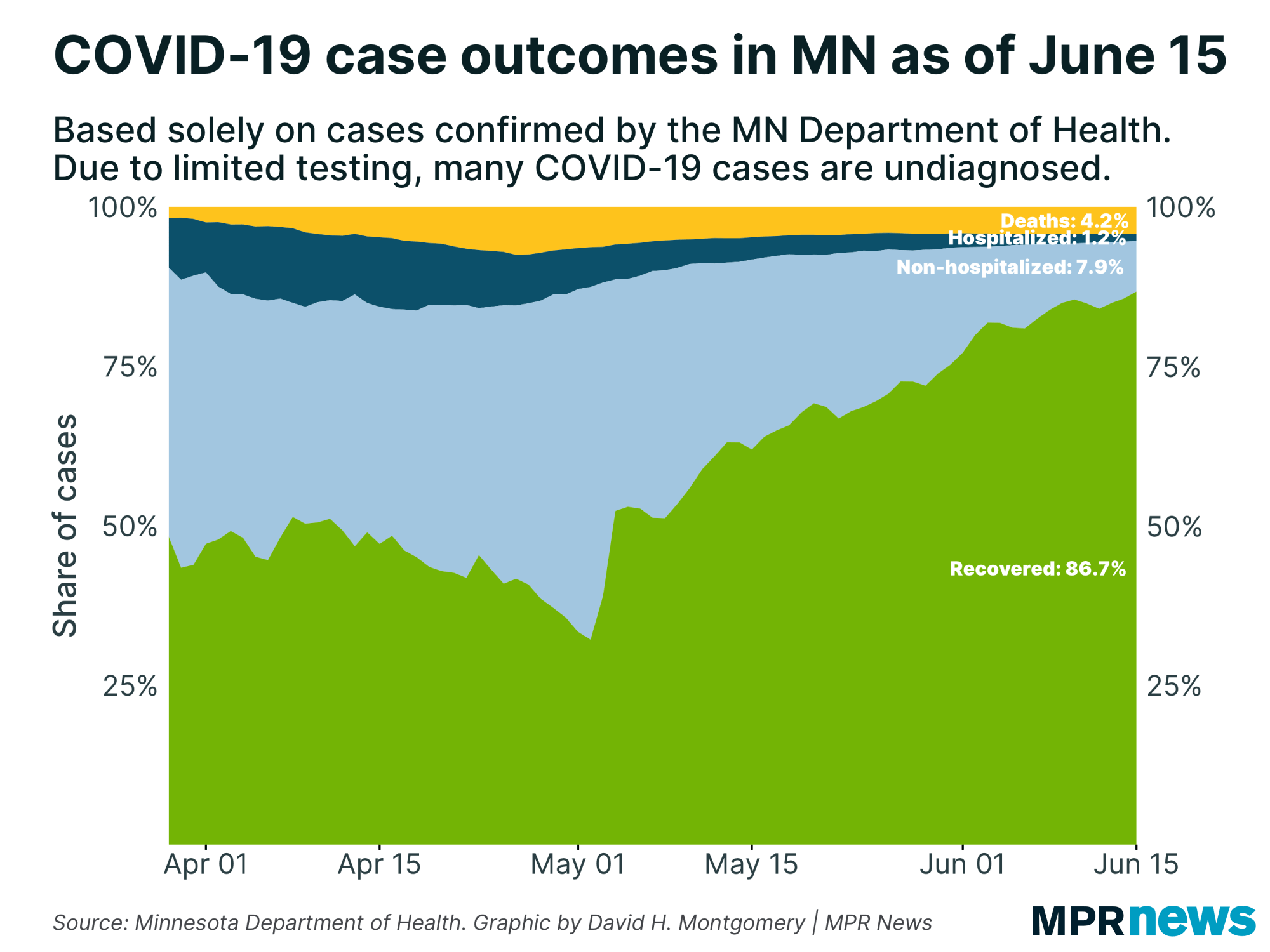 Among those who’ve died in the pandemic, some 80 percent were residents of long-term care or assisted living facilities, nearly all had underlying health problems.

State health officials developed new guidance aimed at letting people see their loved ones in congregate-care facilities. The guidance states that window visits may be appropriate under some circumstances, though the state says they may confuse some patients with dementia.

The policy also encourages mask-wearing and at least 6 feet of distance between the patient and their family member if the windows are open.

Schools will get guidance from officials on how to plan for the upcoming academic year by late July, according to a statement released by the Minnesota Department of Education on Monday.

Schools need months to hire staff, register students and plan for all the details of starting the upcoming school year. But state officials say they will not release guidance on what form the 2020-2021 academic year will take until the week of July 27.

At the moment, officials have told school districts and charter schools to plan for three possible scenarios in the fall:

1) All children return to school buildings and in-person classes.

2) No children return to school buildings for in-person classes. Instead, all students will engage in distance learning.

3) Employ a hybrid of these two options with both in-person classes and distance learning.

State officials say they will give districts guidance on planning for the three scenarios starting this week.

That includes Mower County in southeastern Minnesota, where there were 651 confirmed cases as of Monday.

That puts Mower County second to Nobles County in cases per capita, according to an MPR News analysis. 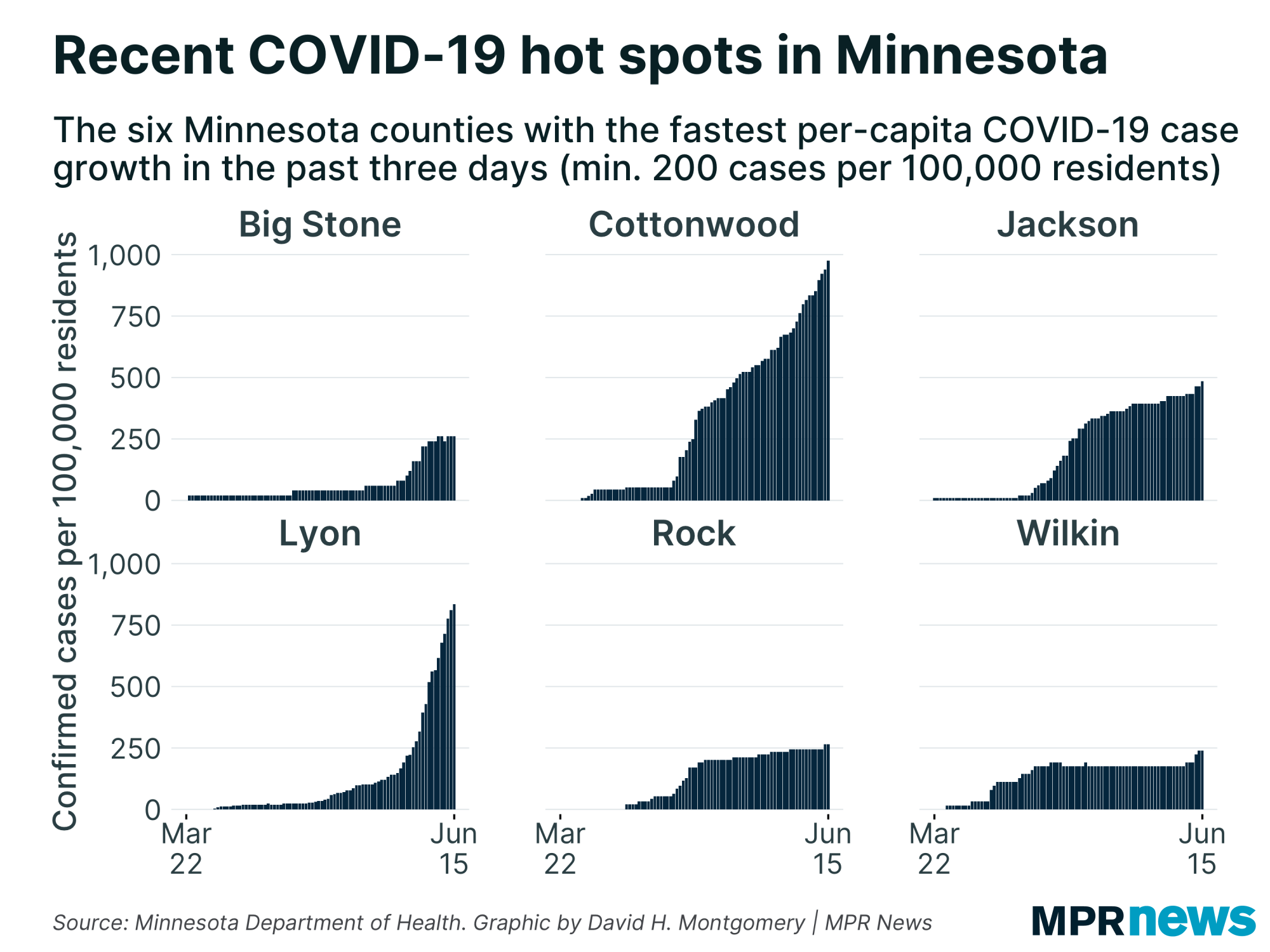 At Hormel, officials said they anticipated that by early this week, they'd have 40 active cases among employees. They expect that an additional 39 people who've already tested positive will have recovered by then.

Quality Pork Producers has at least 90 employees with active cases, and 100 more who have recovered.

While some of Mower County’s positive cases are associated with people who work in the facilities and with the people they live with, county officials say they are also seeing transmission among people who live in Mower County but who work in other counties where coronavirus is present.

In southwestern Minnesota, Nobles County reported 1,620 confirmed cases as of Monday, the same as Sunday. In mid-April, there were just a handful of cases. Roughly 1 in 14 people now have tested positive for COVID-19 in the county, although the increases are coming at a much slower rate than earlier in the epidemic.

An undisclosed number of workers at both plants have tested positive for the virus. There were about 55 confirmed cases in Stearns County in early May. By Monday, confirmed cases were at 2,108 with 19 deaths.

As of Monday, the Health Department reported 546 people have now tested positive in the county, the same as Sunday.

Pop-up coronavirus testing sites around the Twin Cities have taken samples from more than 3,000 people who attended mass gatherings in the aftermath of George Floyd's killing.

State Health Department Commissioner Jan Malcolm says that the state has gotten about 1,300 test results back, and they show a 1.4 percent positivity rate.

Malcolm said people who don't have symptoms can get tested, and the tests are free.

"If you were involved in any of the mass gatherings — the protests, the vigils, the neighborhood cleanups, providing food, water, etc. — we really encourage you to get free testing at one of these community sites,” Malcolm said.

While that positivity rate is so far relatively low, health officials say it's too soon to tell if the protests will be the source of widespread community transmission.

Four sites were open on Tuesday and Wednesday of last week, and will be open those days in coming weeks as well.

To read the original stories and see related COVID-19 Reporting, follow this link to the MPR News website.  https://www.mprnews.org/story/2020/06/16/latest-on-covid19-in-mn