Theodore Karamanski did not expect to be reprimanded by Gordon Lightfoot at a concert in 1976.

Lightfoot, widely known for his ballad, “The Wreck of the Edmund Fitzgerald,” lectured the Chicago audience for living on the shores of Lake Michigan while knowing nothing of Great Lakes history. His evidence: when the Edmund Fitzgerald sunk the year before, it hardly caught the public’s attention.

Born and raised in Chicago, Karamanski has been a public historian and professor at Loyola University since 1979. He works with museums and historic sites on projects requiring his expertise. His latest research has focused on the Midwest, often in the context of environmental history.

The premise of his newest book, “Mastering the Inland Seas: How Lighthouses, Navigational Aid, and Harbors Transformed the Great Lakes and America,” is an answer to Lightfoot’s observation of many years ago.

The Great Lakes are taken for granted by people throughout the country, even those living in the region, Karamanski said.

“The Great Lakes are deadlier than the Rocky Mountains or the Mojave Desert because of the people that use them,” the author said. “Scores of them die every year. What they forget is that once you step off the beach, this is a wilderness. This is a force we have never controlled.”

Karamanski uses this notion to explain how industries and communities dependent on the lakes have created tools and markers to safely navigate them. He highlights how these improvements are an important and effective investment of public funds. 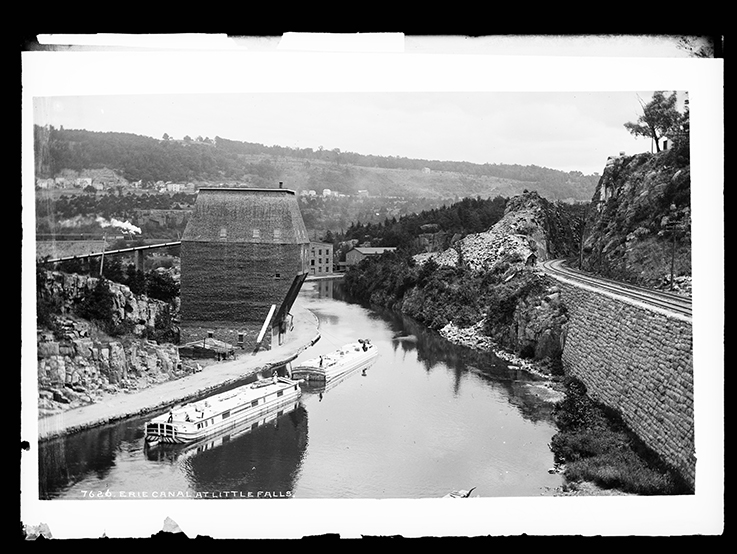 One of the navigational developments discussed in “Mastering the Inland Seas,” the Erie Canal in Little Falls, New York. Image: Library of Congress

Many people think of the Great Lakes as having just shipwreck and lighthouse stories that have already been told, said Matthew Daley, an associate professor of history at Grand Valley State University in Allendale, Michigan.

But aids like lighthouses and buoys are a small piece of a larger system in which federal tax dollars are used to help ships navigate to the benefit of private industry. It is critical to understand how they fit into history.

And it’s a part of the Great Lakes story that hasn’t been told, said Daley, who plans to use the book in his Great Lakes history classes.

“I think his book does a great job in really bringing us into that story and making it very relevant,” he said.

Karamanski agrees that the most important takeaway of the book is appreciation for the central role the federal government plays in creating a safe navigation system on the lakes.

“I think there’s too much emphasis on this notion of individualism, both in American culture and American government, and not a sense of what we can accomplish when we work through our institutions of government.

“This is a great success story that’s never talked about.”

One such federal agency is the National Oceanic and Atmospheric Administration‘s Great Lakes Environmental Research Laboratory in Ann Arbor.

The lab creates navigational products and services and shares information to sustain the region’s ecosystems, communities and economies.

Navigating the Great Lakes is important, said Andrea VanderWoude, a physical scientist and researcher who has been at the lab for nearly eight years.

Her division of the lab sets up heavily used navigational aids like the buoys, which relay information to lake users. They mark hazardous obstacles like wrecks or rocks, safe deep water, channels to pass through and can relay data like weather, wind speeds and atmospheric pressure. 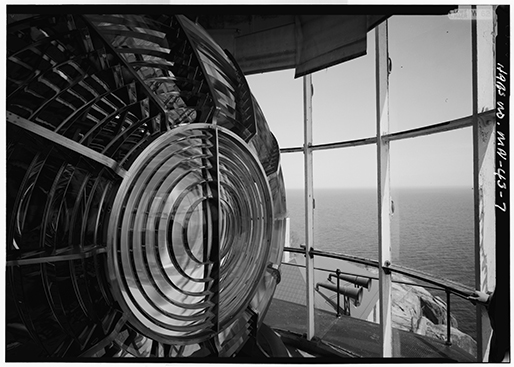 The Fresnel lens that focuses the light beam of Minnesota’s Split Rock Lighthouse off of Lake Superior is a lighthouse advancement covered in “Mastering the Inland Seas.” Image: Library of Congress

The lab also provides observation stations with webcams, some of which reside in lighthouses, that broadcast images and lake conditions online. Such observations are critical to fishers, ship captains, boaters, vacationers and other users of the Great Lakes.

“I think that it’s a topic that will be of high interest to any stakeholder in the region,” VanderWoude said about the book.

Many people and communities are served by the lab’s data, VanderWoude said. That includes the U. S. Coast Guard, which uses a NOAA risk assessment tool to track ice.

The progression of maritime safety laid out in the book from the 1780s to modern day is incredible when it comes to preventing shipwrecks, Karamanski said. But it is still important to keep older tools functional.

“The older navigational infrastructure is still important, both as a safety aid, and then of course, I think they’re marvelous historic sentinels that tie us to our earlier heritage when the lakes were central to our survival,” he said.

“Mastering the Inland Seas” is available from the University of Wisconsin Press for $36.95.

To read the original review and see related stories, follow this link to The Great Lakes Echo website.  https://greatlakesecho.org/2020/06/03/mastering-inland-seas/