A window message at a Mexican fast-food restaurant advertises for job hiring on April 23, 2020, in St. Paul. State jobless benefits are beefed up, for now, by an extra $600 a week from the federal government. That means many people are making more money unemployed at home than they were making at work. Photo: Jim Mone | AP Photo file

Like many restaurants, the iconic Betty’s Pies outside of Two Harbors on Minnesota’s North Shore is open, but only for takeout. Co-owner Carl Ehlenz said he and the employees he’s kept on have been plenty busy, waiting mainly on tourists.

“We know the local groups of people that come here, and we see very few of them,” he said. “A lot of times, we’ll ask where everybody’s from and almost 95 percent of them are from the cities.” 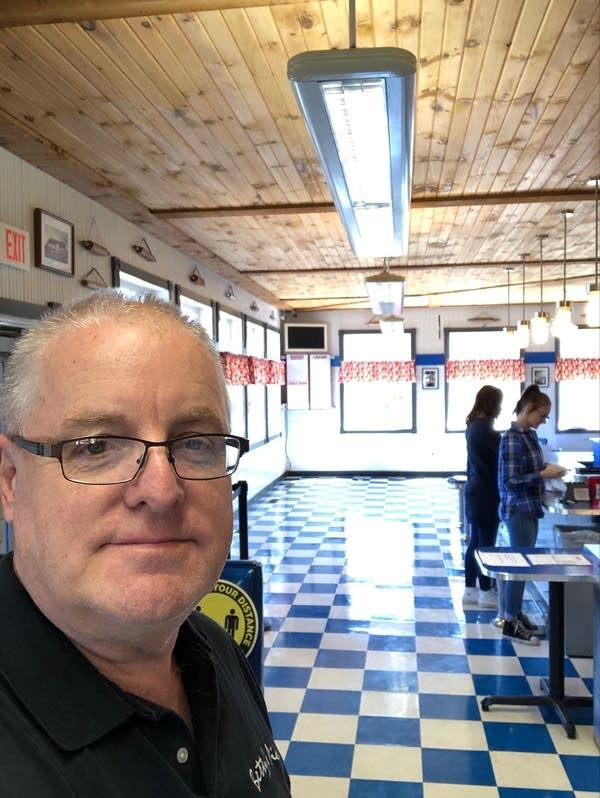 Ehlenz is delighted to have the business, but he’s having a hard time keeping up.

“We already need even more employees on weekends,” he said.

“We’re running such a thin crew that it gets kind of overwhelming, and it’s getting to the point where we need to start hiring people back.”

But some of the employees he sent home are making a lot more money from unemployment, safe at home, than they would make working for him.

“It’s a huge negative for them because they make way more money just sitting at home,” he said.

Prior to the coronavirus pandemic, people on unemployment in Minnesota were getting about half of the wages from the job they lost, capped at $740 a week. Now, in addition to the state money, they’re all getting $600 a week from the federal government through July. So, why go back to work?

“I think it’s going to be a really big problem once the time comes where you really, really need people back,” Ehlenz said. “I don’t want to be mean to employees or anything like that, but we’ll need them back.”

Ehlenz is not alone in thinking it’s a problem. Ted Chalupsky, owner of a locally based employment services company called The Right Staff, said employers offering the lower end of the pay scale — $25 an hour or less — are increasingly competing with the new unemployment benefits.

“They’ve been having a hard time either getting former employees reengaged or finding employees that are currently taking advantage of that benefit to get them to come to work,” he said.

Chalupsky said that if an employer offers a furloughed employee a job, the employee’s unemployment benefits could be in jeopardy if they refuse to return to work. He said employers also have a much larger pool of potential workers to draw from than before the pandemic because so many people have lost their jobs and want to work. 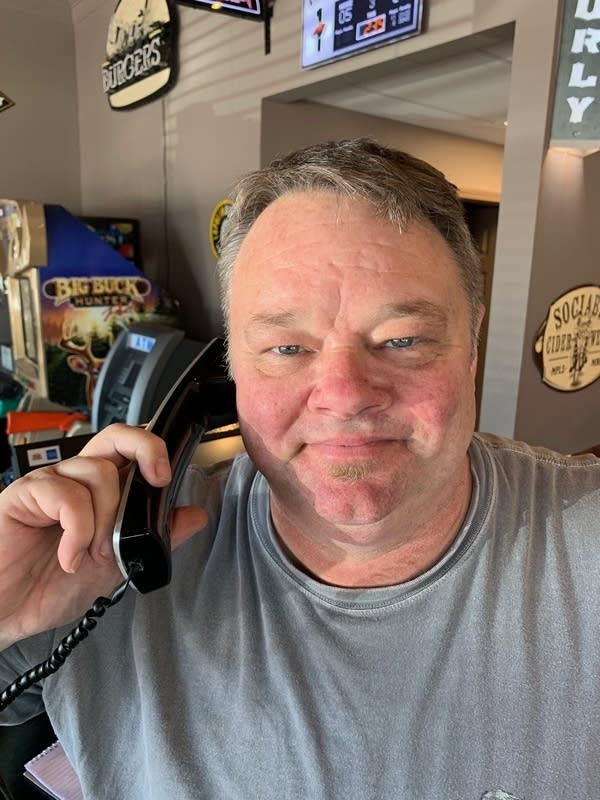 Rob Scott, who owns Lucy’s Burgers in White Bear Township, decided to rely primarily on people who are not eligible for unemployment benefits like high school kids.  Photo: Courtesy of Rob Scott

He doesn’t want to bring back employees who are getting the enhanced benefits only to possibly have to send them home again.

Scott said he decided to rely primarily on people who are not eligible for unemployment benefits.

“So, high school kids, mostly,” he said. “We brought back our part-time high school kids and have really started utilizing them in a stronger fashion than we were using before. By hiring them, we’re actually helping them support their parents and the rest of the family.”

People interviewed for this story worry that if Congress extends the enhanced unemployment benefits past July, it will further hamper their efforts to staff up as business tries to resume.

To hear an audio version of this story and read related reporting, follow this link to the MPR News website.  https://www.mprnews.org/story/2020/05/12/restaurants-face-a-staffing-problem-unemployment-pays-bette...