24 Leeches is a family camping story told by folk maker Aaron Peterson's son Josiah. The film takes place in 2018 during a 10-day canoeing and camping trip to the Slate Islands of Ontario, Canada, on Lake Superior. Josiah passed away in 2019. Photo: Youtube

A Michigan based film maker has released a short film that is both a celebration of Lake Superior's Slate Islands, and a memorial to his son.

Aaron Peterson shot the film 24 Leeches in 2018, and had his eight-year-old son Josiah narrate it.

The film chronicles a 10-day family canoe trip around the Slate Islands, on Lake Superior, and focuses on Josiah and his younger sister experiencing the beauty and ruggedness of the area.

Soaring drone shots capture the vastness of the lake and its pristine water, while point-of-view shots focus on the two kids discovering nature.

The pivotal scene has the brother and sister collecting and counting 24 leeches, then carefully letting them all go .

To the kids, leeches are beautiful. 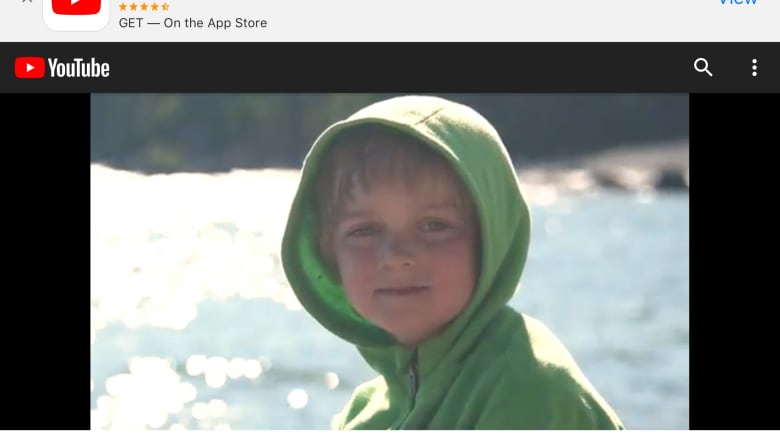 Peterson said the film was scripted from campfire conversations about life, climate change, and the natural world the family shared during several canoe trips.

Josiah passed away in August of 2019 as result of a fungal brain infection contracted during treatment for Leukemia.

But 24 Leeches is not a tragedy. It is full of joy.

Josiah's illness and death aren't not mentioned or even hinted at.

Peterson said the response to the film has been gratifying, and has helped him heal.

"First, there there are a lot of people that don't know or realize Josiah's fate, and they accept it and enjoy it as a film about childhood, and about curiosity, and the joy of the outdoors," said Peterson. "And then, folks that also have known loss. Grief is very lonely. And it's been a way to, I think, virtually connect with other people. You know, people that have known loss and have watched it have reached out to me."

Peterson said although film was produced in 2018, he didn't think it was finished and never released it. After Josiah passed away, the film became a memorial to his "best friend and adventure buddy."

While the film lovingly features the rugged beauty of Lake Superior, and the Slate Islands, it also touches on the impact of climate change on the greatest of lakes.

Peterson said despite his young age, his son was genuinely concerned about what the future held.

"Josiah was very special kid that experienced more in his decade than many do in a full life," Peterson said. "He was kind of nerdy and in a beautiful way. You know, he knew all his planets in order at age four, and knew all the names, and he could write his name at age two, so he was very bright and the made connections between things that often escaped the eyes of adults."

The best description of this video comes from its creator Aaron Peterson Studios.

'24 Leeches is a camping story told by my son Josiah when he was 8 years old. The film takes place during a 10-day camping trip to the Slate Islands of Ontario, Canada on Lake Superior. It was scripted from campfire conversations that we shared during this and other trips. In August 2019, I lost my sweet boy to a fungal brain infection contracted during treatment for leukemia. He was 10 years old. This project has now become a memorial to my best friend and adventure buddy, a very special kid that experienced more in his decade than many do in a full life. I ache to know what he would have been.'