By Catharine Richert of Minnesota Public Radio News - May 11, 2020

From the earliest days of the coronavirus pandemic, “test, trace and isolate” was a mantra coming from the highest ranks of Minnesota’s government.

It’s a trio of tools key to reopening the state, said Gov. Tim Walz during an April 13 press briefing.

"We believe we're working in the right direction to save lives," he said. "Yes, we all want to open up tomorrow, but people will die if we do that."

But while testing has increased to nearly 5,000 COVID-19 tests daily, case investigation and contact tracing — the practice of contacting someone who has tested positive and then tracking down other people they may have come in contact with while they were contagious — has been slower to ramp up.

State Health Department officials said they are short-staffed and it’s now taking several days to launch case investigations once they learn of a positive test result. County health officials said they’re worried delays have led to potentially risky gaps between when someone finds out they’re positive for the coronavirus and when they are first contacted by state officials to discuss who they might have been in contact with while contagious.

“With that lag in communication, some individuals might still report to work and be positive, they might still go about their activities that would put other people in the community at risk,” said Sarah Grosshuesch, Wright County’s public health director. “And of course, not know how to protect their family.”

Grosshuesch is among public health representatives of 17 counties surveyed across the state by MPR News. Many expressed frustration that case investigation and contact tracing have been slow to start, even as the state focused on increased testing.

It wasn’t until early May that the state started training county employees to investigate cases locally, a perplexing delay for county officials who have previous experience with this practice from other infectious disease outbreaks.

The Minnesota Department of Health said ramping up contact tracing has been hampered by logistics and technology. The case investigation and contact tracing process has long relied on manual, paper-based steps and was done on-site in St. Paul as a result. But the pandemic has forced the agency to look for more efficient ways to do the work.

Digitizing the process so local public health employees could be involved was the first step, said Deputy Commissioner Margaret Kelly.

“Because of this, it had been very challenging to imagine how we could share this work with our local partners, especially during a pandemic,” Kelly said. “As we planned for the surge in cases, we determined we needed to find a way for this work to be done electronically and remotely so that we could have [local public health] take on some of the work. … We transformed our work as quickly as we could.”

State officials say a hiring freeze has prevented them from bringing new case investigators on staff, so they’re asking the Legislature to allocate $300 million from federal COVID-19 response funding to ramp up contact tracing to keep up with a growing number of positive test results.

In a conference room at the state Health Department, lead case investigator Cody Schardin spends his days managing a growing number of employees who have been redeployed from other parts of the department to help contact people who have tested positive for the virus.

He said once the state is alerted to a new positive case, a department employee follows up with that person.

“We’ll give them a specific list of symptoms, we’ll talk about preexisting health conditions they have, we go through any travel they’ve had,” he said. “And we really want to narrow their onset date for when they started to feel symptomatic.”

That last point is critical, Schardin said, because it helps case investigators narrow down how many additional people they need to contact who the patient may have exposed.

Schardin said social distancing has worked in their favor; most people aren’t seeing others outside their immediate family.

But he said a challenge has been getting positive test reports that contain incorrect phone numbers. In other cases, people simply don’t pick up the phone.

At the start of the pandemic, workers at the state Health Department were launching case investigations within 24 hours of receiving a positive case report, Schardin said.

But as testing has increased, it’s taking Health Department staff a couple of days to start an investigation, said Schardin. 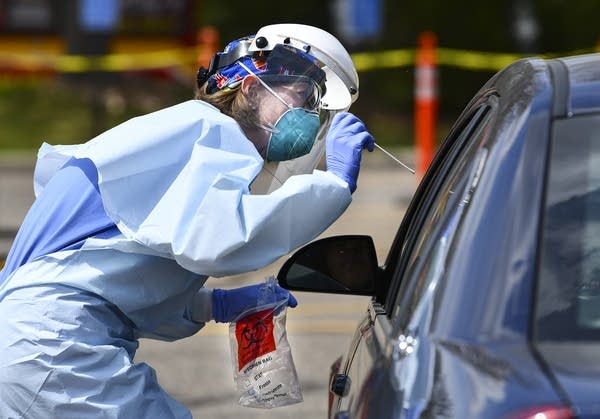 People who test positive should get advice from their health care provider first about how to self-isolate and prevent further spread of the disease, Kelly said, and they should act before they hear from the state.

“We have to rely on individuals to act responsibly,” said Kelly. “We need people to start social distancing and other protective behaviors without waiting until they get a call from the Health Department.”

Nevertheless, the department is requesting more employees so case investigations can be done faster.

By this week, the agency expects to have up to 400 people from within the Health Department and at the county level doing the work. The state will likely need at least 1,000 people doing contact tracing, but could require up to 4,200 hundred workers, said Kelly.

Of the $300 million the Health Department is asking the state for, $228 million would go to finding an outside vendor to fill the labor shortage gap.

“We need to ramp up our tracing capability and our follow-up capability very quickly and very broadly across the state to really have an impact and get our arms around this thing,” said Rep. Tina Liebling, DFL-Rochester, who is sponsoring the bill.

The idea isn’t supported by everyone, however. Rep. Jerry Hertaus, R-Greenfield, says it’s not a wise use of money.

“The genie is out of the bottle. It’s too late,” he said in a legislative hearing about Liebling’s bill. “There are too many people that have it. It won’t serve any purpose.”

In 2016, Olmsted County Public Health Director Graham Briggs was an infectious disease and epidemiology administrator in Pinal County, Ariz., the site of a large measles outbreak.

Briggs said counties there were expected to do case investigation and contact tracing with the state Health Department acting as backup. He said local public health officials are well positioned to help because they have local knowledge and relationships.

“You know if someone is walking to Hy-Vee to work, we know where their address is, how far they have to walk, and if they need essential services,” he said. “There’s something you gain with doing investigations locally.”

Briggs said Minnesota’s Olmsted County started investigating COVID-19 cases last week after participating in a state training the week before. That training involves gaining access to information about each new positive case and a database where follow-up information about the case is stored. 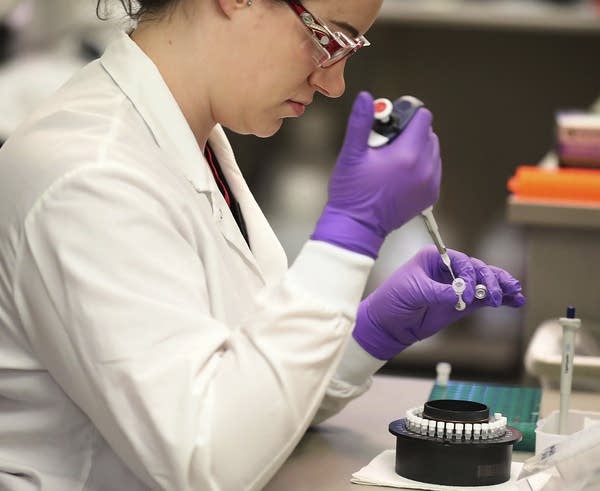 He said doing the work locally will hopefully shrink the risk of widespread community transmission by contacting patients in under 24 hours.

“You know when you’ve got someone with a highly infectious disease, every minute they are out in the community exposing people or every minute we get closer to those contacts they’ve already exposed becoming infectious, is increasing that risk that we have transmission ongoing in the community,” said Briggs.

She said people living there are waiting up to two days to hear from the state after receiving a positive COVID-19 test result, so the county has identified 27 employees who can be trained to investigate cases locally to start making calls within 12 hours of getting a report.

"It certainly will help with slowing the spread,” Moritz said. “The sooner that we can be in contact with others that the subject case would be in contact with, if we can get them to quarantine themselves and not expose additional people, we could slow the process of that spreading."

She said a big reason St. Louis County decided to take the state’s training was to get access to more data about how the virus was progressing locally.

“Certainly for timeliness and quality, but we want access to as much data as we can that will help us do our job better,” she said.

Prior to gaining access to the state’s database of positive cases, they were getting more detailed and timely information from local congregate care facilities where many cases are located, Mirsch said.

But while some counties have the staff to do contact tracing, that’s not the case everywhere, which could lead to a wide variation in how contact tracing is conducted statewide.

That includes Mower County, where there have been 45 cases so far.

“Our staff remains busy doing their normal services,” said Pam Kellogg, who is division manager for the county’s community health services. ”We do not have extra staff.”

Kellogg said it’s usually a couple of days before the state contacts someone who has a positive result.

“We realize there’s a problem,” she said. ”If we need to stop our normal services and start doing contact tracing and investigations, we certainly will.”

To hear an audio version of this story and see related articles, follow this link to the MPR News website.  https://www.mprnews.org/story/2020/05/11/minnesota-counties-say-contact-tracing-is-taking-too-long