For the past three years, Robyn Argir and her husband, Jeff, have spent winters in the tiny old mining town of Madrid, N.M. They’ve fallen in love with the high desert landscape and mountains outside Santa Fe.

Still, when the weather warms, they return north to their family and friends and the place they consider their true home, on Owen Lake, about 40 miles north of Grand Rapids, Minn.

They usually return in April. But, as COVID-19 began to spread across the country, the Argirs considered staying put in New Mexico. Robyn, a retired nurse, worried about her husband, who has multiple sclerosis, traveling and staying in motels.

But as states began to put stay-at-home orders in place, the couple started to worry they might not get back to Minnesota.

"So, one morning, we just got up and decided we got to go … just threw everything in the back of the truck. And off we went!" Robyn Argir said.

It was the middle of March. There weren't a lot of cars on the highway. And those that were, recalled Argir, more often than not belonged to fellow Minnesotans.

“Everybody was waving and honking their horns,” she said. “Everybody was making the pilgrimage back, to get tucked in and hunker down." 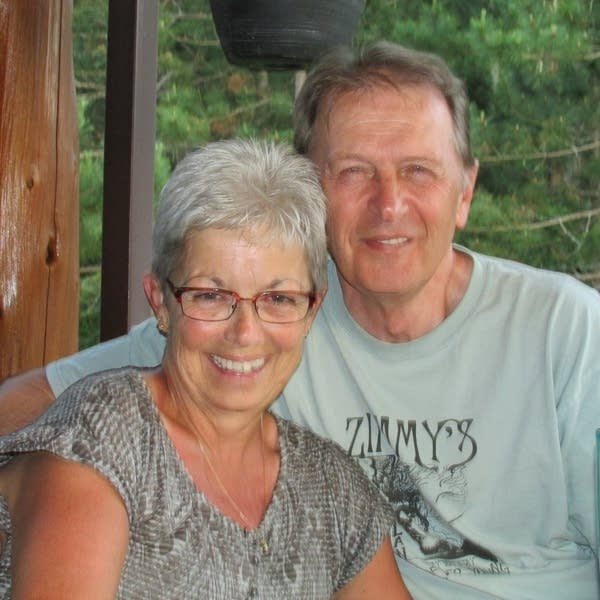 More than 44,000 Minnesotans spend their winters somewhere else. Some, like the Argirs, have already come home. Others are delaying their returns. Some haven't decided yet if they will — weighing the risks of travel alongside what they're hearing from the communities they want to return to.

Carol Steele, who runs a small orchid farm with her husband about 9 miles outside Grand Rapids, said she gets nervous when she runs errands in town and encounters people at stores not wearing masks.

"And I wonder: Where did they come from?” she said. “Did they come back already from someplace that isn't taking care with regulations to keep people safe?"

Across northern Minnesota, communities are trying to strike a tricky balance between community and economic health.

Some residents are concerned that snowbirds, second-home owners and tourists could potentially carry the highly contagious coronavirus into counties with limited health care capacity to treat sick patients. But the financial reality is just as stark: Those seasonal visitors are the lifeblood of many communities’ summer economies.

Some places — including Bayfield County in northwestern Wisconsin, and Cook County in far northeastern Minnesota — quickly took a hard line, asking visitors, even those who own property within their borders, to stay away for the time being.

“I got emails from people itemizing the amount of money they spend here and how they support the community,” she said.

But it’s not about money, Doo-Kirk said. It’s about keeping people safe. Still, she said the county softened the language of its no-visitors advisory, and is now taking a two-pronged approach.

“The first message is stay in place. Stay where you are,” she said. “The second message is, if you're just determined to be here, then when you get here, self-quarantine for a minimum of 14 days.”

Other counties across the northern half of Minnesota, from Becker to Itasca to Otter Tail, are also asking snowbirds to self-quarantine for two weeks when they arrive at their homes.

Itasca County’s Chandler said her department has tried to be sensitive to public fears about returning residents potentially bringing the virus with them. But she's also concerned about stigmatizing them. She said some have reported feeling shunned or ostracized by their neighbors.

"Who are we to say you can't come to your own property?” she said. “Someone could arguably make that case that they're safer here than wherever they were previously — and then that their support systems might be here. It might be their children. It might be their grandchildren."

And the return of snowbirds — along with cabin owners and tourists — is also critical to the region's economy, which is already reeling from layoffs at the Blandin paper mill in Grand Rapids and several mines on the Iron Range.

"We want everyone to be safe,” said Ben DeNucci, an Itasca County Commissioner who also owns a small grocery store in Nashwauk, a half-hour east of Grand Rapids. “We want everyone to follow the guidelines. But at the same time, we know if we don't have this traffic, it's going to be really difficult.”

Bill Hennessy is planning to return to his home on Poplar Lake, 30 miles from Grand Marais, later this month.

“There shouldn't be a problem,” he said. In such a remote area, ”you almost self-quarantine whether you want to or not.”

Sue Abrahamson, who winters in the town of Port Ludlow, Wash., plans to return with her husband to their summer cabin on a tiny lake 20 miles northwest of Duluth, with no electricity, and no running water, at the end of May.

They thought about staying in Washington for the summer. But there’s too strong a pull back to their summer home.

“There are things that we have to do back in Minnesota,” she said. “We have to check the cabin. We still have friends and family back there.”

Abrahamson and her husband are planning a return to Minnesota several weeks later than usual this year. They also plan to go back to Washington a month earlier than usual at the end of the summer, in case there’s a surge of COVID-19 cases in the fall.

Back at her summer home north of Grand Rapids, Robyn Argir said she’s hunkered down with her husband after making an initial trip to stock up on groceries.

She’s stayed busy reading, building puzzles, getting outside, and learning to speak Spanish —something she said will come in handy if she’s going to keep wintering in New Mexico.

She also makes a distinction between snowbirds and vacationers. She says her place on Owen Lake is her home, “as opposed to people coming up to spend a weekend at their cabins, from the [Twin] Cities. Because they're not quarantined. They're out on their four-wheelers. They're going to restaurants for takeout.”

She said that's what she hears more concern about — concern that will likely only grow as more and more people start to flock north as the Minnesota summer beckons.

To read the original article and hear an audio report of this story, follow this link to the MPR News website.  https://www.mprnews.org/story/2020/05/07/snowbirds-returning-to-minnesota-find-quarantine-wariness-a...