'Sorry, we have to cancel': Minnesota resorts worry about their survival A colorful picture drawn by children hangs on the wall of East Silent Lake Resort in Otter Tail County on Friday. This year will be different at resorts because of the coronavirus. Owner Andy Leonard and said he and his family are trying to maintain the resort experience while respecting social distancing.
Dan Gunderson | MPR News

By Dan Gunderson of Minnesota Public Radio News - May 6, 2020

East Silent Lake Resort had only been around a few years the last time a major pandemic swept the world.

Log cabins with outhouses hugged the shoreline of this small secluded lake just east of Pelican Rapids. The cabins didn’t have running water, or electricity — the resort started as a family retreat and soon opened to others.

It's the kind of place with traditional small cabins, s'mores by the fire and weekly rentals that families return to for the same week, every summer. Now there are also large modern lake homes with more amenities, appealing to a broader clientele.

There’s no record here of how the resort managed the influenza pandemic of 1918, but fast forward a little more than a century, and Andy Leonard, whose family runs the resort now, ponders how quickly things have gone from optimistic to worrisome, just this year. 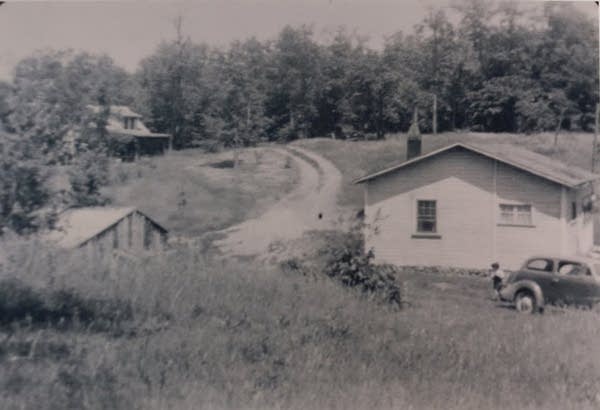 East Silent Lake Resort in Otter Tail County as seen in the late 1930s. The coronavirus is proving to be a big challenge for resorts with many vacationers canceling resort trips because of concerns about the pandemic. Photo: Courtesy of Andy Leonard

Just a couple months ago, there was excitement about this season. The Minnesota Governor's Fishing Opener was coming to Otter Tail County, and resorts expected to be busy. 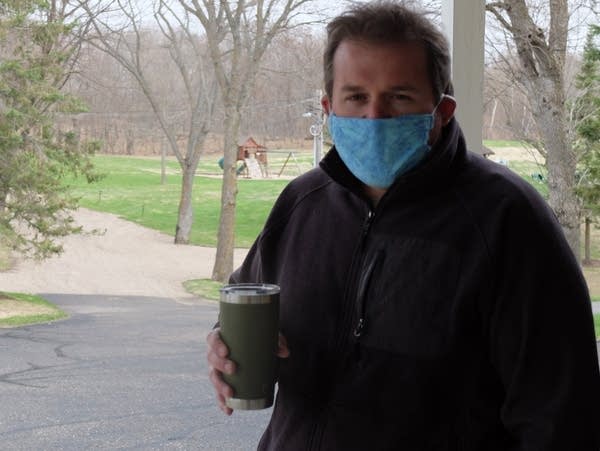 Then, in early April, Gov. Tim Walz canceled the annual event because COVID-19 had reached the state. Minnesota’s stay-at-home order, which is scheduled to run through the middle of May, has put a halt to dining in at restaurants and road trips too far from home. State health officials are asking residents to limit their travel — and the state Department of Natural Resources is asking anglers to spend their walleye fishing opener this weekend close to home.

Cancellations started coming in — Leonard is now getting two or three a day. He’s trying to be flexible with the cancellation policy. He’s hoping business will pick up later this summer if more people decide to vacation close to home.

But now: Weddings and other group gatherings are being postponed until fall. One longtime guest has already canceled this year because they worried about bringing the virus with them, from their home in New York to northern Minnesota.

Leonard said he knows his family’s resort could lose up to half of its anticipated business this year, and he knows they’re not alone.

In the best years, many small resorts operate on slim profits. Between 1985 and 2017, Minnesota lost nearly half its resorts, and the trend is similar in Otter Tail County. 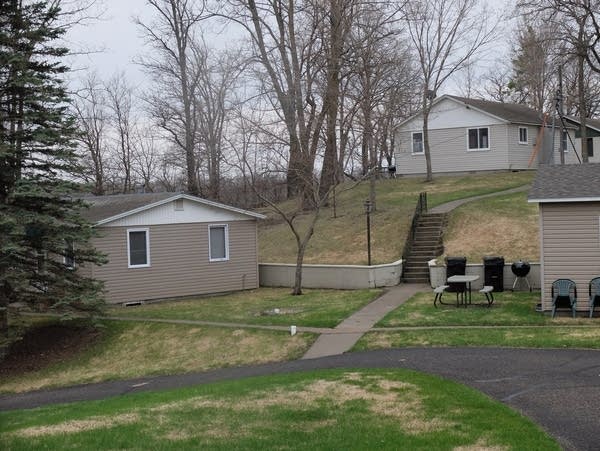 East Silent Lake Resort owner Andy Leonard expect as many as half of the summer reservations to be canceled. He's hopeful a few people will return later in the summer if pandemic concerns ease. Photo: Dan Gunderson | MPR News

“So one of the scariest things is, how many more resorts are we going to now lose because of this pandemic?” Leonard said.

Surveys done by Explore Minnesota, the state’s tourism office, found 7 in 10 tourism-related businesses reported that business activity at the end of April was down more than 50 percent over the previous year  — and a third of businesses reported having no business in the past 30 days.

Surveys done since March also show business owners are increasingly pessimistic about how long the pandemic’s effects will linger.

“With these seasonal businesses, they really typically make almost all of their revenue during about 100 days during the summer,” said Ben Wogsland, director of government relations at Hospitality Minnesota, an industry group.

“So, for these types of businesses, there's not really a way to make up that revenue in the fall. So the impact of any cancellations in any of the summer months is a big deal.”

A different kind of summer

Andy Leonard knows this year is going to be different on East Silent Lake. Normally, with family and hired staff, it takes as many as 25 people to run the resort. But the resort’s restaurant is closed, along with dine-in restaurants across the state, so it’s likely the number of workers will be cut in half.

“If you don't know you can open, it's hard to tell somebody, ‘Hey, I can hire you’ — and I certainly don't want to hire them and then in a month say, ‘Oh, sorry, I can't have you here,’ ” said Leonard. “So we're trying to be cautious with that.”

The economic ripple effect will also be felt in small towns around resorts like Leonard’s, where restaurants and shops depend on the tourism dollars that flow in from May through September to carry them through the rest of the year.

This year, Leonard said, “Guests aren't coming to our resort and staying here. Then those guests aren't traveling into the communities around the area. They're not eating at the restaurants. They're not purchasing things from the shops.”

“I think you're going to see this statewide, where there are a lot of businesses that are going to be hurting this year,” Leonard said.

And help is becoming elusive. Federal coronavirus aid packages haven’t been well-tailored to hospitality businesses, Wogsland said. And while he said he appreciates ideas discussed at the state and local levels, like delaying property taxes or sales tax payments, he’s not sure that’s enough to save struggling tourism businesses. 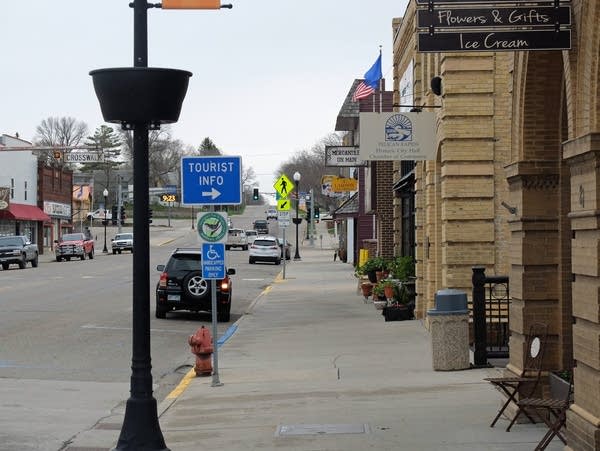 Pelican Rapids is one of many small towns in Minnesota that gets an economic boost from tourism. There might be fewer out-of-town shoppers this summer, as people cancel vacations at resorts because of coronavirus concerns.  Photo: Dan Gunderson | MPR News

“Those are all just buying time and adding a little additional cash flow for some of these businesses, in certain cases, and it is going to be a long road to recovery,” said Wogsland, who is concerned that by the time the state fully eases restrictions on businesses like restaurants, it will be too late for the state’s tourism industry to recoup earlier losses.

“I think that's why it's important we get this right,” he said. “[That] we do it safely, but we start to allow these tourism businesses to expand operations in the very near future.”

Safe operation of tourism businesses like resorts will require a social contract between businesses and guests. 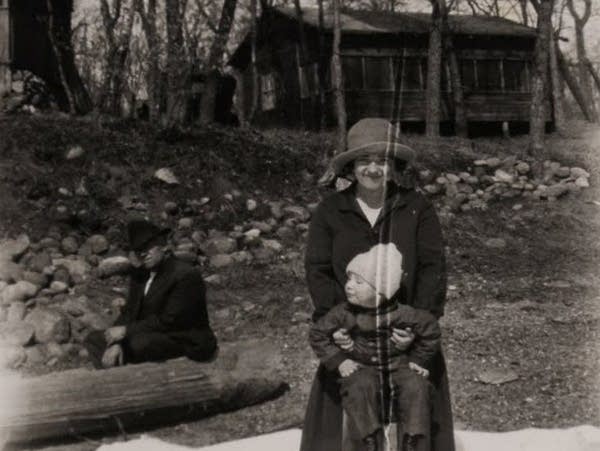 Members of the family that originally owned East Silent Lake Resort sit on the beach in a photo dated 1926. The 105-year-old resort is one of many tourism businesses facing an uncertain 2020 summer season because of the coronavirus pandemic.  Photo courtesy of Andy Leonard

That will mean big changes at East Silent Lake Resort.

Leonard and his family — he’s run the resort for the last 15 years with his wife, his parents and a brother — have alerted the guests who haven’t canceled their reservations that they will be checking in remotely this year. That’s a practical change, made in the name of social distancing, but it means eliminating the annual ritual of reconnecting with people who visit the resort every year — people who have become their friends.

“You know, we have these really strong relationships with these guests,” Leonard said. “So when we see them, our first intention is to go and give them a hug and say, ‘How are you?’ And so absolutely, that's gonna be a hard thing.”

They’re also setting aside more time for deep cleaning cabins between guests, and are trying to reimagine the resort experience in a pandemic: How do you have s'mores around the campfireand practice social distancing? Who’s allowed to hop on the pontoon for a group excursion around the lake? What about scheduled activities? 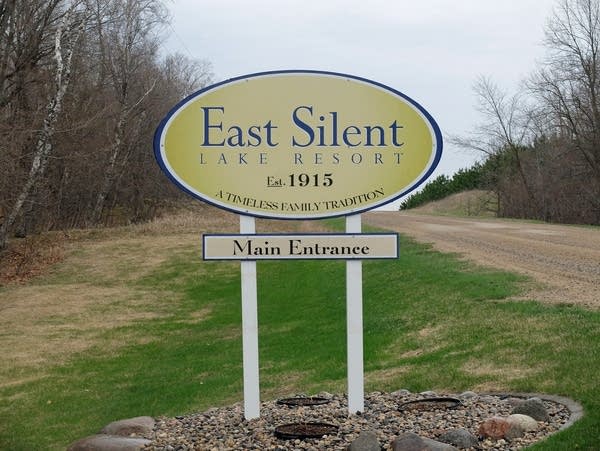 East Silent Lake Resort in Otter Tail County is trying to learn how to operate amid a pandemic. The owners worry as many as half of reservations for the summer will be canceled.
Photo: Dan Gunderson | MPR News


To read more of the original story and see related reporting, follow this link to the MPR News website.  https://www.mprnews.org/story/2020/05/06/sorry-we-have-to-cancel-minnesota-resorts-worry-about-their...
Outdoors