"I always equate it to putting together a huge puzzle, like a thousand-piece puzzle," said his mother, Annamay Snyder.

Snyder works four days a week. Her husband works five. So every year, when school ends, they piece together an intricate schedule of summer camps that are affordable and interesting for their 7-year-old son that will keep him engaged, and to allow them to work.

On the docket this year: A weeklong map-making camp at the Minneapolis College of Art and Design and Pinecraft, a nature-themed camp designed after the Minecraft video game, at the Minnesota Landscape Arboretum.

Figuring it all out can be stressful; some camps fill up the day registration opens. But a few weeks ago, Snyder thought she had it all put together.

"And then, as we've been sitting at home over the last few weeks,” she said, “I've started to think about how this puzzle is probably going to fall apart."

The coronavirus pandemic has thrown summer camps — along with much of summer — up in the air.

A few camps have already decided to cancel, including the Legionville School Patrol Camp in Brainerd, which trains more than 1,000 grade schoolers every summer to be school patrol members, who help younger students cross the street. The camp has been running since 1935.

Other camps have delayed their openings. But most are holding tight, waiting for further guidance from state and federal officials about whether they can operate — and if they can, what changes they might have to make to keep kids and staff safe.

Some camps are designing online alternatives in case they can’t host campers in person. They’re also figuring out how to allow for more social distancing at camp, and how to otherwise tweak their operations, in efforts to prevent COVID-19 from spreading.

"I think the thing that we are all really hyper-focused on right now is how to make some part of camp work for the summer,” said Alli Faricy, who represents the camps around Minnesota and the Dakotas that are members of the American Camp Association.“The No. 1 thing, though, that we are all concerned about, is the health and safety of our campers and staff.”

Faricy also directs Camp Foley, a summer camp on the shore of Little Whitefish Lake near Crosslake, Minn., that her grandparents took over in the 1940s.

Hundreds of kids come from around the country — and the world — for two- to four-week sessions that include camping trips, sailing, climbing and archery, games and songs. “It’s a pretty stereotypical, traditional summer camp,” she said.

Mac West, an 11-year-old from Minneapolis, has been attending Camp Foley every summer since he was 5.

This year, if it opens, Camp Foley will mark its 96th season. It would be a big year for the camp, and for Mac. For the first time, he was hoping to be away at camp for three weeks.

But things are uncertain. Faricy doesn’t know if Camp Foley will open this year. And Mac doesn’t know if he’ll have his chance  to win a “Buoy Award,” a coveted trophy given to campers who excel in a number of different activities.

“So I was excited to try to get it this year, but now it might not happen,” he said. “So I was sad when I heard” that camp may be canceled or changed this year, he said.

“Now that I have one kid who’s in high school,” she said, “I know how fast it goes, and I don't really want a single moment to be taken away.”

Other families risk losing more than a magical camp experience. For many, camps also provide valuable child care after school ends in June. If they’re canceled, that will leave many families in an impossible place. 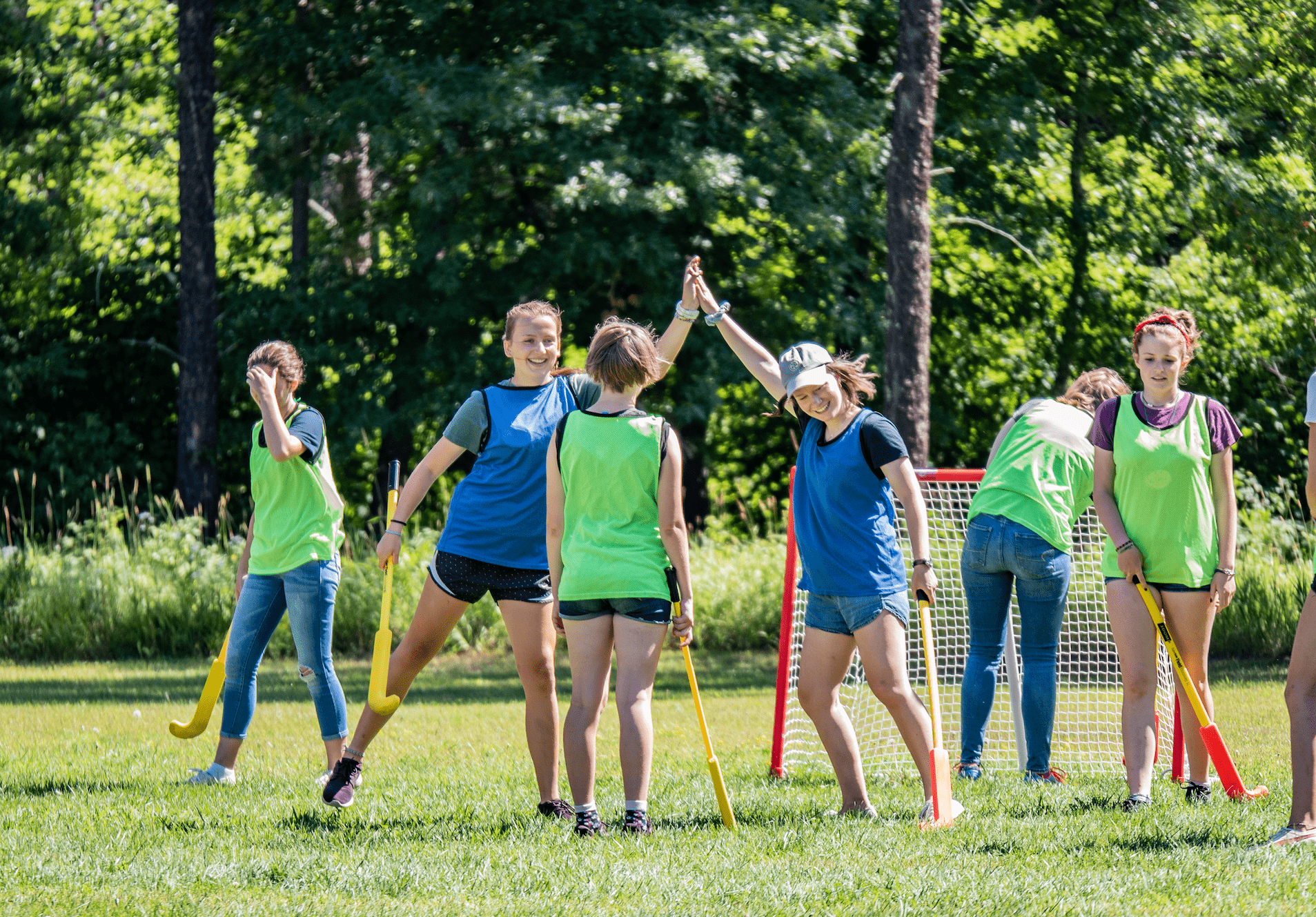 Niki Catlin has enrolled her 6- and 7-year-old in a string of activities — sports, theater, YMCA and other camps — this summer. Now she’s worried that critical child care will fall apart.

“We're kind of cobbling together some other family that hopefully can help,” she said, including a niece home from college who might be able to help out, she said. She’d also likely take some unpaid time off work to take care of her kids.

“I'm not exactly sure what we're going to do yet,” she said.

The YMCA of the Greater Twin Cities fills a huge gap for many families in the summertime. It serves about 20,000 kids every day through its summer camps and day programs.

Chief operating officer Greg Waibel said the organization hasn’t made any final decision yet on camps. Like others, they’re planning for several different possibilities, and also awaiting guidance from the federal Centers for Disease Control and Prevention and the Minnesota Department of Health, before they make decisions about the summer.

Faricy said the American Camp Association expects that information by the end of the month. Until then, she’s asking parents for patience.

Waibel said whatever the Y ends up doing, it will look different than past summers.

“I would say I'm becoming hopefully optimistic that at some point we'll be able to deliver summer programming. We'll be ready if and when that becomes our reality. So that's why we're spending a lot of time planning and preparing.”

Some camps have already decided to delay the start of activities. The University of Minnesota, for example, has already announced its June camps are canceled — unless they can be offered online.

That includes a host of programs serving kindergartners through high schoolers, from sports camps, to classes at the arboretum, to a variety of camps at the Bell Museum, ranging from birding and astronomy, to the weather and engineering.

And Moorhead-based Concordia Language Villages, which draws nearly 5,000 students from around the world every summer to its programs in northern Minnesota, has decided to delay the start of its residential language immersion camps until July 27.

“There’s a little bit of a mourning process when you realize something that you care deeply about is just not going to happen the way it has for 60 years,” she acknowledged. 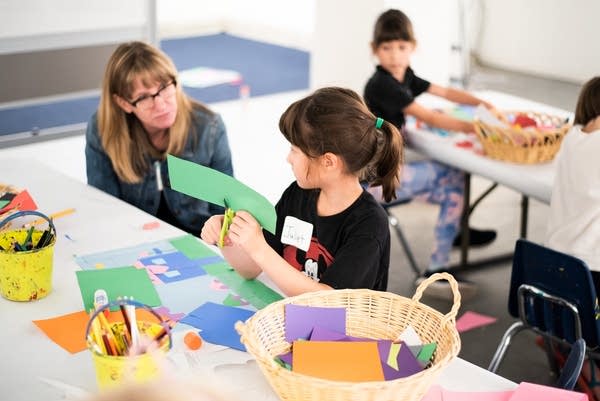 But the camp is trying to turn the disruption into something positive by developing an online learning experience, a step it’s been considering for several years. The virtual sessions will include small groups of students and staff, many of whom will teach directly from the program’s Moorhead campus.

Schulze said the residential camps, which feature villages built to feel like the country whose language students are learning will always be the camp’s backbone. “That’s a powerful experience,” she said. “But online, you can still do a tremendous amount of face-to-face engagement.”

The Minneapolis College of Art and Design is also planning online alternatives to its summer offerings, which include art-inspired classes and camps from comic book creation to music video production, in case in-person camps can’t proceed as normal.

Those alternatives could include virtual gatherings, where instructors provide daily lesson plans; sending supply kits and activities home with students to work on with their families; and online gallery exhibitions at the end of the week where students could showcase their work.

For example: How would a class designed for 18 students work, if only 8 kids were allowed, to account for social distancing? Instead of sharing supplies, could we come with a kit for each student? How often should students take a break to wash their hands?

“It’s really daunting,” Roy admitted. “It's not something we've ever had to take into consideration with our planning before. But we do want to make sure that we're following the established guidelines if we are able to hold some in-person classes.”

The right thing to do?

Even if they go on as scheduled this summer, Annamay Snyder said she’ll want to make the sure camps her son attends are doing everything they can to keep him safe.

Young kids, she knows from personal experience, are not always great about washing their hands, not touching their faces and staying apart from one another.

“Even though we tell our 7-year-old to cover his cough, cover a sneeze, that doesn't mean it happens most of the time,” she said, laughing. “Does that mean all the kids will have to wear masks? Or does that mean that they're going to have them wash their hands on the hour or so?"

Director Leslie Hobson said she’s thinking hard about other potential changes she’d have to implement. Will she have to reconfigure cabin sleeping arrangements to maintain social distancing? Will they have to modify some activities, and maybe cancel others?

Which leads, she said, to the big question that she and other camp directors have been grappling with. Depending on how significantly her camp has to alter its programming, she’ll have to eventually decide whether camp is “the right thing to do this summer.”

Returning campers have memories of camp they want to relive. First-time campers have expectations of what the camp experience will be for them, she said. “And if we have all these guidelines in place, how much does that change camp, that camp is not what campers envisioned?”

On the other hand, she said, after being cooped up at home for the past several weeks, away from school, separated from their friends, kids may need summer camp this year more than ever.

To see the original story and read related articles, follow this link to the MPR News website.  https://www.mprnews.org/story/2020/04/26/pandemic-puts-summer-camps-in-a-quandary
Arts+Culture