The federal government has distributed billions of dollars in coronavirus aid to individuals,  businesses, states and cities in the past month.

But many tribal governments across the country are still waiting for the federal pandemic aid designated for them.

President Trump signed the $2 trillion CARES Act coronavirus aid package into law in late March. But the Trump administration missed the deadline on Sunday to distribute the funds. In a court filing late Friday, the government said no aid would be distributed before Tuesday. That delay has left many tribal nations — including the 11 in Minnesota — waiting for funds they say are desperately needed.

When Gov. Tim Walz put in place Minnesota’s stay-at-home rules  a month ago, sovereign tribal nations in the state were not bound by the order.

But they all chose the same path, implementing stay-at-home orders and shuttering tribal businesses and casinos — which, in most cases, are their primary source of revenue.

When the Prairie Island Indian Community’s Treasure Island Resort and Casino closed in the middle of March, about 90 percent of employees were furloughed, said Tribal Council President Shelley Buck. "That was devastating. I can't even say how devastating that was. That was one of the toughest decisions I've ever had to make," said Buck.

Prairie Island is the largest employer in Goodhue County. The tribe is providing health insurance for furloughed workers, in part using aid from the state of Minnesota.

Since the closures in March, Prairie Island has reopened a convenience store and gas station, with limited hours and restrictions on how many people can be inside the store at once. Treasure Island’s golf course is now open — like many in Minnesota — but its restaurant and pro shop remain closed, said Buck.

The Minnesota Legislature approved $1 million in emergency aid for each of the 11 tribal governments in the state.

That aid covered some essential expenses for the Grand Portage Band of Lake Superior Chippewa, whose reservation lies along Superior’s North Shore and Minnesota’s far northeastern border with Canada. The band’s casino, lodge and restaurant — its primary sources of revenue — remain closed.

"The state did come through with funding very quickly, and we were very happy that it came through so fast,” said Tribal Chair Beth Drost. “We've been able to defer some of our expenses through that, but we really do need the federal funding,"

A history of neglect

Congress has designated about $8 billion in CARES Act funding to be distributed among the 574 federally recognized tribal nations across the country.

But the funding was delayed by confusion over a formula for distributing the money, and legal challenges over who is eligible to receive it. Instead of funneling the money through agencies which send money to tribes on a regular basis, the money is being paid out by the Department of the Treasury, which officials said has never distributed aid directly to tribal nations before.

For tribes, it's yet another slight in a long history of federal government neglect.

Among tribal leaders in Minnesota, there’s anger, frustration — and resignation.

"It's just always a battle, and it's sad that it's always a battle," said Buck. Tribal nations were nearly left out, she said, when the massive federal coronavirus aid package was written.

"Our people in D.C., our Minnesota [Congressional] delegation — all those people had to fight so hard just to get the $8 billion of funding for tribes,” Buck said. “We weren't even considered, and we had to fight for that. And it's just frustrating that history keeps repeating itself in that respect."

Tribal governments point out that their relationship with the federal government has been fraught from the beginning. Promised funding for healthcare and education, as required by treaties, has rarely met the needs on tribal reservations. 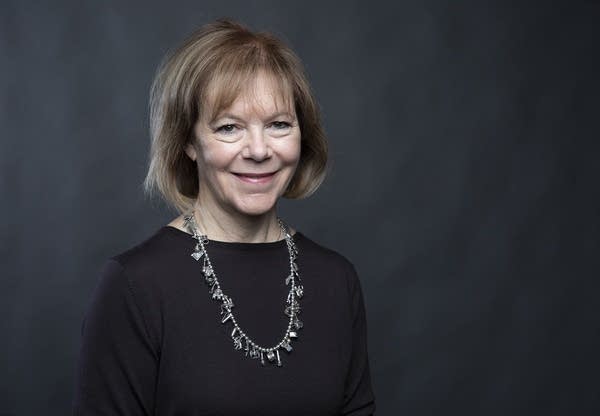 "It feels to me just a lack of responsiveness. A lack of making this a priority," said U.S. Sen. Tina Smith (D-Minn.), a member of the Senate Indian Affairs Committee who said she has called Treasury Secretary Steven Mnuchin in an effort to expedite distribution of the CARES Act funding.

"It is not right that a United States senator, not to mention the leaders of these tribal governments in Minnesota, should have to be banging on the door of the United States Treasury asking for what Congress has already decided should be allocated," Smith said.

Minnesota’s tribal governments have received some funds through federal programs — and through state programs that distribute federal funds. The White Earth Nation recently announced a $500,000 transit grant it received that was related to the CARES Act.

On Friday, weeks after the federal Paycheck Protection Loan Program was rolled out the U.S. Small Business Administration ruled that tribal casinos are eligible. The news came long after the program’s first round of funding for the program, in which the SBA issues loans to help small businesses affected by the coronavirus pandemic keep paying their employees, was depleted.

In the meantime, a government website outlining coronavirus assistance that has been distributed by the Centers for Disease Control and Prevention from a congressional appropriation in early March, shows aid to states and territories is complete, but aid to tribes is “in progress.”

As for the CARES Act, tribal leaders are unclear what kind of formula will be used to distribute the funding, and there’s now a legal dispute over who should be eligible for the money.

Tribal governments from across the country filed suit in federal court to challenge the Trump administration's decision to include Alaska Native corporations in the distribution of tribal aid.

The for-profit corporations are unique to Alaska and are not tribal governments. The suit argues the CARES Act aid should be distributed only to the 574 federally recognized tribal governments that have relationships with the United States.

Sen. Smith said that that was clearly the intent of Congress.

The Trump administration said in court filings it interpreted the law differently, and has the right to decide how to distribute the money. The case is currently before a federal judge in the District of Columbia.

To read the original story and see related reporting, follow this link to the MPR News website.  https://www.mprnews.org/story/2020/04/27/its-just-always-a-battle-native-nations-still-waiting-for-f...