Ice-out is moving north through central Minnesota. Higher temperatures, sunshine and gusty winds are helping to break up the ice on many Minnesota lakes.

Ice-out is now happening in many central Minnesota lakes in some of the most popular recreation areas. 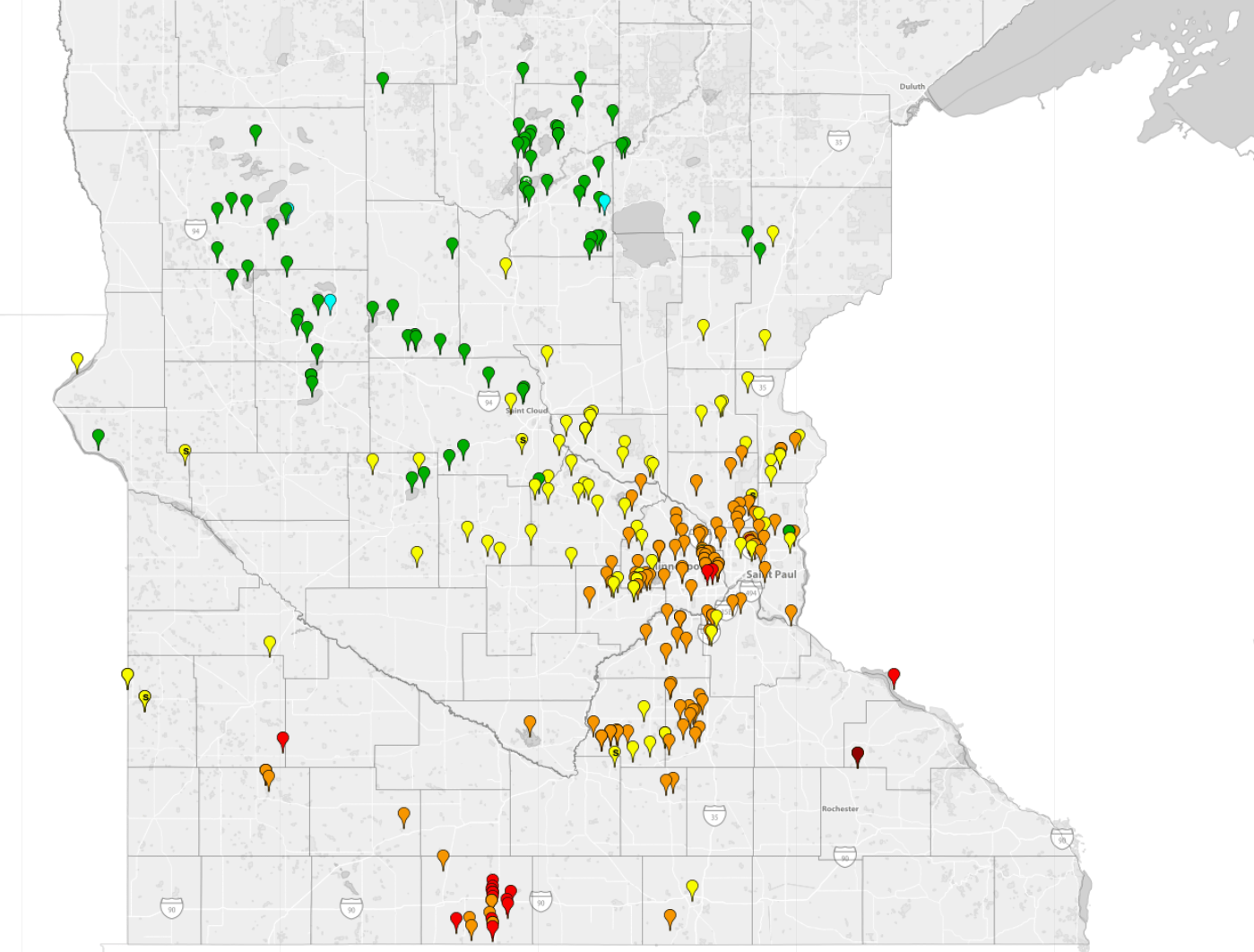 The latest Minnesota DNR ice-out report shows some of the lakes in the Gull Lakes chain near Brainerd are now ice-free.

Here’s a look at temperature forecasts for Duluth into next week. 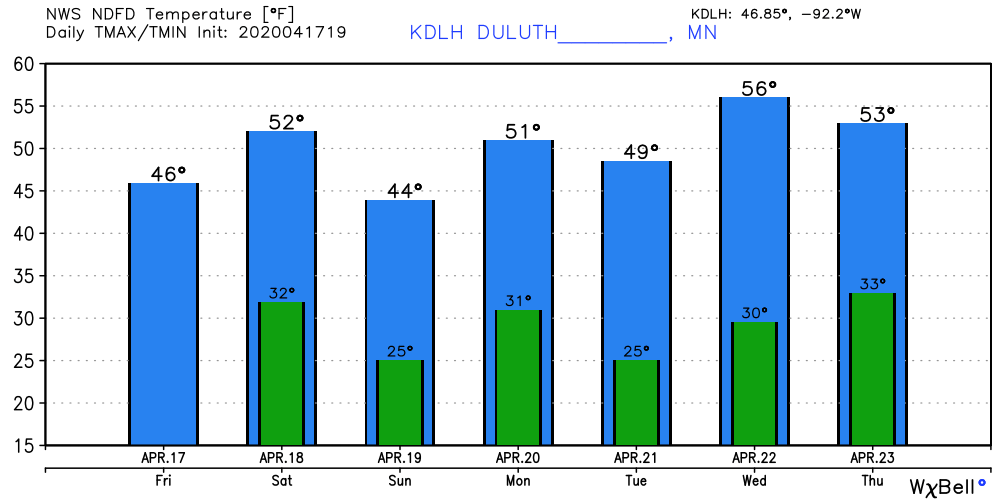 
To read the original article and see related reporting, follow this link to the MPR News website.
https://www.mprnews.org/story/2020/04/17/ice-out-progressing-north-into-central-minnesota-lakes
News