GMinnesota health officials said Saturday that 10 more people in the state have died from COVID-19, bringing the statewide death toll to 121.

Meanwhile, more than 140 new confirmed cases were reported Saturday, bringing the statewide total to 2,213 — though officials say continued limitations on testing mean the actual number is much higher.

The increase in new cases includes a jump from 12 to 36 confirmed cases in southwestern Minnesota’s Nobles County, home to the JBS pork processing plant in Worthington that has seen an outbreak of coronavirus. 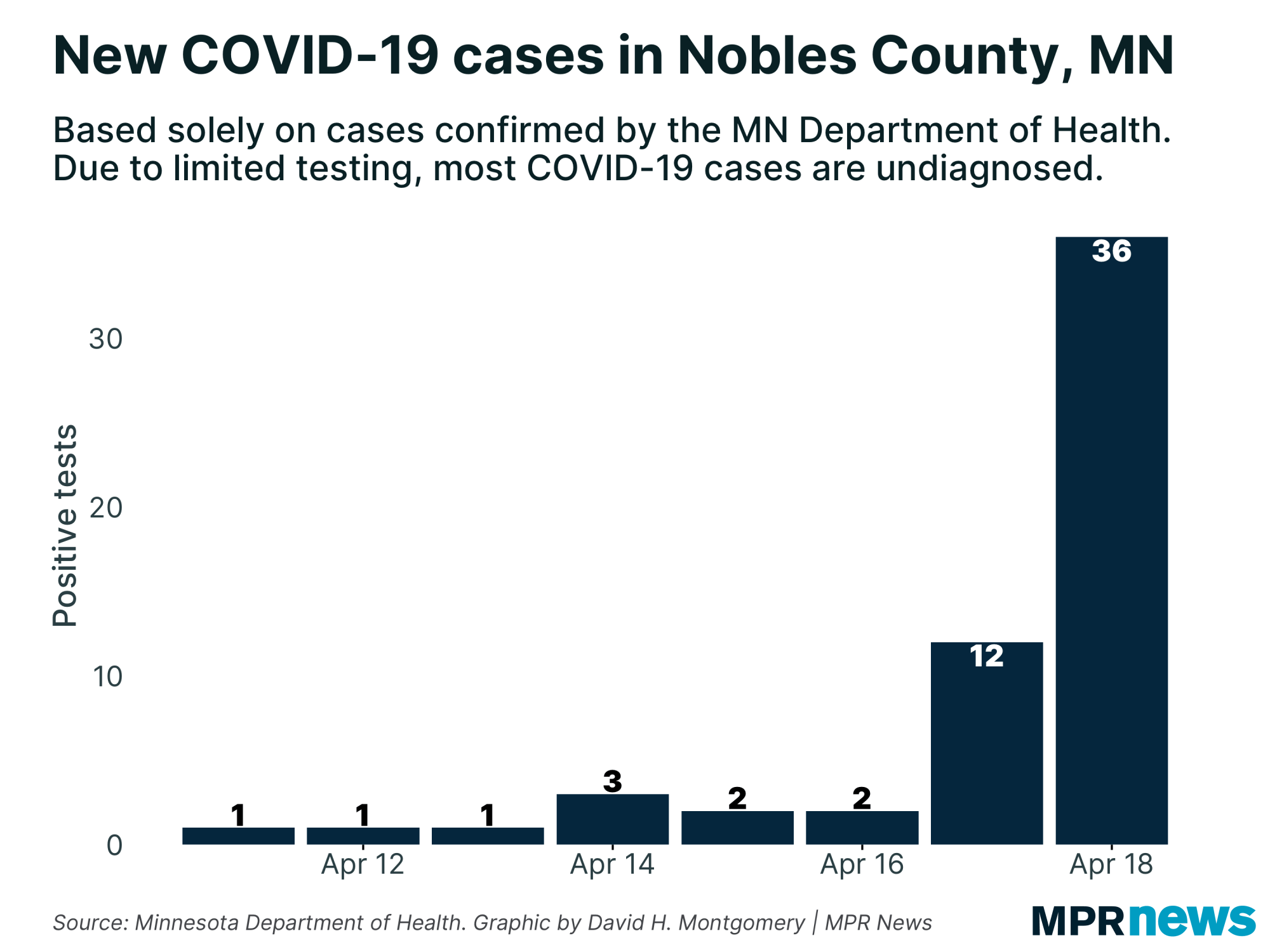 The JBS plant is the city’s largest employer with more than 2,000 employees. The union representing workers at the plant said Friday that at least 19 employees have tested positive for COVID-19, and the union called on executives to slow down production so that workers can maintain safe social distancing.

The latest coronavirus statistics as of Saturday: 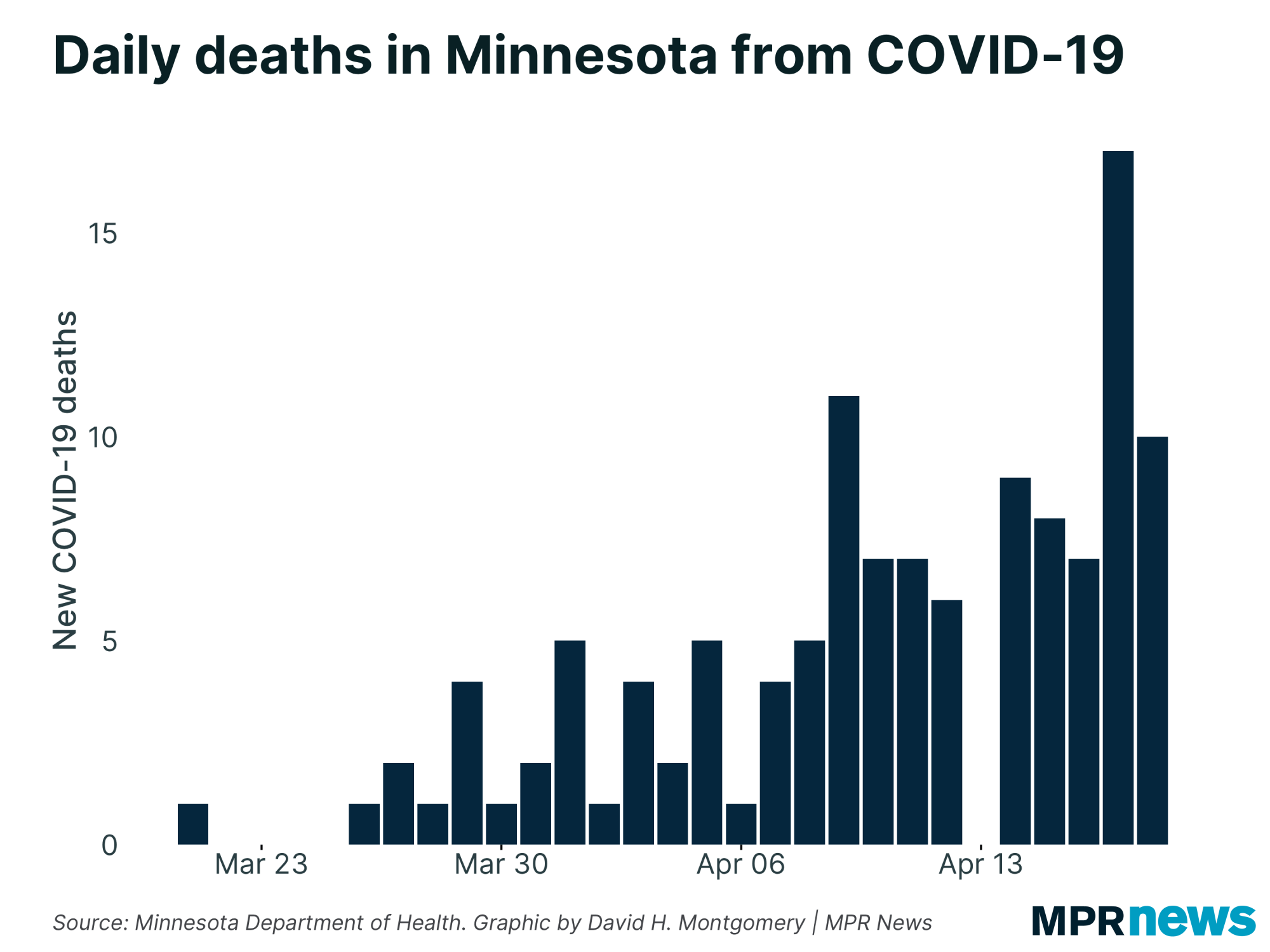 State health officials said nine of the 10 deaths reported Saturday were residents of long-term care facilities. About a quarter of confirmed COVID-19 cases in the state have been linked to group-care facilities, among either residents or staff.

Walz, however, warned against a false sense of security about the coronavirus’ spread in the state as he confirmed new cases tied to a massive pork processing plant in southwestern Minnesota.

"We've done so well and that might be a double-edged sword for us,” the governor said Friday. “I'm just afraid people are ready to bust out and this thing spikes up.” 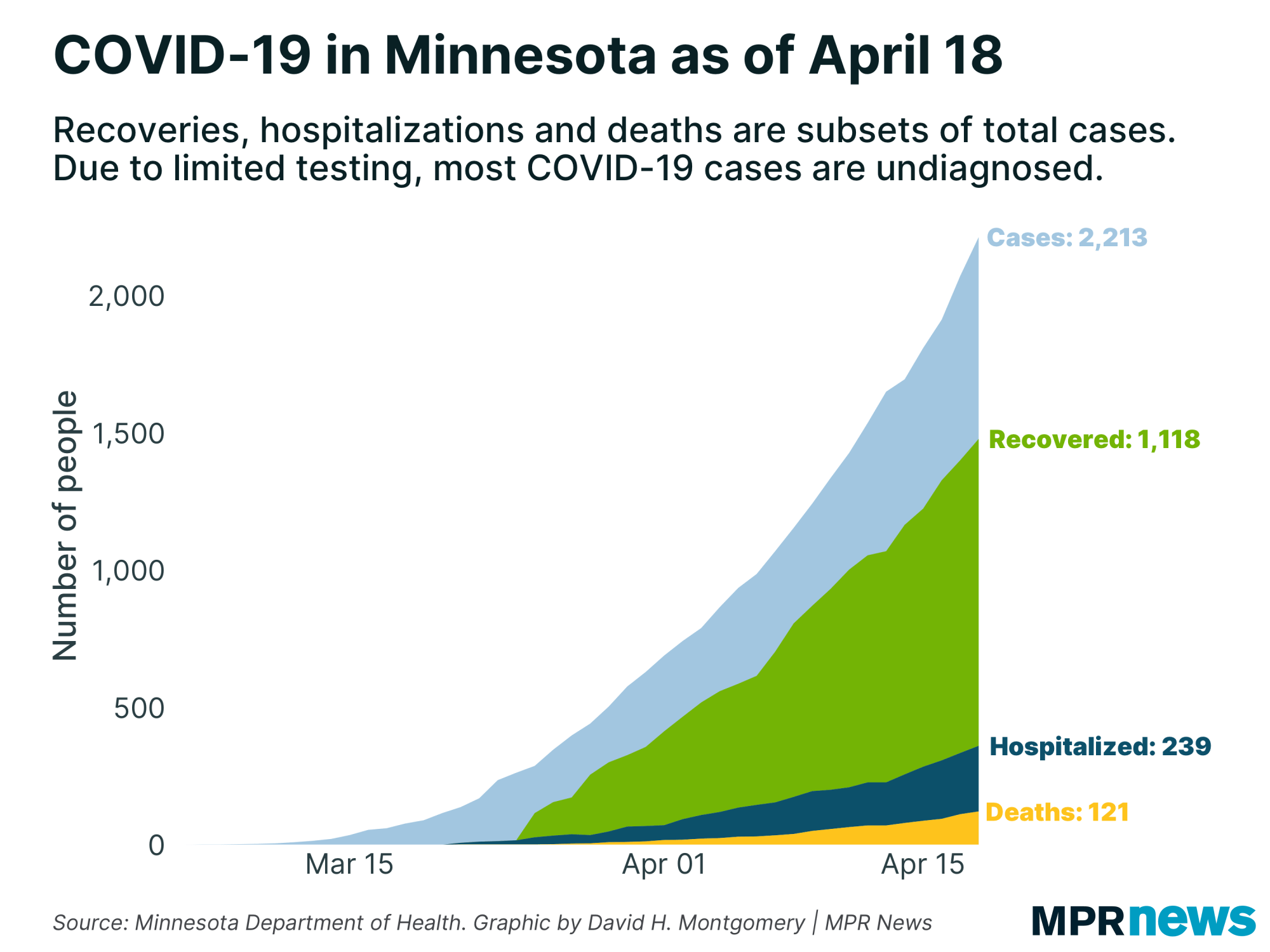 While Republicans and Democrats have been fairly united in the state’s response to COVID-19, political rifts are continuing to grow. A pro-Trump crowd rallied outside the governor’s residence Friday afternoon, urging Walz to reopen the economy and lift his stay-home orders, hours after President Trump tweeted “Liberate Minnesota!” 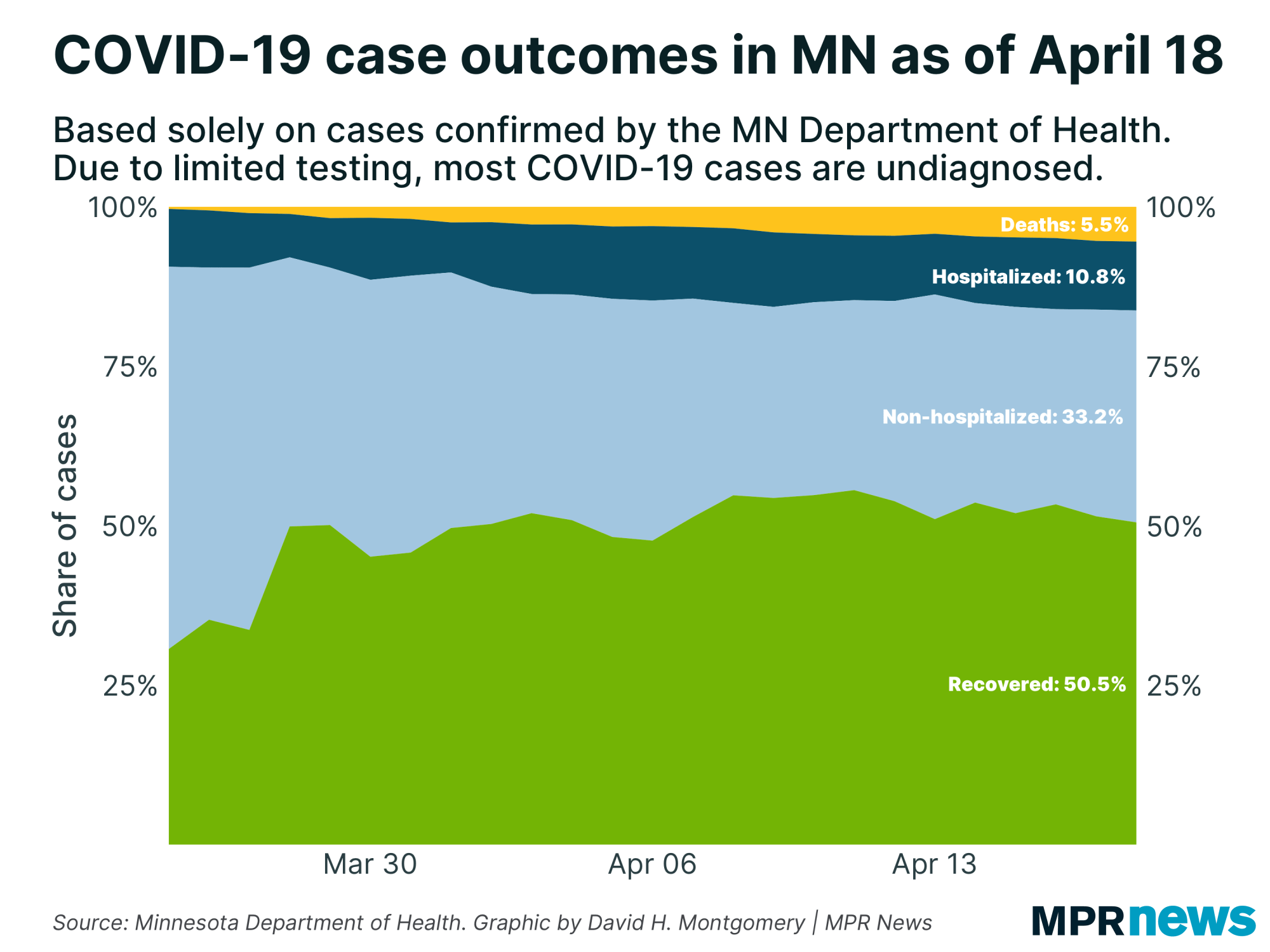 Speaking to AARP members on a call, Walz said that as a member of the National Guard, he’s fought to preserve American freedoms, including freedom of assembly, but that the crowd of protesters was putting people at risk of the disease, including health care workers battling COVID-19 daily.

“They’re not protesting me,” Walz said. “They’re protesting the idea that we have to protect these front-line workers.”

Metro Transit says it will suspend nighttime light rail service beginning Saturday morning. The transit agency said on Thursday that Green and Blue lines will stop for the night at 9 p.m. and start again at 6 a.m.

The Blue Line between Terminal 1 and Terminal 2 at the Minneapolis-St. Paul International Airport will continue running overnight.

Child Care Aware of Minnesota is administering $30 million in funding that the Legislature approved last month. At a House committee hearing Thursday, executive director Ann McCully said the organization received 6,000 applicants — but there is only funding for just over 1,000 of them.

"There is just so much need out there, even when we try to zero in on helping our essential workers," she said. "We are excited to be able to at least help those programs that will receive grants, but we know it will not be nearly enough."

The child care industry has been hit hard by the pandemic. Many child care providers have closed as more families stay home with their children. Some providers are concerned they may not be able to reopen.

It’ll be another month before the massive layoffs due to COVID-19 are reflected in Minnesota’s unemployment figures.

On Thursday, the state reported the seasonally adjusted unemployment rate for March remained at 3.1 percent, unchanged from February. The statistics were gathered before a wave of layoffs began in the middle of March.

More than 450,000 people have applied for unemployment assistance since March 16. Thursday’s report shows only “the leading edge” of coronavirus unemployment impact, said Steve Grove, commissioner of the Department of Employment and Economic Development.

The report for April, which is due on May 21, will capture the brunt of the employment downturn. Even before that, the state says the labor force had shrunk by 48,000 people between February and March in a workforce pool that was slightly below 3 million people. Nationally, the unemployment rate for March was 4.4 percent.

Walz signs bill to allow beer and wine takeout sales: Under the new measure that takes effect this Saturday, customers can purchase one bottle of wine or up to a six-pack of beer, cider or hard seltzer with their food. Other alcoholic beverages are not included.

A look at the data that’s helping Minnesota plan its COVID-19 response: Gov. Tim Walz and other state officials are using a model from the Minnesota Department of Health and the University of Minnesota to predict the health impacts of COVID-19. But with data so uncertain, the model doesn’t predict one future so much as many. Researchers shared data from 100 of their thousands of simulations with MPR News — a randomly chosen 50 simulations from two specific scenarios.

7 Midwest states to partner on reopening the economy: Seven Midwestern governors, including Minnesota Gov. Tim Walz, announced Thursday that they will coordinate on reopening their state economies, after similar pacts were made in the Northeast and on the West Coast. The latest agreement includes Minnesota, Illinois, Ohio, Michigan, Indiana, Wisconsin and Kentucky.

Caregivers try to maintain routines in an abnormal time:Caring for those with dementia can be an all-consuming and isolating job. But in the era of the coronavirus, it has become even more difficult.

To read the original article and see related COVID-19 reporting, follow this link to the MPR News website.  https://www.mprnews.org/story/2020/04/17/latest-on-covid19-in-mn