How do I see the Super Pink Moon this week? It’s time to get those binoculars out, because the full moon on 8 April will be the biggest and brightest of 2020.

This ‘supermoon’ won’t actually look pink – it’s named after the spring blossom of pink phlox flowers that usually accompanies April’s full moon in the US.

But it nonetheless presents an ideal opportunity to study the surface of our natural satellite.

A full moon supermoon is defined as a full moon that coincides with the Moon being at (or within 90 per cent of) its closest point to the Earth (its ‘perigee’) as it follows its elliptical orbit around us.

A supermoon can be up to 14 per cent bigger and 30 per cent brighter than a normal full moon. And if you miss this one, don’t worry: there’ll be another supermoon next month, on 7 May 2020. Technically, a new moon can also be a supermoon, but we don’t tend to mark these because we can’t see them! 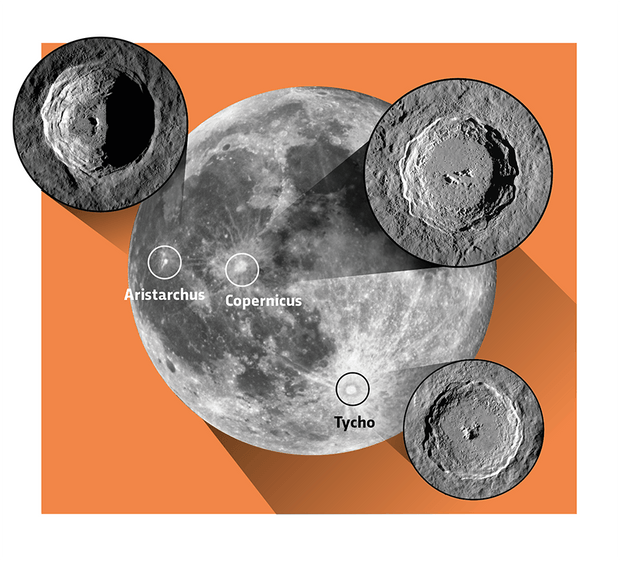 The best time to study the Moon’s surface is actually not on the night of the full moon itself, as it can be too bright. Instead, pick a night a few days before or after the full moon to see the most detail.

The easiest features to spot with binoculars are the Moon’s craters – especially the younger ones, which tend to be brighter.If you’re looking from the northern hemisphere, you’ll see a large, bright crater just to the left of the centre of the Moon’s surface. This is Copernicus, which is 93km-wide and thought to be around 800 million years old (relatively young by the Moon’s standards).

If you imagine a line of symmetry drawn vertically through the Moon’s disk, the Apollo 11 landing site, in the Sea of Tranquility, is pretty much where Copernicus would be reflected on the other side. Remember, if you’re looking from the southern hemisphere, the Moon will appear upside down compared to looking from the northern hemisphere.

You should also be able to see two more distinctive craters with your binoculars – Aristarchus, which is to the left of Copernicus, and the huge Tycho crater at the very bottom. If you look closely enough you’ll see there are many more craters, each one evidence of the Moon’s billions of years of meteorite bombardment.

To read the original article and see more science stories, follow this link to the BBC Science Focus website.  https://www.sciencefocus.com/news/how-do-i-see-the-super-pink-moon/