The Thunder Bay Police Service revealed the results Friday of a three month project targeting gang and drug-trafficking activity throughout the city.

According to police, Project Trapper lead to 46 arrests, including 15 accused from southern Ontario with suspected gang ties.  Three of those accused are youth from the Greater Toronto Area.

The TBPS Intelligence Unit worked in partnership with members of the OPP, Anishinabek Police Service, and the Nishnawbe Aksi Police Service during the project  to investigate the criminal activities of persons associated with traditional southern Ontario-based street gangs.

According to police, some individuals were arrested more than once during the course of the investigation. The arrests came as a result of 10 executed warrants, and a total of 119 criminal code charges were laid.

Detective Inspector John Fennell, of the Thunder Bay police said  officers seized drugs estimated to be worth more than $270,000 dollars. 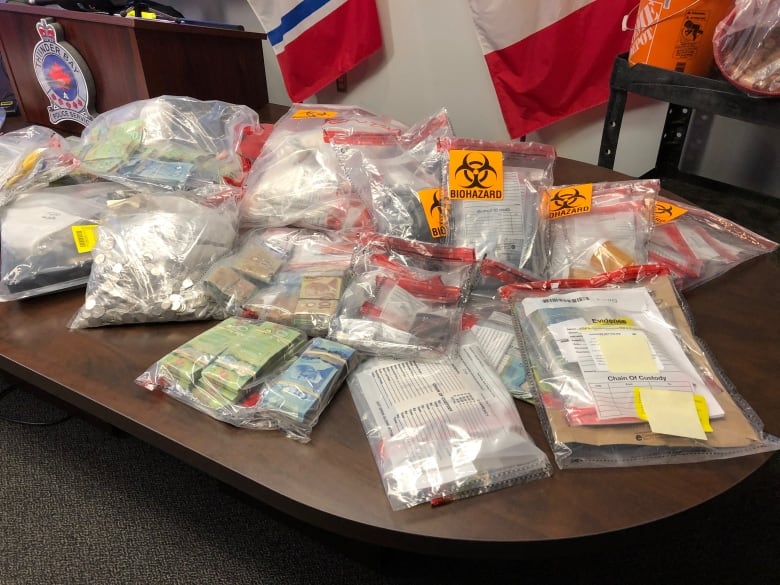 "I know the police take an awful lot of criticism about how that number is found. And they believe to be inflated," he said. "This is the exact cost of what the vulnerable people in our community would have ended up paying for the amount of drugs that were seized here."

Cocaine, crack, fentanyl, methamphetamine, oxycodone, and illegal cigarettes were also seized during the course of the investigation.

Fennell said operations like this take drugs off the street, and save health care and social service dollars.

"You have to remember that they're reducing overdoses. They're potentially reducing deaths. They are reducing their hospital care," said Fennell.  "The social economic costs within the city are great. Again the gangs target vulnerable persons. These are the people that just don't have the luxury of finances so they give up their money or food of safe lodging because they're using the drugs."

Police said what they uncovered through Project Trapper and other police investigations is evidence that drug trafficking between individuals in southern Ontario and drug traffickers in Thunder Bay are linked.

To read the original article and see related stories, follow this link to the CBC website.  https://www.cbc.ca/news/canada/thunder-bay/thunder-bay-project-trapper-gangs-1.5488958