Roger Croaker explains how the weight of the snow plow and its low-clearance supports made it hard to pull the truck out of a hole in the ice.  PHOTO: JOE BARRETT/THE WALL STREET JOURNAL
Editors Note:  While ice fishing conditions on the North Shore have been good, it has been a nightmare in other parts of the state, hurting resorts and disappointing fisherman who have been anxious to get out on the ice.

LAKE WINNIBIGOSHISH, Minn.—Tyler Croaker was cutting a new road for his family’s ice-fishing resort last week, when he felt the front of his snowplow begin to sink under the ice on the frozen lake. He jammed on his brakes and got lodged about 3 ½ miles from shore and 15 feet to 30 feet from the bottom.

“It just broke through,” he said of the 1-ton truck’s V-shaped snowplow. Instead of a deep chunk of ice, a thin layer covered a couple of feet of thick slush, into which the truck’s plow sank. “It’s the problem all over the lake.”

In Northern Minnesota, ice-fishing is big business. Normally, resorts plow fluffy snow off several feet of solid ice, to create vast networks of roads for anglers to use.

This year, early snows blanketed the ice before it was thick enough to drive on, and eventually got so heavy that the ice cracked, just about killing the season. The bad conditions forced resorts to cancel reservations, ask for low-interest state loans and call on every bit of ingenuity at their disposal to salvage what they could.

Since anglers’ trucks couldn’t go on the ice, some resorts used small SUVs with tracks instead of wheels to ferry guests to fishing spots, dubbing the service “Uber on the Ice.” Others used suburban-style snowblowers to clear paths that allowed anglers to walk across a thin frozen layer on top of about two feet of slush. 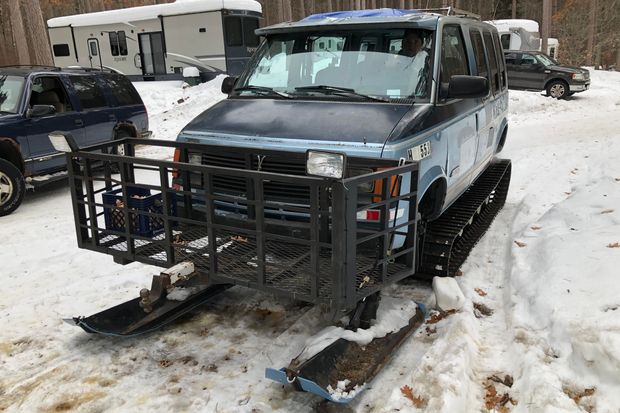 High Banks Resort used tracked vehicles to ferry people to ice houses in January, since the ice was too thin for anglers to drive regular pickups onto the lake.  PHOTO: JOE BARRETT/THE WALL STREET JOURNAL

Some simply battled on, plowing a truck-length or two on the crust, until their vehicle broke through. They would then pull the vehicle out, wait a day or two for the cleared area to freeze over, and then drive over that frozen spot until they got stuck again.

“I’ve never seen anything like this,” said Tyler’s dad, Roger Croaker, 49, who has worked at Nodak Lodge in Bena, Minn., for 31 years and owned it since 2005. His business is down 75% for the season, which ends in mid-March—a time that makes up about 40% of his yearly revenue.

When Tyler, 31, got stuck, he calmly called his dad, who drove to the rescue over bumpy ice roads in his half-ton pickup. After six or seven attempts, Roger finally pulled the bigger vehicle free of the slushy hole.

Around Thanksgiving, most resorts were celebrating an early freeze, with about a foot of solid ice. Then a series of storms began dumping snow that blanketed the ice in a five-county region from Park Rapids to Kabetogoma, cutting off further freezing of that bottom layer for the rest of the season. 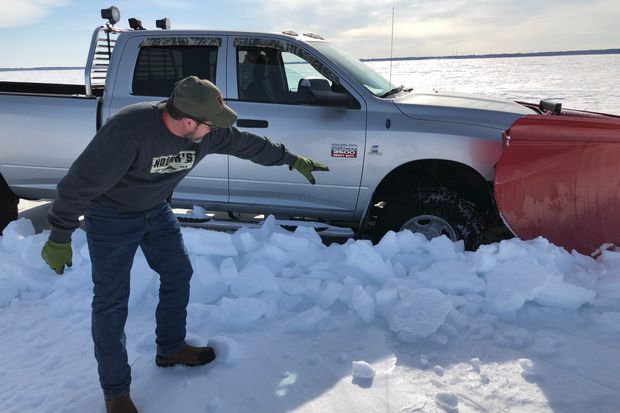 Roger Croaker explains how the weight of the snow plow and its low-clearance supports made it hard to pull the truck out of a hole in the ice.

The worst blow came just after Christmas, when about 15 inches of heavy, wet snow was too much for the ice at the bottom of the pile. It cracked under the weight, allowing water to seep up and create a slushy mess—a rare occurrence so late in the season, when the ice is usually thick and strong.

Most resorts were booked solid, in January, the real heart of the season, when anglers would come to catch fish such as Northern Pike and Walleye. Resort owners canceled reservations and posted on social media to turn away day visitors who pay an entrance fee to drive their vehicles onto the frozen roads—which would normally extend 20 miles to 30 miles across the lakes for many resorts.

“People want to fish so bad. We were getting 180 and 200 phone calls a day. Can we get out? This is what people live for in Minnesota. How else do you make it through a Minnesota winter?” said Kim Leonhardt, 47, who owns High Banks Resort, with her husband, Rick, 49.

The top layer of slush began to freeze but was nowhere near strong enough to support a snowplow. So High Banks used an armada of tracked SUVs and even a re-purposed van, to ferry fishing fans onto the lake. 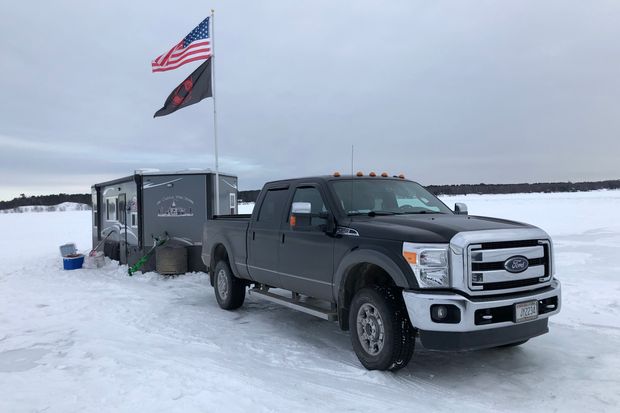 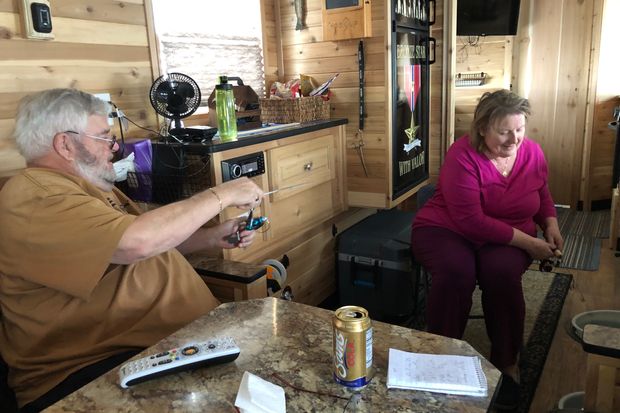 By mid-February, Gail and Chuck McCarty of Solon Springs, Wis., were finally able to pull their fish house on wheels onto to the lake (top) and fish from inside. PHOTO: JOE BARRETT/THE WALL STREET JOURNAL (2)

Still, with limited access during the best ice fishing of the season, business at High Banks is off 40%. The resort counts on ice-fishing for about half of its yearly revenue.

Chad Mertz, at the Pines Resort & Campground, had positioned six fishing houses about 2 miles offshore before the post-Christmas storm. He was determined to build a road to them before they sank into the slush.

With snow still falling on the thin layer of ice on top of the slush, his plan was to clear what he could to expose the slush to the cold air and allow it to freeze. It was a grind. At one point, he got four of his trucks trapped between cracks on the ice. 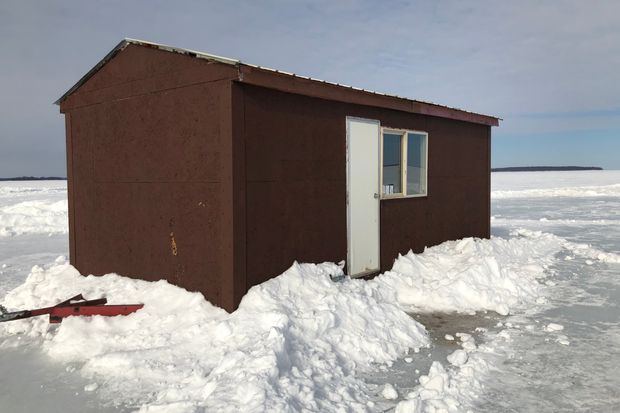 The whole crew had to walk home. “It was cold,” he said.

It was days before the cracks refroze and he was able to retrieve the vehicles.

On nearby Leech Lake, Adventure North Resort had better luck. The resort set up ice-fishing houses just a quarter of a mile offshore. Instead of using heavier equipment, they got out a small snowblower, and kept a path cleared for people to walk out to them.

They ended up having one of their best Januarys, said Shay Fortier, who owns the resort with her husband, Steve Krogen. She said when they took over the resort 19 years ago, a small snowblower was all the equipment they could afford. “We were returning to our roots,” she said.

To see more of the original article and related reporting, follow this link to the Wall Street Journal website.  https://www.wsj.com/articles/ice-fishing-resorts-are-on-thin-ice-how-else-do-you-make-it-through-a-m...