In mid-February, Rick Leonhardt can still crack through pools of slush along his ice road on Lake Winnibigoshish.  Photo: John Enger | MPR News

It’s been a brutal ice fishing season across much of northern Minnesota. The snow came too early and too heavy. Ice is still thin on lakes from Bemidji, Minn., to Duluth, buried under layers of slush and snow.

The conditions made it almost impossible to use ice fishing houses, and nearly shut down the area’s winter fishing season. 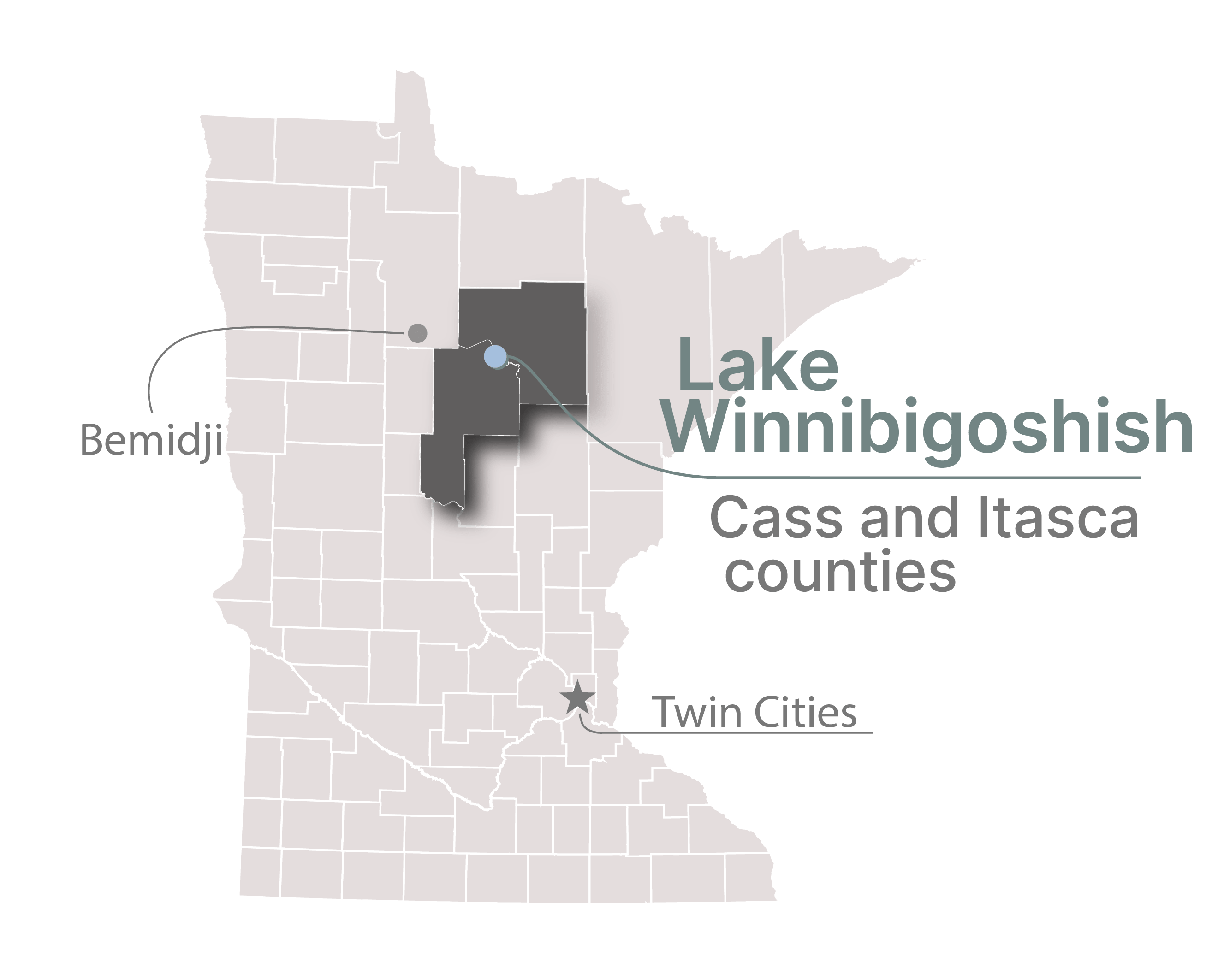 Lake Winnibigoshish — one of Minnesota’s premier walleye fisheries — seemed to get the worst of it.

The lake is usually covered in ice fishing houses this time of year, but on a recent morning Rick Leonhardt squinted out his truck window at a nearly empty expanse of blowing snow.

“Welcome,” he said, “to our frozen wasteland.”

Leonhardt and his wife Kim own High Banks Resort on the south shore of Winnibigoshish. Most years, he plows at least 20 miles of ice road and charges hundreds of anglers an access fee to park their ice houses. For 10 weeks, he’s the caretaker of what’s typically a small ice house city.

This year, however, there are just a few dozen ice houses. His road is only 3 miles long, and every inch of it was hard won.

The ice is one-third its normal thickness. Rick had to use a lighter weight plow, which broke down in all the slush and snow. He snapped the front axle six different times.

By the time he got the ice road open late last week, there were only two weekends left of walleye season. He said a lot of anglers had already given up on Winnie — taken their houses to better ice on Lake of the Woods or Devil’s Lake in North Dakota.

“Some people in the cities might look at this and think, ‘Man, it’s just beautiful up here. All this open snow without people,’” he said. “I look at it and I see hell frozen over. I see the money we’re all losing.” 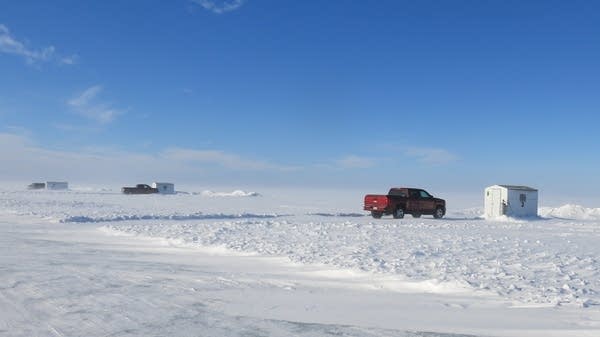 Lake Winnibigoshish is usually covered in ice fishing houses this time of year. This season, there are just a handful.  Photo: John Enger | MPR News

The Leonhardts call this season a natural disaster, and they say the state should help the tourism industry get through it. Kim gathered a group of 40 business owners late last month to beg lawmakers for disaster relief funding.

Resort owners aren’t the only ones hurting, she said.

The local port-a-potty supplier is down 30 percent this winter — because so many ice fishing festivals have been canceled. The bait shops aren’t making sales. Even a local tire repair shop has seen a dip in business because ice house wheels don’t get punctures if they never leave the yard.

They all need help, she said, just to have enough money to open their doors in the spring.

“If this was a flood, people assume the government would help,” she said. “This was as bad as a flood for us.”

Persell said he’ll finish drafting the bill some time this week. He’s hoping to set aside a few million dollars to help roughly 100 businesses across the five Minnesota counties where ice conditions were the worst — from Beltrami County to St. Louis County.

It’s not a budget year, so he said it will take strong support to pass the bill, and he might have to change some minds. The government often helps farmers during floods or drought, but funding resorts during a bad year might appear frivolous to some. Persell doesn’t think it is.

“Last time I checked tourism was a $14 billion industry in Minnesota,” he said. “We have to protect it.”

He pointed out that this has happened before. Resorts on Mille Lacs Lake received state low interest loans a few years ago to carry them through a bad season. He’s basing his legislation on that program.

Businesses owners will have to prove they lost at least 10 percent of their income in order to qualify, which will not be difficult in the five-county area.

In a normal year, the Leonhardts make as much money in the 10-week walleye ice fishing season as they do in five months of summer business. Kim estimates they’ve lost $150,000 so far this winter.

Bill Charlton runs Geiger's Trails End Resort on Bowstring Lake, a few miles east of Lake Winnibigoshish. He wasn’t able to plow his ice road at all. The winter season was a total loss, which puts him $75,000 in the hole. He said he needs a government loan just to open this summer.

On nearby Leech Lake, bait shop owner Jack Shriver said he needs $10,000 he doesn’t have, just to stock minnows in the spring.

Even if the funding comes through, it might not be as helpful as originally hoped.

Unless the governor declares an official emergency, the money won’t come through until well into the summer season, Persell said, months after it’s most needed.

To read the original article and hear an audio report of this story and see related stories, follow this ink to the MPR News website.  https://www.mprnews.org/story/2020/02/18/after-hellish-ice-fishing-season-minnesota-resorts-say-they...