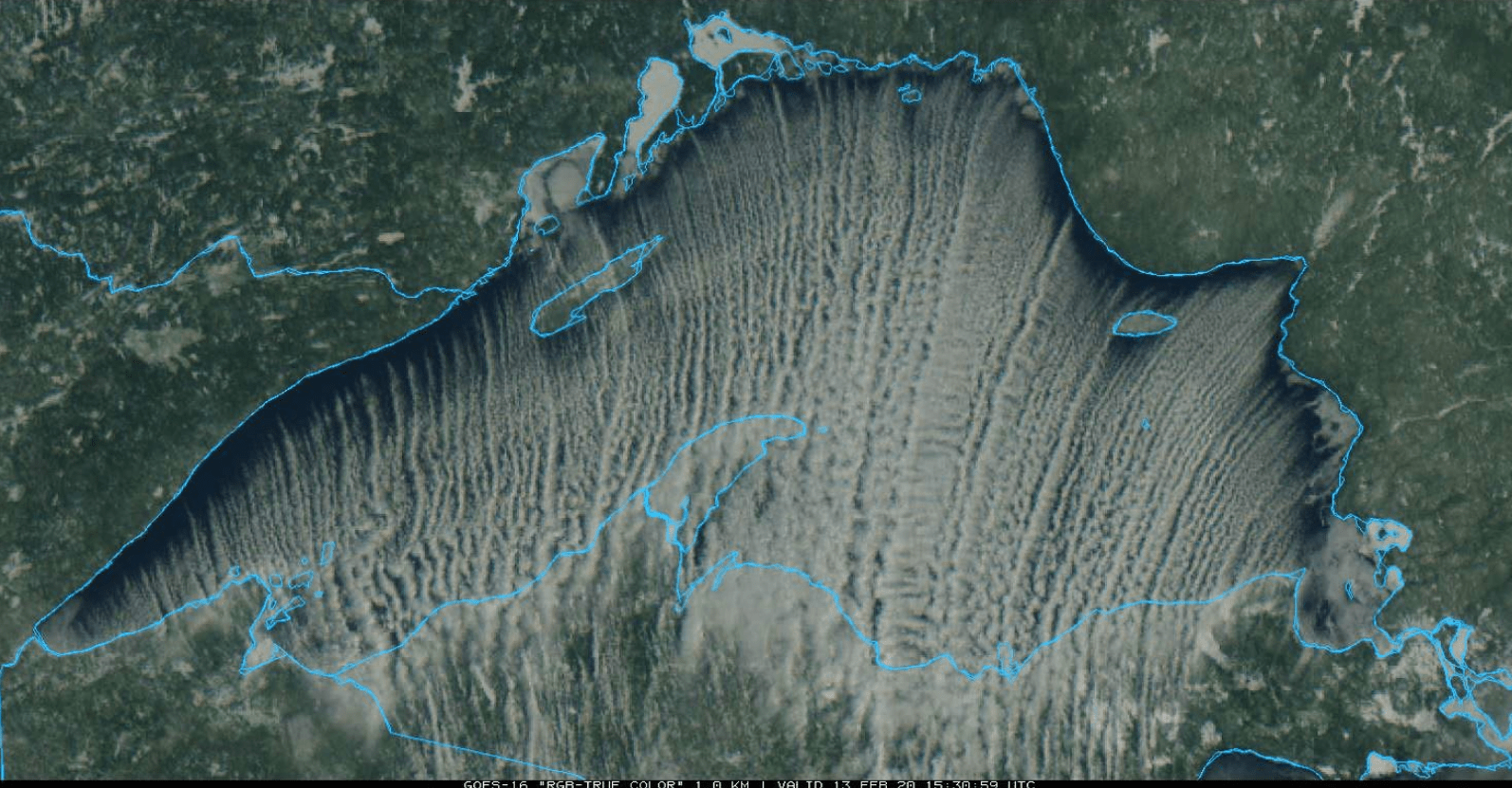 The low-level air trajectory is pushing the Lake Superior even further downwind onto Lake Michigan today. Notice how the “cloud streets” continue and regenerate over the waters of Lake Michigan and push all the way into lower Michigan and Indiana. That’s a distance of 450 miles.

As the colder air blows over the relatively milder waters, heat, and moisture are exchanged and lake-effect snow squalls form and dump out on the downwind side of lakes.

Lake Superior is just 8.7-percent ice-covered today. Lake temperatures are around 34 degrees across the big lake.

Generally, you need a temperature contrast of about 30 degrees between the lake and the overrunning air mass to generate lake-effect snow plumes.

To read the  original article and see related weather reporting, follow this link to the MPR website.  https://www.mprnews.org/story/2020/02/13/lake-superior-lakeeffect-snow-plumes-visible-from-space