The Kawishiwi River flows near Ely, Minn. in June. Twin Metals is proposing to build an underground copper-nickel mine near Ely and close to the Boundary Waters Canoe Area Wilderness. Much of the mining would take place on the left side of this image in the forested land.  Photo:  Derek Montgomery for MPR News 2019

Northeast Minnesota is canoe country. It's the gateway to the Boundary Waters Canoe Area Wilderness, where motors are limited and the land is federally protected.

Now, two companies — Twin Metals Minnesota and PolyMet — are hoping to establish what would become a new mining industry for the region, tapping into vast deposits of copper, nickel and precious metals underneath the forests and lakes of the northern reaches of the state.

The companies’ proposals have kicked off a fierce debate over whether the mining economy and the outdoors economy — two identities of the region — can coexist.

The effects of copper-nickel mining on the surrounding environment are untested in Minnesota. In the western U.S. this kind of mining has resulted in severe water pollution. But the companies insist that they plan to build modern mines that must go through a rigorous regulatory process before they can move forward.

But for people who live near the proposed mines, perspectives are often far more nuanced.

The mayor: ‘We don’t want to move’

The town of Babbitt, about a half-hour from the edge of the Boundary Waters, is a mining town, built by a taconite mining company in the middle of the last century.

Hundreds of people still work at the mine. And Mayor Andrea Zupancich is hopeful that copper-nickel mining will bring hundreds more jobs to Babbitt. The town is located just north of the proposed PolyMet mine and just southwest of Twin Metals’ proposed operation on Birch Lake. 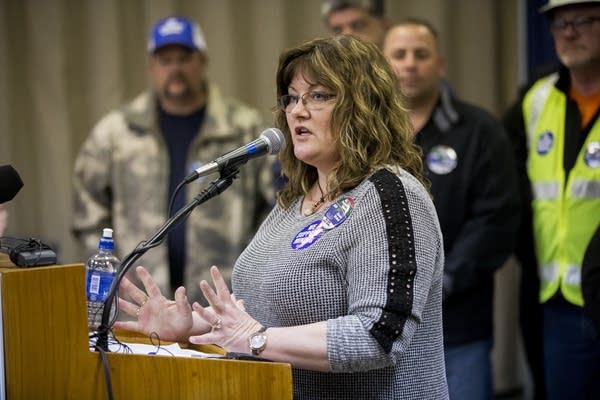 Zupancich is not from a mining family. She said she just wants good jobs, with benefits, nearby — so young people can stay and make a living.

"They want to stay up here, they don't like the hustle and bustle of the city,” she said. “And I guess a frustrating thing for me is when I hear the anti-miners say, ‘Well, if you don't like it, move.’ We do like it. We don't want to move, you know."

The lodge owner: ‘I am … pro-Birch Lake’

"You don't see a lot of other development out there,” he said, looking out across the lake. “That's because Birch Lake is truly a gem."

About 20 miles away, on the lake's far side, Twin Metals wants to build its underground mine.

"We've tried to take a fairly even-handed look at it because we can appreciate the impact on a community like this,” he said, “the need for jobs."

Rykken has been a part of the community for four decades. He volunteers for the local fire department, with friends who work in mining.

“I’m not anti-mining, I’m not anti-economic development,” he said: "I am, however, very pro-tourism, pro-Birch Lake, pro-clean water. And so, do I have concerns? Yeah, I do."Rykken said he doesn't see any benefit to his business from copper-nickel mining.

The outfitter: ‘They ought to be given a fair chance’

Canoe outfitters and others in the tourism industry in nearby Ely have been some of the most vocal critics of copper-nickel mining. But not all of them.

Dan Waters opened up Canadian Waters Canoe Outfitting in Ely back in 1964, when there were still two underground iron ore mines in town.

"Am I in favor of copper-nickel mining if it's going to pollute the area? No, absolutely not,” he said. “Do I think they ought to be given a fair chance to prove their point that they can or can't do it? Yes, I do." 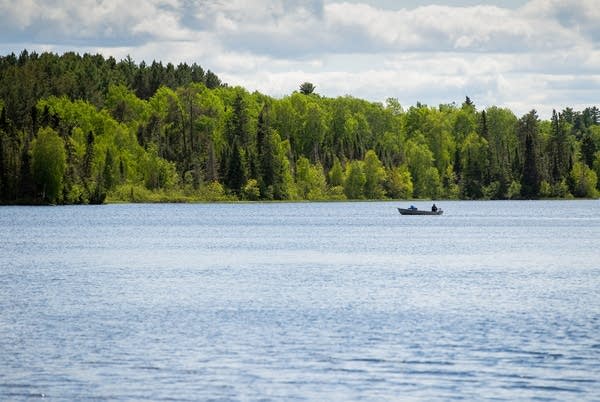 Two fishermen drift near the shoreline of the Kawishiwi River in June. Twin Metals is proposing to build an underground copper-nickel mine close to the Boundary Waters Canoe Area Wilderness.   Photo: Derek Montgomery for MPR News 2019

Twin Metals submitted its mining plans at the end of December. And Waters wants to see the plan evaluated by state and federal regulators. If it doesn't pass muster, he says, it shouldn't go forward.

"I would have to really be somebody pretty stupid to be in favor of something that I knew was going to destroy the Boundary Waters," he said.

The manufacturer: ‘The issue is delicate’

Many of those workers, Schurke said, are from longtime mining families.

"The work ethic in this town is pretty amazing,” she said. “And these are good people. So, you know, the issue is delicate, because I do have a lot of respect for the people in this community whose families are miners.”

But Schurke makes the distinction between iron mining and copper-nickel mining. She fears a copper-nickel mine, as Twin Metals is proposing, in the watershed of the Boundary Waters would be devastating.

"It goes deep for me, how I feel about this place,” she said. “And it's the people. The people on both sides, they're good people. And I believe that we have more in common, what we love about this place, than what we don't agree on."

It’s about respect, she said: She doesn't get angry at others for their beliefs. All she can do, she said, is hold on to hers.

To read the original article, hear an audio report of this story and see related reporting, follow this link to the MPR News website.  https://www.mprnews.org/story/2020/02/13/in-northern-minn-neighbors-navigate-the-bitter-fight-over-c...