Travel remained hazardous across southern Minnesota late Sunday morning, as a fresh coating of snow led to a flurry of crashes and spinouts.

The Minnesota Department of Transportation reported that freeways in the Twin Cities and highways across the rest of southern Minnesota remained snow-covered as of 11 a.m. Find updated Minnesota road conditions here.

Authorities advised no travel on several highways in southwestern Minnesota, west of Marshall and north of Pipestone — though the advisory area had been reduced significantly from earlier in the morning. 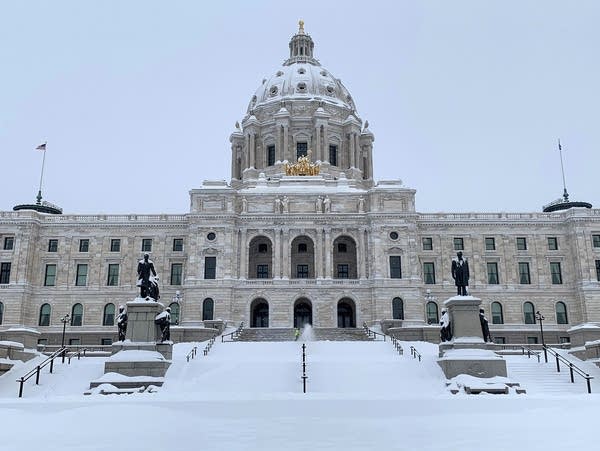 The Minnesota Capitol is blanketed with a fresh coating of snow on Sunday in St. Paul.  Photo: Andrew Krueger | MPR News

Some communities have seen a foot or more of snow. The National Weather Service received reports of 12.5 inches of snow at Lake Crystal and St. James, with a foot at Lynd, Minn., and 10.8 inches in North Mankato.

The southern Twin Cities metro area saw about a half-foot of snow, with 2 to 4 inches in the northern suburbs. 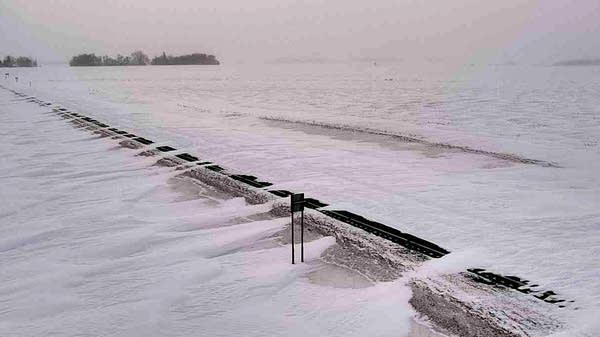 Winter storm warnings and advisories expire at noon for the Twin Cities, and continue into Sunday afternoon for parts of southeast Minnesota and western Wisconsin.

Northern Minnesota is expected to see only trace amounts of snow from this system. 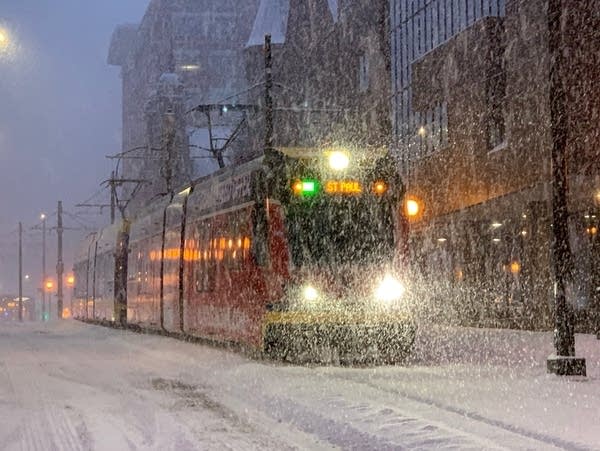 It's much different to the north, where the Duluth airport has seen 77 inches of snow so far this winter — more than 20 inches above normal.

To read the original story and see more storm related reporting, follow this link to the MPR News website.  https://www.mprnews.org/story/2020/02/08/winter-storm-warnings-advisories-in-effect-for-southern-min...