The coldest air since mid-January is on its way Snowshoeing is one of the healthiest forms of winter physical activity.
MPR Photo/Jennifer Simonson

As cooler air continues to funnel across the state, parts of Minnesota could start Tuesday off below zero, but the cold will be accompanied by more sunshine.

After a strong cold front moved through Minnesota Sunday, temperatures were already noticeably cooler Monday. Now, another weak front has been moving across the state ahead of high pressure that will dominate our mid-week weather. This will continue the draw of colder air into the state, and by Tuesday morning, much of northern Minnesota will be below zero. 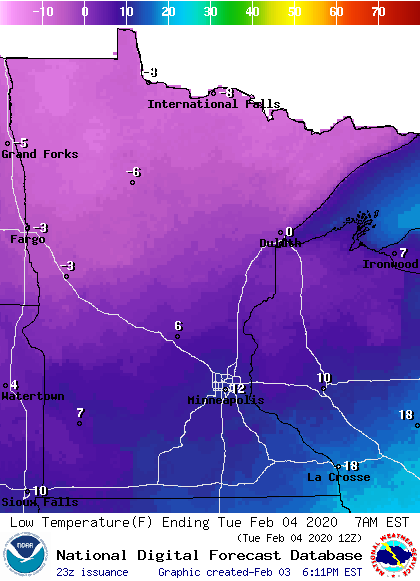 Highs Tuesday will only be in the single digits and teens for most of the state. For Southern Minnesota, the colder morning comes Wednesday. 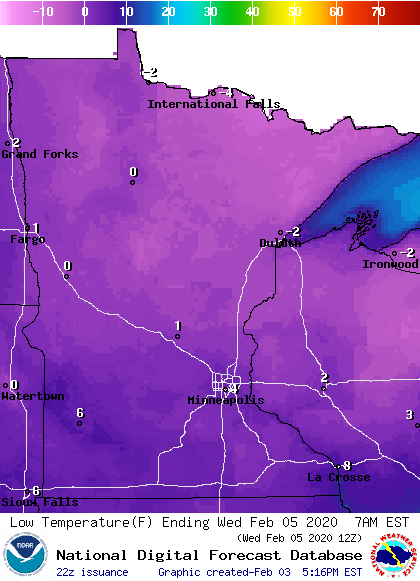 Between Tuesday and Wednesday, most of the Minnesota will see some of its coldest weather since mid-January. The cold isn’t that unusual for early February, but with our recent mild trend we have not seen significant cold in the past couple weeks.

All of the state should return to the 20s for highs by Wednesday afternoon, after which the temperatures through the end of the week remain seasonable for this time of year.

The trade-off for our cooler weather this week is much more sunshine than we saw last week. More sunshine spreads across the state Tuesday, and on Wednesday the entire state is likely to be mostly sunny. 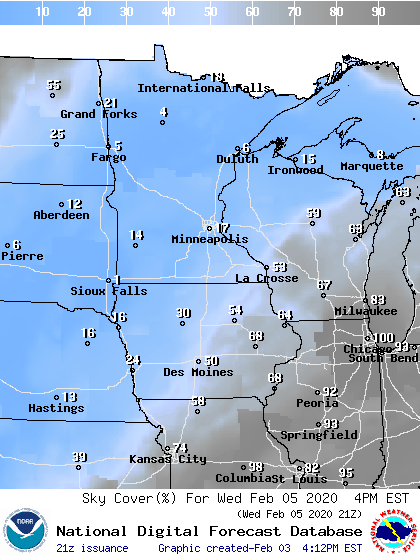 A weak area of lower pressure moves in Thursday, increasing clouds again and bringing a very slight chance for light snow or flurries Thursday into Friday. 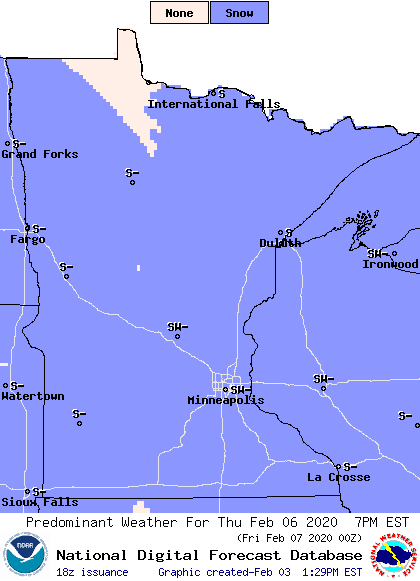 Any snow will probably be little more than a dusting for most of the state. 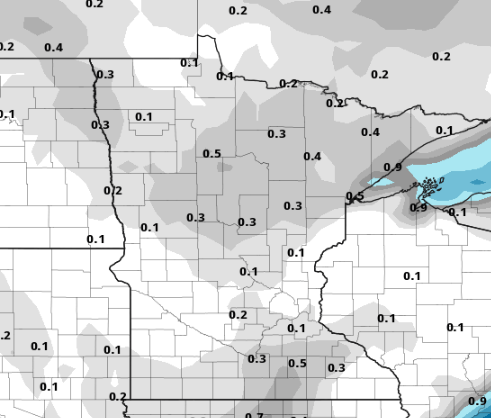 There is a chance for a bit more snow Sunday with what looks like a quick-moving system passing over Minnesota. 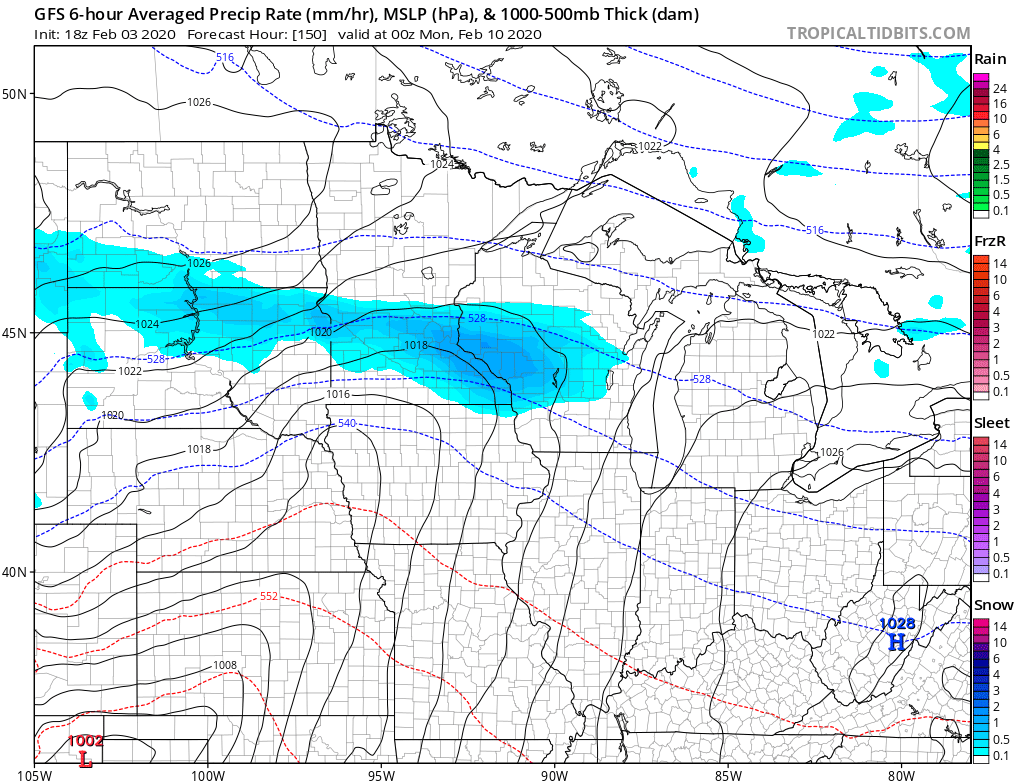 There is still a lot of uncertainty with that system. We’ll keep you updated on potential snow totals as we approach the weekend.