Canadian Lighthouses of Lake Superior is using its third annual speaker series to promote a concept it's calling the Lighthouse Trail.

The free series, which runs from Jan. 28 to Apr. 20 at the Mary J.L. Black and Waverly branches of the Thunder Bay Public Library will take audiences on a tour of the different components of nautical life around Thunder Bay, starting with the Alexander Henry museum ship and stopping at three lighthouses and the Silver Islet Hub.

The goal of the series is to drum up interest in the landmarks and to encourage people to visit, said Canadian Lighthouses of Lake Superior managing director Paul Morralee.

"When people come and visit the lighthouse they are awestruck with the fact that they live in such a beautiful area," he said. "The issue is trying to get people out there. And through the lighthouse speaker series, we're hoping to entice people to take a step to really engage with where they live on the biggest freshwater lake in the world."

The organization also hopes to promote its programs at the Porphyry Island lighthouse, Morrallee said, including its artist in residence program and its host keeper program, in which individuals or families live and work at the lighthouse for a week. 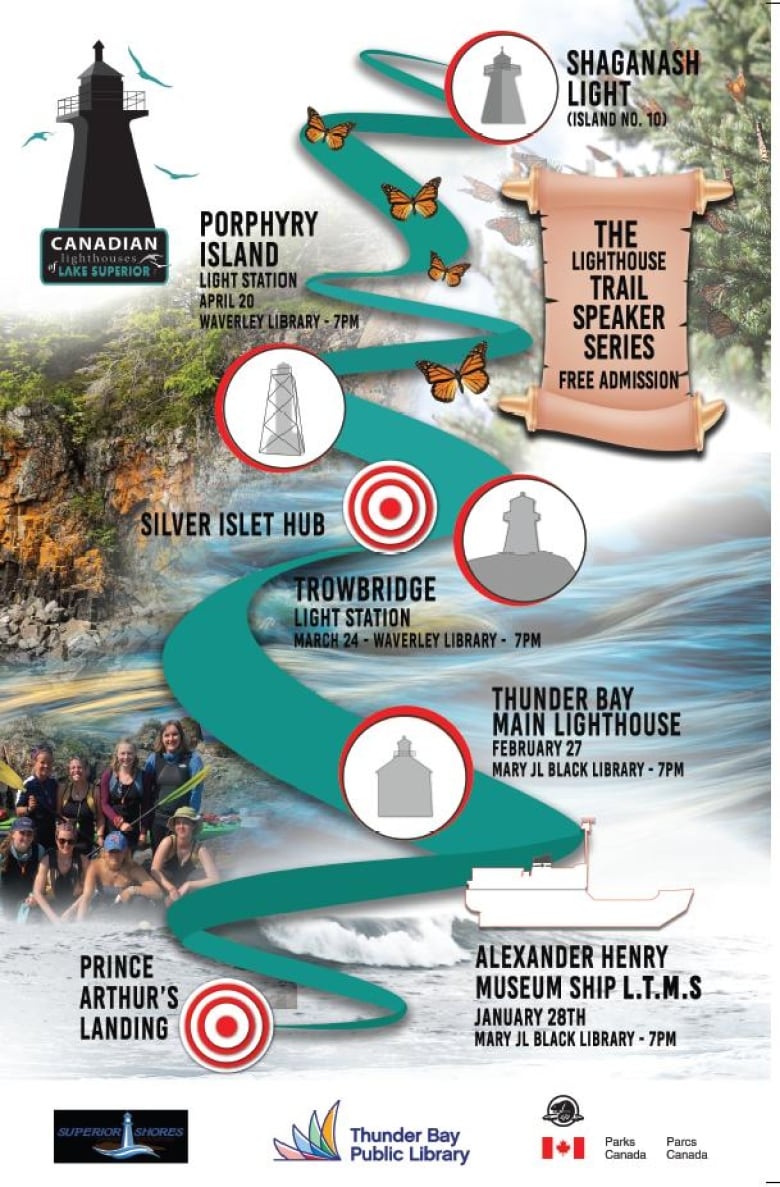 To read the original article and see related reporting, follow this link to the CBC Thunder Bay website.  https://www.cbc.ca/news/canada/thunder-bay/thunder-bay-lighthouse-speaker-series-1.5433891
News