State regulators’ handling of a PolyMet permit is under scrutiny. Here’s why it matters Eric Olson gathers his tools in May as contractor Robert Radotich uses a backhoe as they engineer and design the infiltration pods for the PolyMet copper-nickel mine in Hoyt Lakes, Minn. The Minnesota Court of Appeals ordered a lower court to assess the MPCA's handling of a water permit for the project. That assessment begins Tuesday at an evidentiary hearing in Ramsey County District Court.  Photo: Anthony Souffle | Star Tribune via AP

The proposed PolyMet copper-nickel mine project is again in a courtroom this week.

A major hearing gets underway Tuesday in Ramsey County District Court, in which a judge will determine whether there were significant “procedural irregularities” that led to the Minnesota Pollution Control Agency’s decision to approve a key water quality permit for the mine proposed for northeastern Minnesota.

In a process that has seen several challenges along this way, Tuesday’s is less about the PolyMet mine itself and more about some of the state regulators who approved the project.

Minnesota awarded the PolyMet mining company the permits it needs to begin construction on what would become the state’s first copper-nickel mine about a year ago. But since then, the project has been mired in court battles — over the permits themselves, and how the state issued them.

Several environmental groups and the Fond du Lac Band of Lake Superior Chippewa allege that the Minnesota Pollution Control Agency suppressed comments critical of the permit from scientists at the Environmental Protection Agency, and then attempted to cover up its efforts to keep those comments out of the public record.

The MPCA, in court filings, calls those contentions “mere speculation” unsupported by the evidence, and argues that its staff collaborated closely with their federal counterparts to develop a permit that addressed the EPA scientists’ concerns.

It is just the latest court battle in the war over PolyMet, the company that is planning to open the state’s first copper-nickel mine in the mineral- and water-rich Arrowhead region of northwest Minnesota.

Last week the Minnesota Court of Appeals reversed three key permits issued to the PolyMet Mining company in late 2018 by the Minnesota Department of Natural Resources, and sent the permits back to the state agency for further deliberations. PolyMet has appealed that decision to the state Supreme Court. 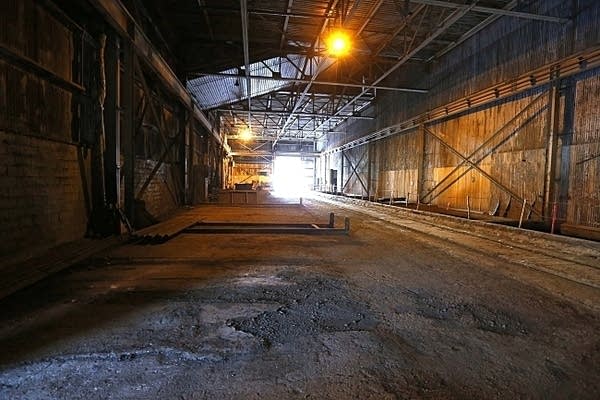 A storage building stands empty in February 2016 at the closed LTV Steel taconite plant near Hoyt Lakes, Minn. The PolyMet mining company is planning to use the abandoned plant for its proposed copper-nickel mine. Photo: Jim Mone | AP 2016

But Tuesday’s evidentiary hearing, which is expected to last five to 10 days and will include cross-examination and testimony from multiple witnesses, isn’t about the merits of the water quality permit issued by the MPCA, which lays out how PolyMet intends to meet state and federal standards designed to safeguard surrounding waterways.

Rather, it will focus on events that led up to the MPCA’s approval of the permit last January, and whether there were “irregularities” that kept important information about the permit out of the public record.

What are the allegations?

The MPCA approved a major water quality permit for PolyMet’s proposed copper-nickel mine in January 2019. It laid out how the company planned to meet state and federal requirements to protect nearby waterways.

But scientists at the regional EPA office in Chicago, which has veto power over the permit, had reservations about the permit. They were concerned that PolyMet might not actually be able to meet state and federal standards in its planned mining operations. And they were also worried that if PolyMet built the mine and wasn’t able to meet those requirements, that the government wouldn’t be able to do anything about it.

But the EPA never submitted its scientists’ concerns to the MPCA in writing.

Instead, the federal agency delivered them over the phone, after the window for submitting public comments had closed.

An email leaked later shows that the MPCA asked the EPA to delay submitting its written comments.

That’s significant, argued the groups challenging the permit — the Minnesota Center for Environmental Advocacy, WaterLegacy, the Center for Biological Diversity, Friends of the Boundary Waters Wilderness and the Fond du Lac Band of Lake Superior Chippewa — because it means those comments from the EPA did not become part of the public record.

“Since only documents in MPCA’s possession can become part of the administrative record on appeal, MPCA’s lobbying effort sabotaged the Court of Appeals’ effective judicial review of MPCA’s issuance of the permit,” the groups wrote in their brief to the court.

The groups argue that EPA’s regular procedure is to provide written comments on draft permits before or during the public comment period. According to their court brief, Kevin Pierard, a senior EPA official, is expected to testify “that in his 36 years of experience, other than for the PolyMet permit, EPA Region 5 had never withheld written comments prepared for a draft NPDES [National Pollutant Discharge Elimination System] permit.”

What has the MPCA said about these claims?

The MPCA argues in its brief to the court that it did not engage in procedural irregularities in PolyMet’s permitting process; that it complied with its statutory and regulatory obligations; and that the contention that the agency developed a plan to keep EPA criticism of the permit out of the public record “is mere speculation unsupported by any evidence.”

Agency officials say they had regular conversations with the EPA throughout the permitting process, met with EPA officials in person and made changes to the permit that EPA staff had requested, based on those conversations.

MPCA spokesperson Darin Broton has previously acknowledged that the agency “should have been clearer and more transparent with communications with EPA.”

But in the end, Broton points out, the EPA — which has veto power over the permit — did not object to the water permit when the MPCA issued it to PolyMet.

“MPCA is prepared to show the court that it addressed EPA's comments throughout the permitting process, and the EPA ultimately concluded that the permit was legally enforceable."

How did this end up in Ramsey County district court?

During the early stages of that case, WaterLegacy and other groups asked the appeals court to send the case down to the lower court, arguing there was evidence of procedural irregularities in the permitting process that merited further fact-finding.

In June, the court agreed, and sent the matter to Ramsey County District Court to hold an evidentiary hearing. The order follows the release of a leaked email sent by a top official at the Minnesota Pollution Control Agency, Shannon Lotthammer, to her counterparts at the U.S. Environmental Protection Agency, asking them not to file written comments on PolyMet's permit during the public comment period.

Several witnesses will testify during the hearing, including EPA officials, PolyMet officials and current and former MPCA officials, including former Commissioner John Linc Stine, who approved the PolyMet water quality permit. The proceedings will also include cross-examination. 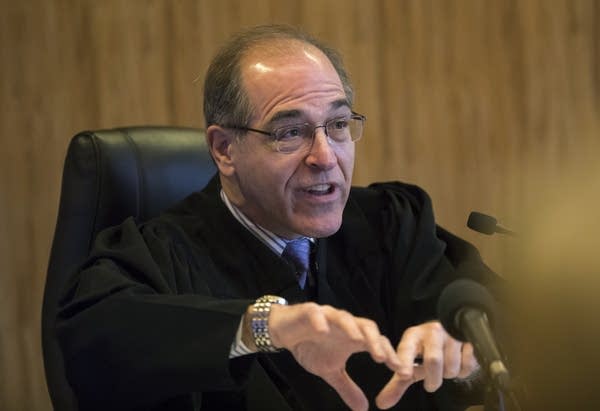 In the end, Chief Judge John Guthmann won't rule on the merits of this water permit. Rather, he will decide what should be included in the administrative record of how this permit was developed. For example: Should the EPA scientists’ objections, which never made it into the record, be included?

The hearing is expected to last five to 10 days. Whatever the judge decides will then go back to the state Court of Appeals, which has put a temporary hold on the permit until all these legal questions play out.

This hearing could have implications that go far beyond the PolyMet project. Its outcome could have an impact on how Minnesota regulators review similarly complex and controversial proposals.

In their brief to the court, the groups challenging the PolyMet mine say this proceeding goes to the heart of our democratic system, which depends on government transparency and accountability.

“This proceeding is about bringing sunlight to what otherwise would be a dark and shameful chapter in the history of MPCA,” they wrote.

The MPCA contends that it’s about upholding an unprecedented regulatory review that spanned nearly 15 years, included robust public comment and followed the law.

What else is happening with PolyMet permits?

A lot. The water quality permit at the center of the Ramsey County District Court hearing is also the subject of two other investigations into alleged irregularities. One of those investigations is being conducted by the Minnesota legislative auditor’s office. The EPA’s inspector general is conducting its own review of whether the agency's staff followed the Clean Water Act in reviewing the PolyMet permit.

The appeals court has suspended the permit while these legal proceedings play out.

In addition, last week the appeals court overturned three key permits issued by the Minnesota DNR — including the project’s permit to mine — and ordered the agency to hold what’s called a “contested case hearing” on those permits. That process could delay the project by possibly a year, or more.

PolyMet has appealed that decision to the Minnesota Supreme Court.

The case is one of several lawsuits making its way through state and federal courts seeking to overturn various approvals PolyMet received to build its mine.

To read the original article and see related reporting, follow this link to the MPR News website. https://www.mprnews.org/story/2020/01/21/state-regulators-handling-of-a-polymet-permit-is-under-scru...