The Nipigon River Bridge has been recognized as one of the top 10 bridge projects of 2019 by a popular trade publication.

The bridge placed number eight in the top 10 of Roads and Bridges Magazine's best-of list.

Brian Budzynski, the magazine's senior managing editor, said the new structure first got their attention as it was the first cable-stayed bridge in Ontario.

He said the bridge is also a significant piece of the Canadian transportation system as it is located on the Trans-Canada Highway, and is a singular traffic link between east and west Canada.

Budzynski said the bridge also had to be built within a small area and to exacting environmental standards.

"Replacing a 40-year-old steel-girder bridge is no small undertaking," he said. "Particularly in that region of the world. They had an enormous number of challenges. Materials challenges. Work schedule challenges."

Budzynski also noted that the footprint of the bridge had to be small because of the brook trout spawning grounds upstream from the bridge. 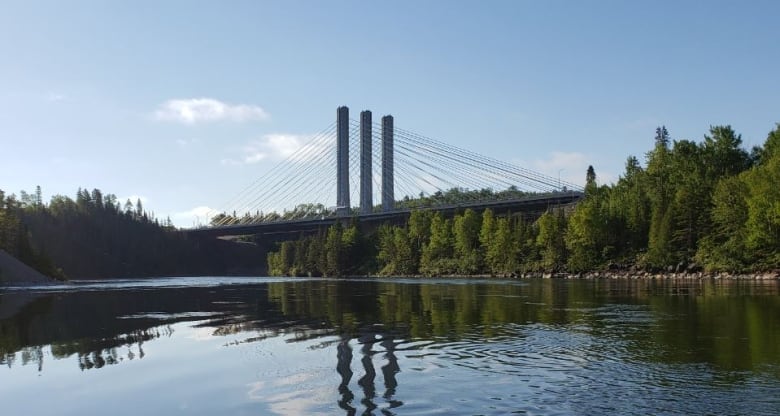 But he said the sheer beauty of the bridge was also one if its selling points.

"The photographs for this bridge were frankly breathtaking, and absolutely wonderful," he said. "The environmental scope of them. It's just a very, very nice ... sort of trademark-looking bridge. So that did help influence the decision, yes."

Budzynski said the top 10 list of bridges is an annual part of the magazine.

He said this years list was culled from a total of 60 bridge entries made across North America.

To read the original article and see related reporting, follow this link to the CBC Thunder Bay website.  https://www.cbc.ca/news/canada/thunder-bay/nipigon-bridge-top-10-1.5429503