Two more snow systems cross Minnesota this week. The next one arrives Wednesday. Like our Sunday and Monday snows, this one will be on the lighter side of the Minnesota winter snowfall spectrum.

But Friday’s system has all the ingredients to produce heavier snowfall across a big chunk of the Upper Midwest. The only remaining forecast question appears to be where the heaviest snow bands will end up.

Wednesday’s system brings another shot of mostly light snow to Minnesota. A few flakes may drift earthward overnight, but the bulk of the light snow shield spreads across Minnesota from west to east Wednesday.

The highest snowfall totals favor a zone either side of a Fargo, N.D.-Brainerd, Minn.-Hinckley, Minn. line Wednesday. Duluth could fall into the 2-to-4-inch snowfall zone. I’m favoring about an inch around the Twin Cities once again Wednesday. That should be enough to grease up roads again during the midday and afternoon hours. 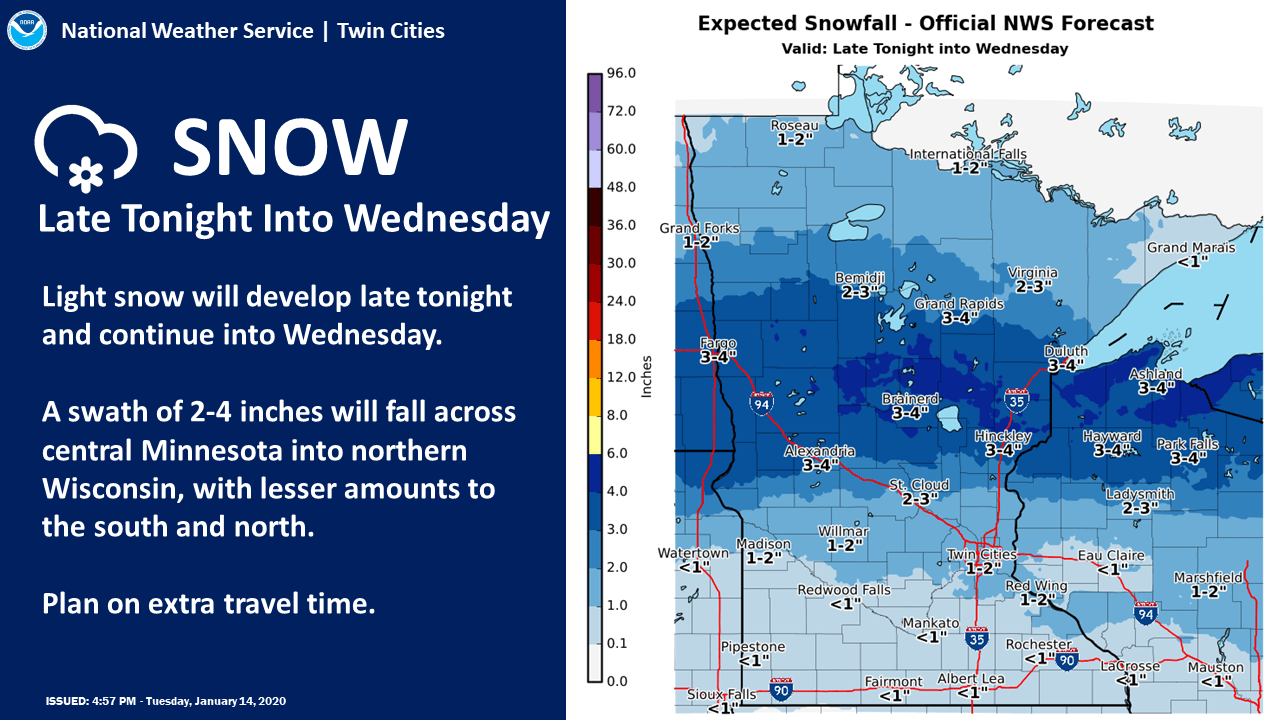 Friday’s system looks significantly more potent for much of Minnesota. Storm tracks still vary on several forecast models, but many favor a Colorado low-pressure system packed with plenty of dynamical energy and moisture.

A cool foot by Saturday night?

I don’t usually show model snowfall output 72 hours in advance of a system. But I wanted to give you a general idea of the widespread and possibly heavy nature of snowfall through Saturday. Keep in mind this is total snowfall between two systems — Wednesday and Friday — and subject to change. 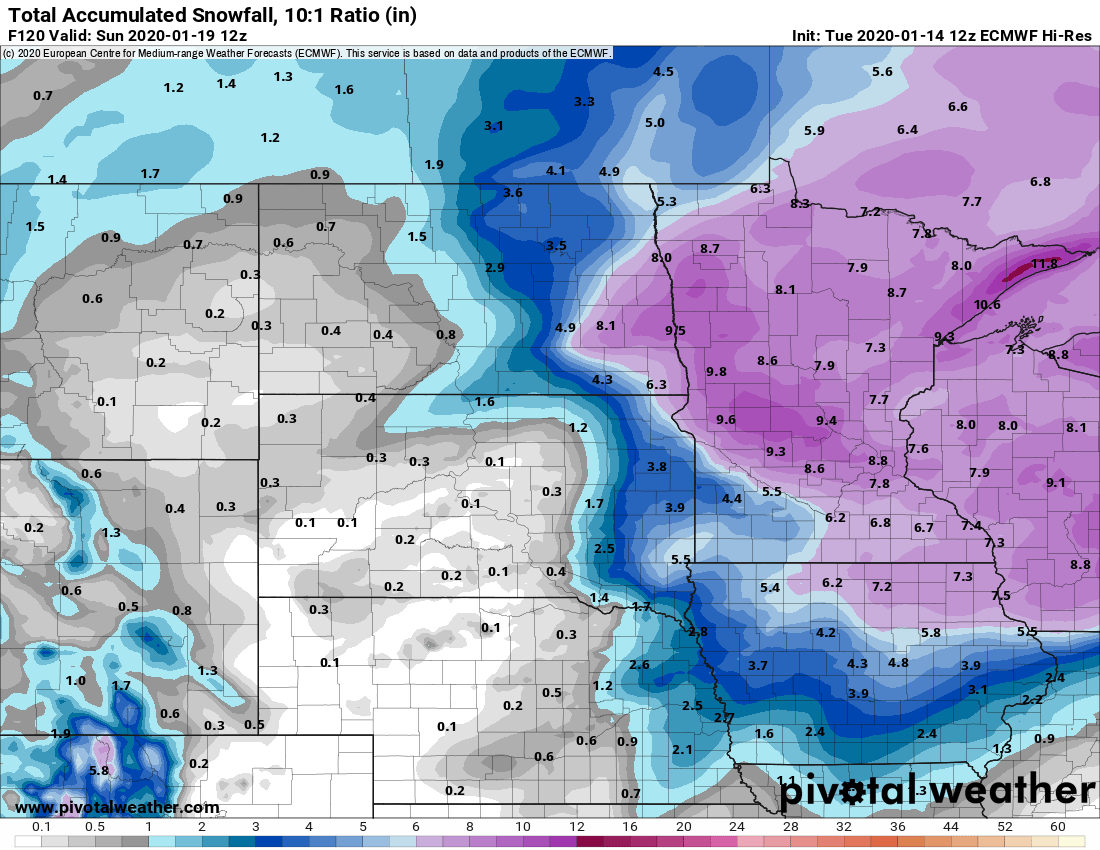 I wouldn’t focus on specific totals here, but the takeaway is that most of Minnesota is likely to see 6 or more inches of snow by Saturday afternoon. Some models crank out double-digit totals.

It still looks like we’ll see subzero cold behind this week’s last two snow systems. But the outbreak doesn’t look as cold as it did last week. 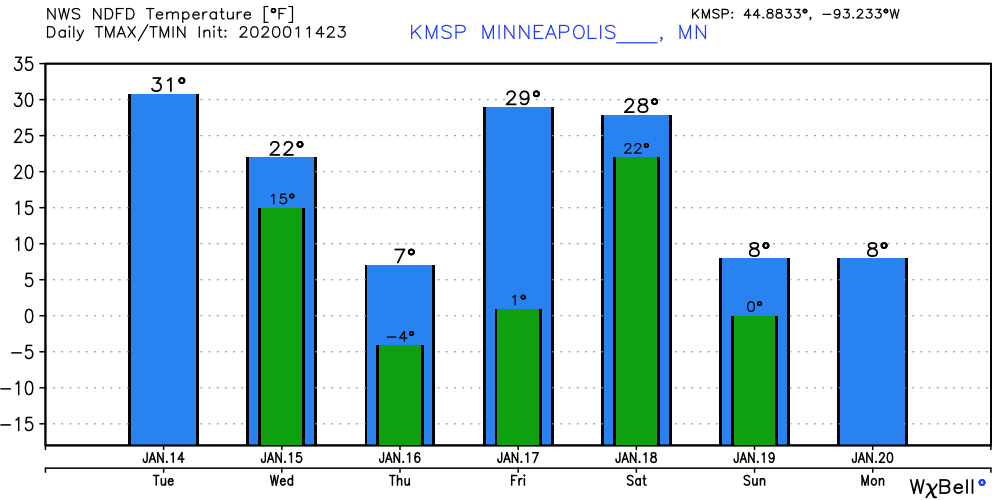 Keep the parka and the shovel handy!