Cook County is open for refugee resettlement — the result of a unanimous vote by county commissioners Tuesday.

The 5-0 affirmation complies with an executive order issued by President Donald Trump in September that requires states and counties to consent or opt out of resettlement consideration.

“I see this as a symbolic thing,” County Board Chair Myron Bursheim said. “My intention is to be welcoming.”

“As far as I can see, this is an executive order to divide people,” Commissioner Robert Deschampe said. “It puts us on the spot. It puts our community on the spot.”

“I see the issue from a practical and principled standpoint,” he said. “I don’t think it’s going to directly affect our finances or operation. Out of principle, this is what our community values.”

Commissioner Heidi Doo-Kirk said denying consent would be closing a door that was already open.

Commissioner Virginia Storlie said: “We would do the best we can with folks who need help.”

Before the vote, commissioners heard a presentation from County Attorney Molly Hickey and 45 minutes of public testimony from about a dozen county residents, mostly in favor of consent.

Meanwhile, last week, Beltrami county became one of a handful of counties in the country to refuse refugee resettlement.  People nationwide took to social media to pledge to demonstrate their dissatisfaction with the vote by pledging to avoid the area and spend their tourism dollars elsewhere.

To read more about the Beltrami County reaction to the negative re-settlement vote, read the follow article from Minnesota Public Radio News.

Reed Olson knew some members of his community would actively oppose his attempt as a Beltrami County commissioner to tell the world the county is a welcoming place for refugees.

But he didn’t anticipate the level of misinformation that would spread ahead of the vote last week rejecting refugee resettlement — an action that has led some to associate Bemidji and the rest of the county with racism and intolerance.

A review by MPR News shows false information about refugee resettlement circulated on social media, in text messages and in flyers mailed to some county residents. Some of it incorrectly claimed Muslim refugees would move to the county and drain public resources, despite the lack of any plans for refugee resettlement in the county.

For Olson, the experience showed how local public officials can suddenly find themselves in the middle of a chaotic battle over information.

“We’re so worried about Russian meddling in our elections and here is a really great example of grassroots mobilization of weaponizing half-truths and lies to get a political result,” Olson said. “It just makes me really concerned about what’s going to happen in my community this fall. And how much more of this is going to be pouring out.” 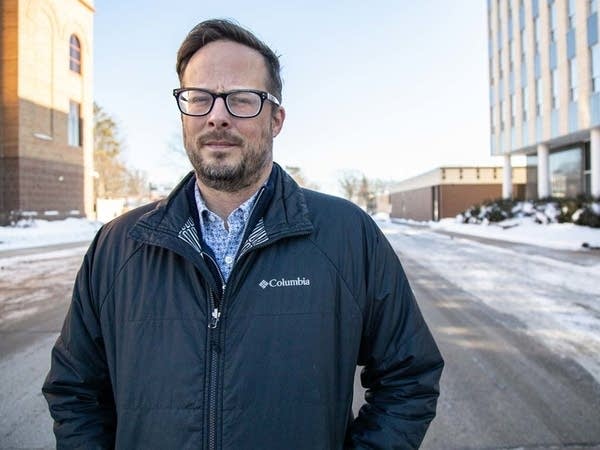 It isn’t clear who started the spread of misinformation about refugees in Beltrami County. One piece included a text message framed as a prayer and call to action.

The message also called on people to come out to the Beltrami County board vote on Jan. 7 to voice opposition to refugee resettlement.

Bemidji resident Esther Covert got the message from her neighbor.

"The minute I got the text, I thought, 'Oh, this is not good, because there was a lot of race baiting and fear mongering,” Covert said in an interview.

Covert’s neighbor, Timothy Pomp, is a non-denominational Christian pastor in the Bemidji area. He told MPR News he didn’t write the message but received it from a relative and sent it on to “seven or eight” people inviting them to the county board meeting.

Pomp is among more than 100 people who packed the board meeting to raise their hands against refugee resettlement.

“It’s real, real simple to me,” he said. “If someone comes in as a refugee from some place, I would welcome them with open arms — if it’s a handful that has gone through the proper hoops.”

Pomp said he didn’t know the author of the text, but acknowledged later that “inaccurate things were probably talked about.” The message was passed around and reached more than just a few.

Like any rumor, it’s difficult to pin down where this one started. It began a few months ago when some residents saw social media posts saying 2,500 Syrian or Somali refugees would resettle in Bemidji and in housing specifically built for them.

No refugees have settled in the county for the past five years, but information about refugee resettlement, in general, also spread. It heightened fears and prompted some residents to act. 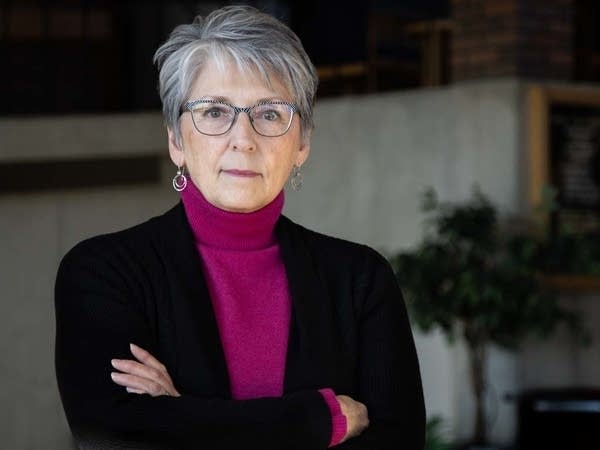 Bemidji Mayor Rita Albrecht stands for a portrait at the City Hall in Bemidji, Minn., on Saturday.
Photo: Monika Lawrence for MPR News

Bemidji Mayor Rita Albrecht said she heard from a couple of confused residents who asked if refugees were coming to Bemidji. One woman told her she heard that city officials were meeting about the matter.

And an unrelated announcement last year by Gov. Tim Walz also entered the mix of misinformation, said Bill Batchelder, a Republican activist and business owner in Bemidji. At a conference on Islamophobia, Walz said Bemidji and two other greater Minnesota cities would get new state human rights offices. Batchelder said some people concluded that the Bemidji office would provide support to new Muslim refugees.

Albrecht said she had asked people for evidence on the information they’d heard. None was provided. She reiterated at this month’s city council meeting that the rumors were false, but she said some people weren’t willing to hear her explanation.

“It's so out there, I can’t believe people would actually believe that stuff,” she said. “I'm just dumbfounded by the inaccuracy of information people will take as the truth.”

In fact, President Trump has slashed the number of refugees allowed to enter the U.S. to a historic low of 18,000 nationwide. In Minnesota, 891 refugees arrived in 2019, the majority from Burma and the Democratic Republic of Congo.

Minnesota has traditionally supported refugee resettlement, and the Twin Cities are home to the largest Somali population in the country. But over the past two years, the number of Somali refugees has dropped as the Trump administration continues to implement tougher immigration policies.

In September, Trump issued an executive order requiring counties and state governors to weigh in on the federal refugee resettlement program.

Ahead of a Jan. 21 deadline, refugee resettlement organizations asked the 25 counties in Minnesota that have received refugees in the past five years to send in their consent for the program. At least 20 Minnesota county boards have declared that refugees can be resettled in their counties.

Beltrami County isn’t among the 25 counties instructed to vote on the issue. Still, Olson, the Beltrami County commissioner, wanted to show he welcomes refugees and decided to bring it up for a county board vote.

“Then when this vote came along, it lended credibility almost to those lies,” he said. “Because they’re saying, ‘See, they’re going to vote on it tomorrow.’ … It made their worst fears seem closer to being true.”

While the vote satisfied many of the residents who showed up that night, it divided the community. House Majority Leader Ryan Winkler, who grew up in Bemidji, criticized the move on Twitter. Tourists have vowed to stop visiting an area of the state that relies heavily on its tourism economy.

The Bemidji area does suffer from a shortage of housing and low wage jobs — concerns residents brought up repeatedly as they voiced opposition to refugee resettlement. The thought of hundreds or thousands of newcomers moving in and possibly receiving special treatment struck a chord.

But there’s more to it than that. Some people have also signaled they don’t like the idea of Muslim refugees moving in.

Pastor Gus Booth of Warroad Community Church, who has been outspoken on political issues in the past, was on a local Christian radio station the day after the vote praising the board for opting out of refugee resettlement.

“Praise the Lord you’re not going to import some naughtiness into your community at least for now,” he said.

To read the original KBJR-TV story and read related reporting, follow this link to the KBJR-TV website. https://www.duluthnewstribune.com

To read the MPR News story on Beltrami County and related reporting, follow this link to the MPR News website.  https://www.mprnews.org/story/2020/01/14/rumors-misinformation-lurked-as-minnesota-county-rejected-r...