Julia Cross, of Thunder Bay, will be competing in the junior Iditarod, in Alakska, in February.  Photo: Julia Cross
From CBC News · Thunder Bay - January 9, 2020
A 17-year-old musher from Thunder Bay is about to take on her biggest challenge yet, the junior division of the Iditarod in Alaska.

Julia Cross says she has been racing dog sleds since she was five, and has won competitive events such as the Junior Beargrease in Minnesota.

But Cross said the Junior Iditarod will be whole different level of competition for her, and her dog team.

Cross said the Junior Iditarod is one of the longest junior dog sled races in the world. She said her previous longest race was the Junior Beargrease, which is 120 miles long over two days. 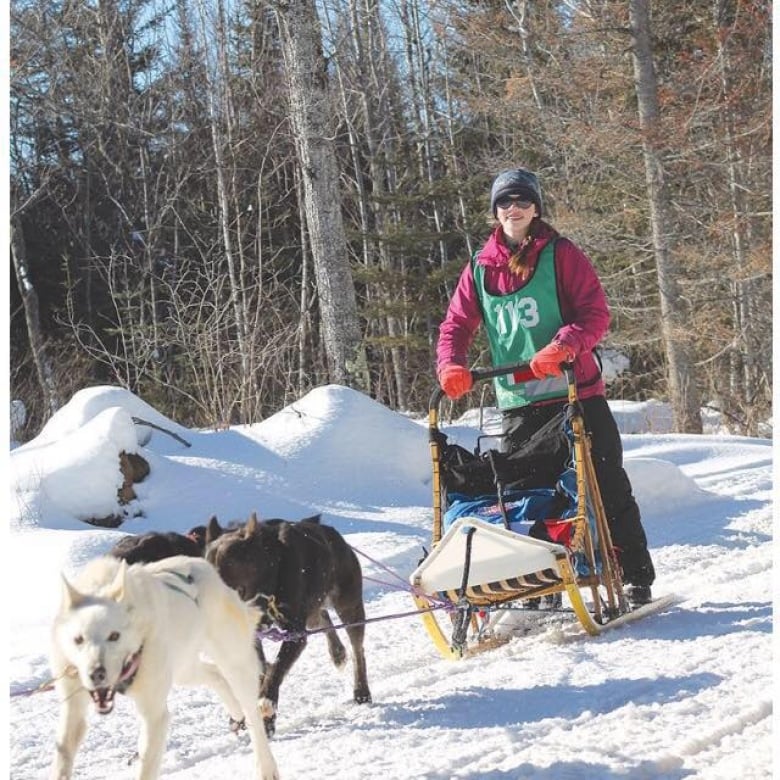 Cross said her dog team will have 1000 miles of training leading up to the event. Photo: Julia Cross

Cross said a key element to competitive races like the Beargrease or Iditarod is having a well-conditioned dog team.

"We do a lot of training," said Cross. "We start our training with the dogs in the fall, in early September, and we train them on ATVs primarily until there is enough snow to go on our sleds. Typically before a race they have at least one thousand miles on them."

She said she will only be the fourth Canadian to compete in the Junior Iditarod in the event's 43 year history. Cross said no Canadian has ever won the event.

The 2020 Junior Iditarod will begin at Knik Lake, Alaska on Saturday, February 29.

To hear an audio report of this story and read related reporting, follow this link to the CBC Thunder Bay website.  https://www.cbc.ca/news/canada/thunder-bay/julia-cross-junior-iditarod-1.5420696