Nickle Beach, Copper Harbor, Silver Bay. These places, all situated on the shores of the Laurentian Great Lakes, evoke the legacy of mining connected with the region.

While mining operations for metal ores and their refining have all but ceased here, there are renewed concerns over the safety of our Great Lakes source waters. One only has to think back to the 2014 water crisis in Flint, Mich. that exposed more than 100,000 people to elevated lead levels or to more recent headlinesover lead contamination in water distributed from Canadian taps.

The Great Lakes basin is home to more than 35 million people distributed across two nations and numerous First Nations. They all rely on this resource for potable water, employment, sustenance and recreational opportunities.

Yet, environmental concerns are a recurring theme, compromising beneficial uses of the lakes and connecting rivers and posing a threat to a combined GDP of US$5.8 trillion across the region.

Canadians have come to expect access to safe, clean and reliable drinking water, as well as access to lakes and rivers for recreational use. However, a legacy of natural resource extraction and industrial use, together with new pressures on freshwater ecosystems, challenge the integrity and sustainable use of these resources.

An A grade, for now

Clearly, past environmental crises like mercury pollution of Lake St. Clair in the 1970s, the St. Clair River’s blob of perchloroethylene (a dry-cleaning solvent) in 1985, the outbreak of gastroenteritis in Walkerton, Ont. in 2000, the contamination of Michigan’s Huron River with PFAS (a family of persistent chemicals) in 2017, and the Flint water crisis provide compelling evidence of the need to control contaminants at their source and avoid another tipping point. 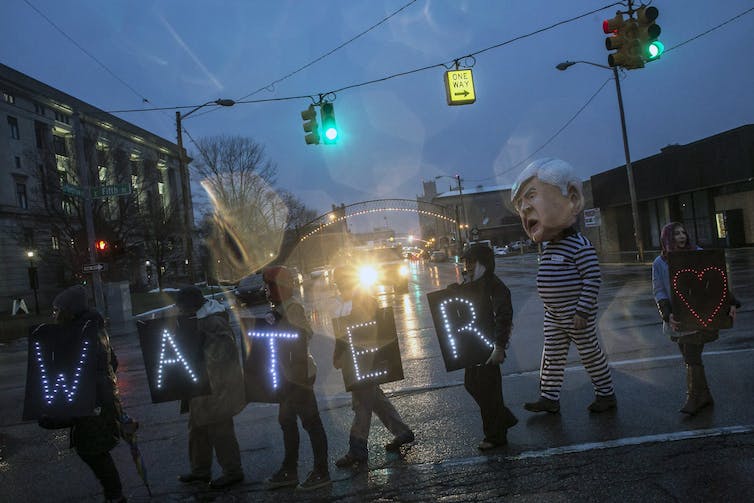 Most people who call Ontario home live within the watershed of one of our four Great Lakes: Superior, Huron, Erie and Ontario. Over 80 per cent of Ontarians receive their drinking water from the lakes.

Considering the high dependency within the province on the Great Lakes, we are fortunate that the protection of these source waters is a priority of Ontario’s Clean Water Act. The province, as recently as 2011, received an A grade in Canada’s drinking water report card issued by the environmental law non-profit Ecojustice.

Ontario’s Source Water Protection Plan began in 2004 on the heels of the tragedy in Walkerton. A total of 38 local plans are currently in place, covering 95 per cent of Ontario’s population. Each plan identifies and ranks the risk of land-use patterns, such as locations of waste disposal sites, and effluent threats, such as industrial waste and fertilizers, that could lead to microbial, chemical or radiological contamination.

While the province is doing a good job protecting our Great Lakes source waters to ensure the safety of our drinking water, will these programs continue to protect us into the future and can they address vulnerabilities particular to our Great Lakes?

While the remaining industrial activity on the Great Lakes is regulated, the lakes themselves contain reservoirs of legacy contaminants, mostly in their sediments, that are vulnerable to resuspension. Metals, including mercury, PCBs and other persistent organic compounds top the list of concern. Resuspension is becoming more common under climate change with high water levels, declining ice cover and increased frequency and intensity of major storm events. 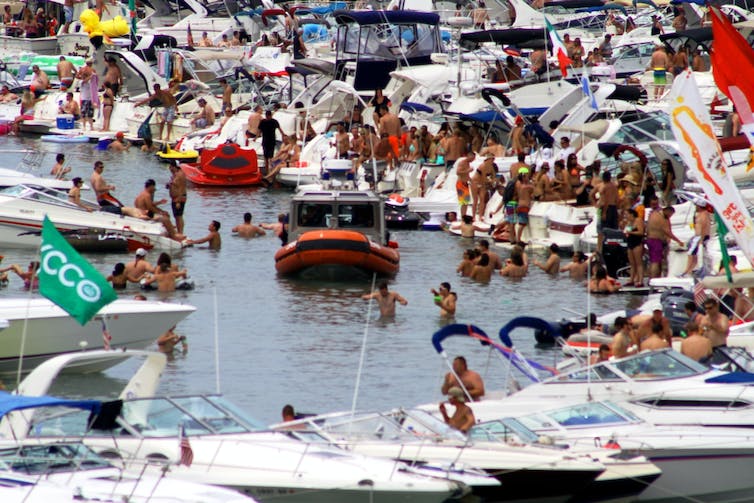 In fact, the manifestations of climate change in the region may be placing our drinking water systems at risk from a myriad of threats. These concerns include antibiotic-resistant bacteria, threats from emerging chemicals, increases in discharge from combined sewer overflows and enhanced agricultural runoff of fertilizers and manure, which are implicated in the massive harmful algal blooms that have plagued Lake Erie’s western basin in recent decades.

Read more: Great Lakes flooding: The warning signs that homes must be moved

While Source Water Protection Plans provide sound tools for managing our watersheds, we must remain vigilant and develop better risk-based tools that consider legacy and emerging chemical threats especially as they relate to changes to high Great Lakes water levels and increasing intensity of storms.

For example, a sediment disturbance triggered by high winds or shipping accidents could be addressed in a manner similar to chemical spills, closing water intakes until the threat has subsided.

Investing in our future

And oversight must go beyond source waters: the renewed concerns in Canada over lead contamination of our drinking water have refocused attention on the need to invest in municipal infrastructure to help ensure a safe and secure water supply.

The adage holds true — an ounce of prevention is worth a pound of cure!

To read the original story and see related reporting, follow this link to The Conversation website.  http://theconversation.com/great-lakes-waters-at-risk-from-buried-contaminants-and-new-threats-12899...
News