In International Falls, the last psychiatrist for 100 miles just retired Dr. Jeff Hardwig sits inside of his International Falls, Minn., home. Hardwig, who recently retired, was the only psychiatrist within 100 miles of the city.  Photo: Evan Frost | MPR News

When Dr. Jeff Hardwig started his job as a psychiatrist in his hometown near the Canadian border, he wasn’t sure there was enough work for him.

Pretty soon, it became clear that there was, in fact, plenty of work in International Falls, Minn., a town of 6,000 people. He split his time between a group family practice and community mental health center and also saw patients in nearby communities.

“Within two or three years, it was clear I was too busy to go out of town anymore,” he said.

After nearly 30 years working as the town’s sole psychiatrist, Hardwig retired in September, leaving no psychiatrists for more than 100 miles around. His departure underscores a difficult reality: A national shortage of psychiatrists is much more acute in rural and remote areas, which leaves many people without access to the kind of services they need. 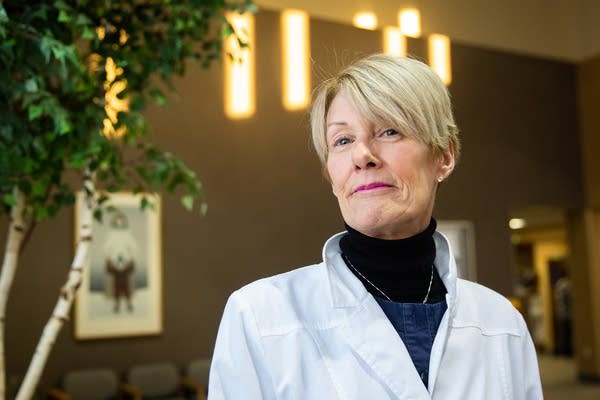 And the demand for Hardwig’s services has never let up.

Wendy Dougherty, the nurse who worked with him at the clinic, said his calendar was always full.

“He never ever ... in the five years I worked with him, ever had an empty slot,” she said. “And one thing about his patients, if they called and canceled, that empty slot was filled by somebody that had been waiting two months to get in.”

But, she said, he was also the kind of doctor who would always find a way to squeeze in somebody in a crisis, even if it meant missing lunch or canceling his own meetings.

‘You take all comers’

The clinic where Hardwig worked is a primary care center on the outskirts of town, part of the Duluth-based Essentia Health system. It’s a low-slung building across the street from a Menards and a Dollar Tree that offers all the basic services, including annual checkups and mammograms.

Hardwig and others agree that the need for a psychiatrist in town was there, but until he arrived, people mostly counted on their primary care doctors to handle it.

His patients’ diagnoses over the years ran the spectrum of diseases, including anxiety, depression, bipolar disorder and schizophrenia.

“I had to take care of people of all ages — all the way through to the nursing home,” he said. “You can’t really specialize if you’re in a small town. You take all comers.” 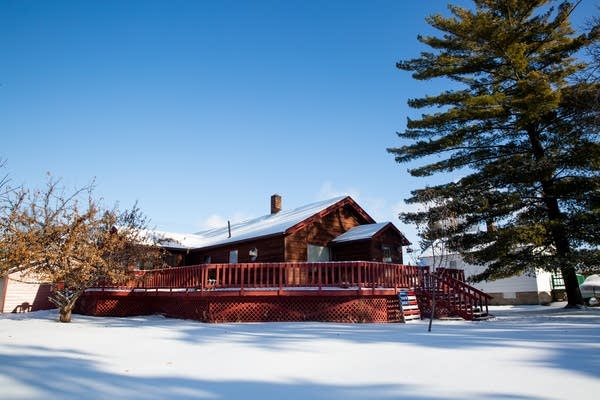 And working in a small town, he also couldn’t avoid running into his patients frequently. It might have been hard for some doctors — psychiatry is a profession that particularly prizes its discretion — but Hardwig says he didn’t mind.

“I just had sort of an agreement with my patients if they say ‘hi’ to me, I’ll say ‘hi’ back, but I won’t otherwise out them. And my wife knew not to ask, ‘How do you know that person?’” he said.

He said his patients were respectful of him, too, and didn’t try to squeeze in consultations in line at the grocery store or when he was out to dinner.

One of his longtime patients was a man named Daniel Carr, whom I met at a clubhouse run by a community mental health center where people with serious mental illness can spend their time. The cozy house has battered couches and an armchair in the living room. A Christmas tree sparkles near the front window. 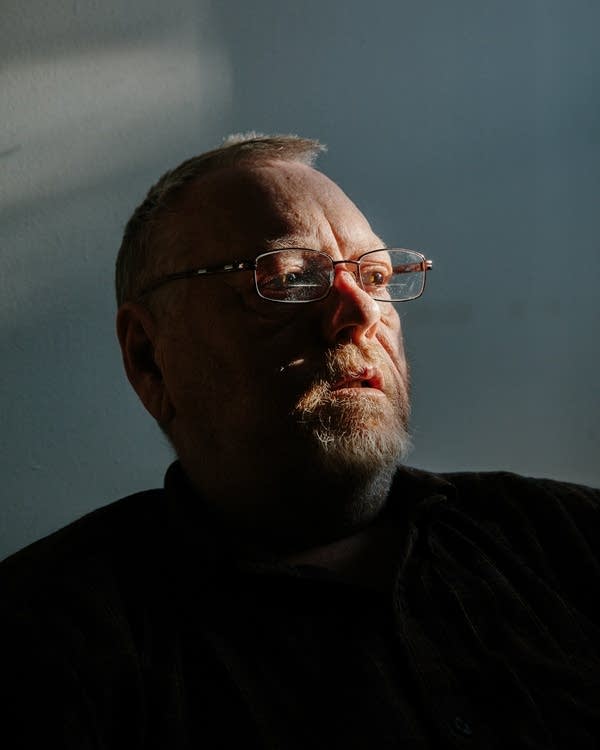 Carr, who has paranoid schizophrenia, was Hardwig’s patient for 25 years. He says he misses Hardwig.

“He knew exactly about how to treat me,” Carr said.

“I had some trouble with my medicine changing a little one way or the other, but he usually knew what was best. I’d tell him what I was experiencing and he knew what to do.”

Hardwig wouldn’t talk about specific patients, including Carr. Carr said his psychiatric care has been transferred back to his primary care doctor, and that it’s been going OK so far.

But Wendy Dougherty, the nurse who worked with Hardwig, said some of the primary care doctors have been less than enthusiastic about taking on the psychiatrist role.

“Jeff took care of the hard ones,” she said. “The schizophrenics, the bipolars … these docs kind of put up their hands and say, ‘Oh, my God, I don’t know what meds to give them.’”

The psychiatric nurse practitioner Hardwig worked with is still at the clinic and handles some of the harder cases, but she’s planning to retire soon, too.

A shortage in nearly every county

International Falls is hardly alone in not having a psychiatrist — particularly in remote areas.

More than 90 percent of psychiatrists only work in urban areas, even though more than 20 percent of Americans live in rural areas. In Minnesota, nearly every county — aside from the Twin Cities metro and Rochester area — is considered to have a shortage of mental-health professionals as determined by federal guidelines.

Hardwig said the hardest part of working in such a remote area was that he didn’t have a continuum of care to work with.

“There just isn’t that inpatient bed when you need it. We have only one crisis bed and we haven’t had that the whole time I’ve lived here. We don’t have residential treatment,” he said. 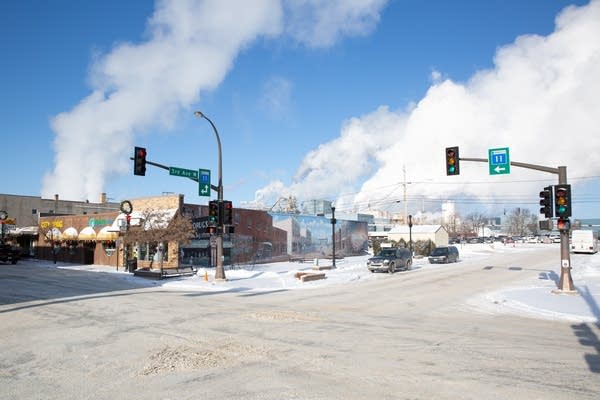 And International Falls is luckier than some places because there’s a community mental health clinic in town. (Hardwig partnered with it until his retirement, and the nurse practitioner still does.) The clinic is looking to expand in the near future. There’s also a mobile crisis team in town that can help with emergencies.

Still, recruiting mental-health care providers, even those who aren’t psychiatrists, to remote areas is challenging. Paul Mackie, a professor at Minnesota State University, Mankato, has studied the problem. And he said the only way to recruit and retain people in remote areas is to grow them from scratch. That is how Hardwig, who grew up in International Falls, ended up there.

Mackie said there are already physical medicine programs that train people for practice in rural areas. And he said now we need to do the same for mental health, too.

“We need to be a lot more thoughtful about who we’re recruiting and how we’re recruiting them,” he said. “We can have that conversation around what does a rural practitioner look like and look for that person and encourage them.”

But that takes time. People who graduated from high school this year won’t be done with medical school until 2027. And then they still have to complete their residency and any other specialty training.

So in the meantime, International Falls — and communities like it — are doing what they can. Hardwig’s old clinic has hired a child psychiatrist who sees her patients remotely over Skype-like technology.

Finding people to work on-site is proving much trickier, though. It was two years ago that Hardwig told the clinic he was planning to retire. It’s been looking for a replacement since then. But nobody has applied for the job.

To read the original article and see related reporting, follow this link to the MPR News website. https://www.mprnews.org/story/2019/12/20/in-international-falls-the-last-psychiatrist-for-100-miles-...