This U.P. photographer has photographed every single Lake Superior sunrise of 2019 All photos by Bugsy Sailor

At first, he didn't tell anyone about his plan.

For the entire first month of 2019, Bugsy Sailor would wake up before dawn, brush off whatever snow or ice had accumulated on his car overnight, and head out with his camera to capture the sunrise.

He didn't initially tell anyone what he was up to, he says, because he wasn't sure if his plan — to photograph every single sunrise of 2019 — was even doable. If he could actually stick with it. After all, he wasn't even a morning person. This was all just a wild idea he'd had in the thick of last December's New Year's resolution season, a grand expansion of his personal tradition of shooting the sunrise every year on New Year's Day.

But Sailor is no stranger to successfully pulling off wild ideas.

As a self-described "U.P. ambassador" and founder of the Marquette-based apparel company U.P. Supply Co., Sailor has gained a reputation for cleverly executing the unexpected in the name of championing his beloved Upper Peninsula and the Great Lakes. He's invented Plaidurday (a "worldwide celebration of plaid"), gone viral for asking (and answering) "How long would it take to Zamboni Lake Superior?," launched the fake dating site Yooper Singles and even inadvertently punked a newspaper with an April Fool's Day prank involving a petition website for the non-existent group "Wisconsin Citizens for the Renaming of Lake Michigan to Lake Wisconsin."

Attempting to photograph 365 sunrises in a row was a new kind of challenge, though, and Sailor wanted to make sure he could actually stick to the commitment before publicly sharing what he was up to.

After making it through the first month of shooting every sunrise, he says, he thought to himself, "OK — I can do this."

That's when he finally told people about his latest great idea, and the "Year of the Sunrise" was born.

Twelve months in, with more than 300-some sunrises captured and only a handful of days left in 2019, Sailor's about to make good on his resolution. He's caught spectacularly colorful dawns but also more dreary daybreaks than he cares to count. He's witnessed the sunrise from inside the Marquette Harbor Lighthouse and while on a boat under the Mackinac Bridge. He's shot in sub-zero temperatures and on 75-degree mornings and in white-out conditions, when he had to just trust the sun was there. It's all been worth it, he says.

"I thought it was crazy when I started," he says. "I was like, 'This is a ridiculous commitment.' But now its just my lifestyle, and it's so rewarding."

Sailor points out that most nature photographers seek to shoot the "super inspiring" sunrises and sunsets — those mega-saturated color bombs we're used to seeing in travel ads. But trying to produce sunrise photos for weeks on end — particularly during the Great Lakes' bleak winter days — requires a different kind of appreciation.

That's why Sailor has come up with an unusual pricing scheme for selling first-edition prints of each of his photographs: They start at $1 for the January 1st photo, and increase by a dollar a day.

"There's some logic behind it, because with each passing day that I continued this project, there's been more value to it for me," Sailor says. "It also kind of randomizes it a little bit: A dark, gloomy day could out-price a beautiful, sunny day. It kind of mixes up the idea that the colorful days are somehow more valuable."

Sailor says that he had a few goals going into the project: He wanted a reason to use his camera more, he wanted to spend  more time in nature, and he wanted to deepen his relationship with Lake Superior, where the bulk of the photos were taken.

But now that he's almost completed the year, he's had more takeaways than he anticipated.

"It's pretty rare that people intentionally go to watch the sunrise, but it's a heck of a good way to start the day," he says. "Even if I have a bad day and the rest of the day is a flop for whatever reason, I can be like, 'hey, I still did that thing this morning.'"

"It's changed my pace in life. It's become my meditation."

So with nearly 365 not-missed sunrises behind him, will Sailor continue Year of the Sunrise into 2020? He's not sure yet, he says. He'd like to become a little less dependent on his alarm clock — having kept up his streak for so long, he gets anxious about accidentally sleeping in and missing daybreak — but he also says it's too good of a thing to walk away from, at least in the short term.

"I think about FOMO a lot," he says."I don't really have a lot of FOMO over what happened at whatever social gathering last night. But if I see a beautiful sunrise photo that I missed, it drives me nuts."

"I can look back on this last year and legitimately say I didn't miss a single moment in nature at sunrise," he says. "Maybe it was more beautiful somewhere else, but I was out there. I didn’t miss it."

Read on for a selection of two photos from each month in 2019, except for December, which Sailor is currently wrapping up. More about the project and pricing for first-edition prints can be found at yearofthesunrise.com. 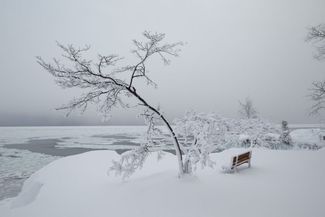 "There's this quote that says the biggest cliche in photography is sunrise and sunset," Sailor says. "Which I don't disagree with. But have I ever watched a sunrise or sunset and been like, 'Boy, I wish I didn't do that'? I never regret the struggle in the morning to get out of bed. Every single one is worth it in the end." 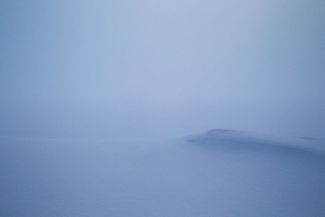 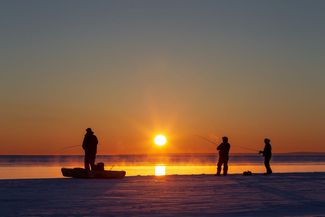 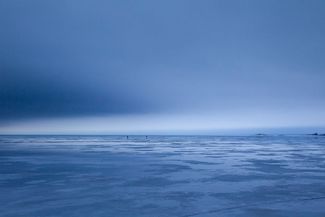 Sailor says some people initially thought he was crazy for taking on this project. "There's a lot of people who say, 'oh, I could never do that,'" he says. "I don't see it being any different than someone who has a really regimented gym routine, except mine’s get outside and slow down and be with nature a bit every morning." 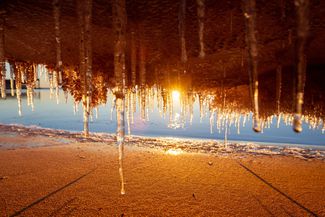 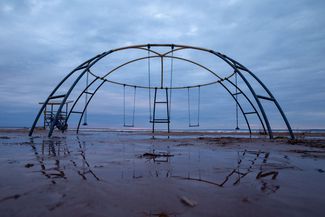 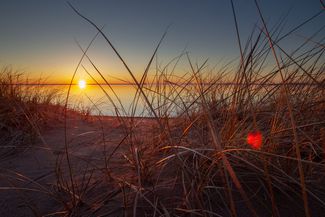 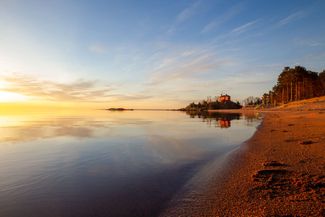 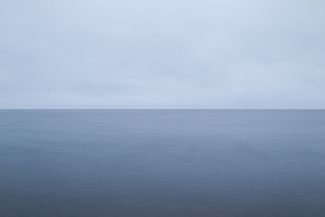 "There's a lot that could be said in terms of us as a species losing our connection with nature," Sailor says. "I love being out there in the inclement weather. I don't believe in 'bad' weather." 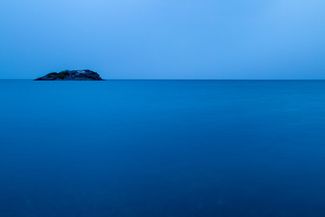 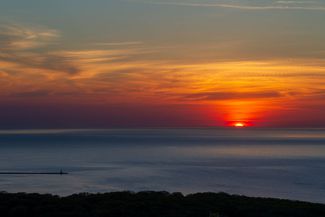 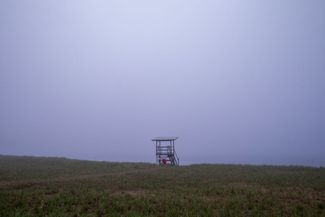 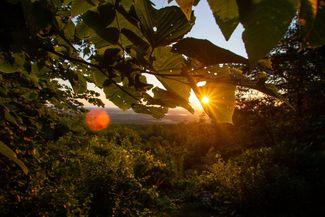 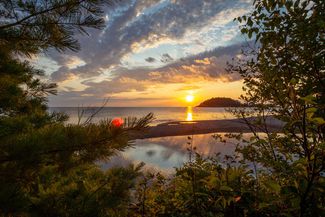 "If we went back to simpler times where we worshiped the sun, I think we would all get along better," Sailor says. "There's such a simplicity to it." 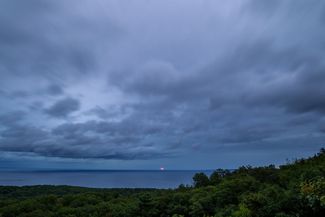 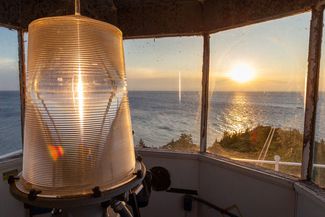 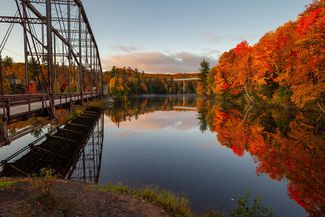 "I've got a lot to say about New Year's resolutions," Sailor says. "If my resolution for 2019 was 'I'm going to use my camera more and spend more time outside,' that would have never worked. That's so vague. But by having a very, very concrete thing every day that I could say 'yes or no, I did or didn't do this,' it's a much more effective resolution." 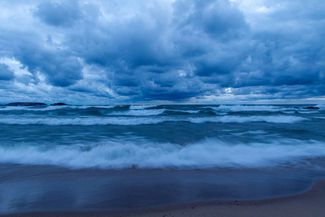 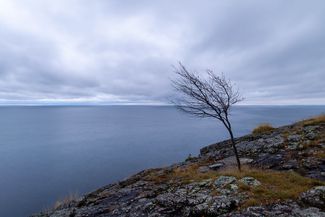 "There's a few sweeping lessons," Sailor says of his Year of the Sunrise project. "One is, just because you didn't see the sun at sunrise doesn't mean it didn't rise. It's still there, and it's still a worthy endeavor. It was all about starting my day outside and making that a priority ." 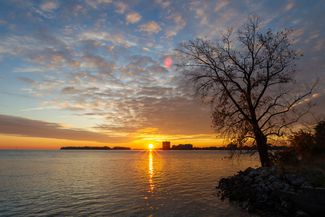 To read the original article and see more photos, follow this link to the mlive.com website.  https://www.mlive.com/news/g66l-2019/12/caee802f668084/this-up-photographer-has-photographed-every-s...