Freed from icy grip, Duluth's Aerial Lift Bridge back on the upswing The Aerial Lift Bridge in Duluth was temporarily stuck in the down position on Tuesday.
Andrew Krueger | MPR News

Blizzard conditions had rocked the city over the weekend, leaving the iconic bridge so heavily iced it could not be raised, halting lift operations that let ships pass into safe harbor.

On Thursday, city officials said deicing efforts paid off and the bridge and shipping canal were operational again. 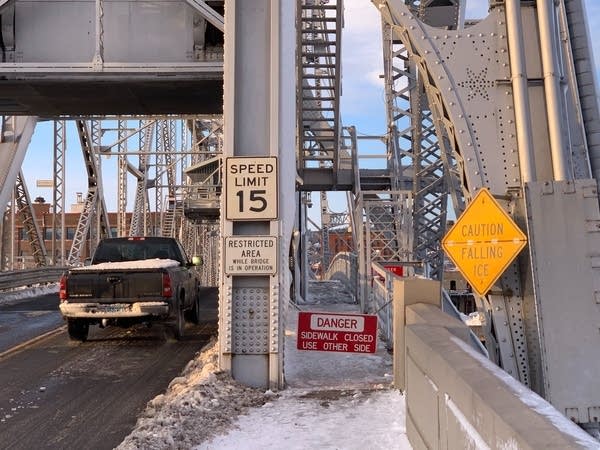 While the port has another access to Lake Superior on the east end of Park Point, it’s longer and requires navigation through the harbor canal along the Superior lakefront.

To read the original article and see related reporting, follow this link to the MPR News website.  https://www.mprnews.org/story/2019/12/05/freed-from-ice-duluths-aerial-lift-bridge-back-on-the-upswi...