Gerald Van Elburg, the owner of Holland Bakery in Thunder Bay, Ont., is marking his birthday on the same day his family-run business celebrates its 60th anniversary. Photo: Cathy Alex/CBC

An overnight snowstorm might have kept a few customers from visiting Holland Bakery in Thunder Bay on Thursday, but owner Gerald Van Elburg thought that was okay, since it gave him a chance to catch his breath and savour the sweetness of the day - the shop's 60th anniversary.

Holland Bakery, which is highly regarded for its bread and pastries but renowned for its honey-dipped doughnuts and cinnamon twists, is an institution in the northwestern Ontario city.

However, it almost never existed.

Father 'didn't want to tell anyone he was a baker'

Van Elburg's father John was a baker from a long line of bakers in Holland, but when he immigrated to Canada, he had hoped to find a different career.

"In fact, he didn't even want to tell anyone he was a baker," said Van Elburg. "But he had to find work and eventually he ended up in a bakery because he had to eat. He began working for other businesses and thought 'if I'm going to be a baker, I can run my own business'."

Thus Holland Bakery, named in honour of Van Elburg's home country, opened on November 21, 1959 and has been in the family ever since, with Van Elburg now receiving baking assistance from his nephew Derek Mol.

Bakery 'part of your identity as a family' 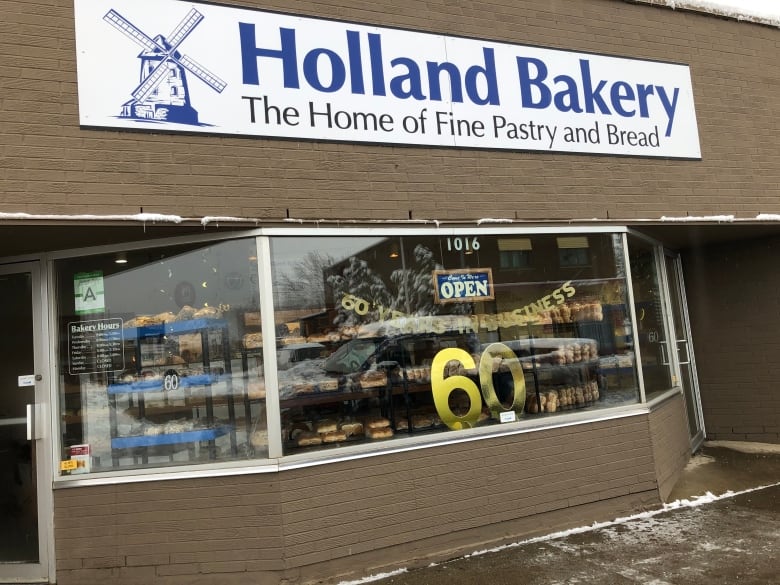 Baking is "part of your identity as a family," he said, add that "it's just been a real blessing to serve the community."

The sense of family permeates both the baking and the business.  In fact, it's worth noting that November 21 is also Van Elburg's birthday.  He was born in 1963 on the very day his father moved his tiny shop from its original home to its current location on Victoria Avenue.

One of Van Elburg's favourite things to make are the cinnamon twists, "which my grandfather started in Holland, which my father made and which I really enjoy making the most. It's a very popular product here and it's a real joy to make them.  It's working with the dough and the history behind them. It just gives you a sense that this has stood the test of time. The recipe's been around for close to one hundred years, unchanged and is still an excellent product that people enjoy."

Something else that has stood the test of time is Van Elburg's dedication to his customers.

'Life choice to be a baker' 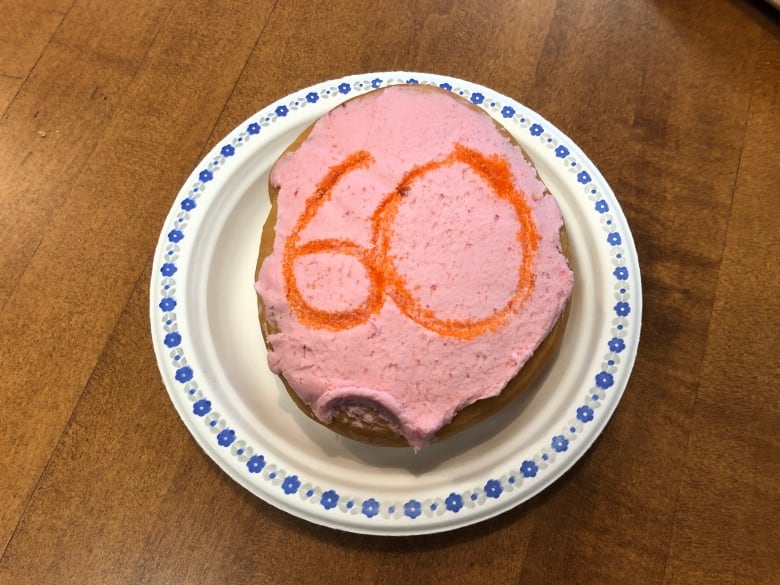 Holland Bakery in Thunder Bay celebrated its 60th anniversary on Thursday with by giving its persians - a favourite local treat - some special decorations. Photo: Cathy Alex/CBC

"You get to know them.  It's your family. Sometimes I see them outside and we already bring it [their order] to the counter, we know what they want. We build relationships here with customers. There are people that I built relationships with that were my Dad's customers too, that I still see and they reminisce about my dad and that continues. It's such a good connection with the customers."

Van Elburg is honest about the challenges of running a bakery though.  He hasn't had a night of sleep since he was 18 years old, since his work day begins at 12:30 a.m.

"The life of a baker is a choice to work through the nights," he said. "I split sleep.  I sleep in the afternoon for a couple of hours and I sleep in the evening before the next shift."

"It's a life choice to be a baker and work the hours, but it's worth it."

To read the original article and see related stories, follow this link to the CBC Thunder Bay website.  https://www.cbc.ca/news/canada/thunder-bay/thunder-bay-holland-bakery-60-1.5368441