Fish can hear boat noises and their ears are in trouble Researchers found that fish can hear human-created, noises and that their ears are harmed by them.

They worry that fish with hearing loss may have trouble reproducing, navigating and communicating with other fish.

The University of Windsor experimented on the black bullhead, a species with advanced hearing and located within the Great Lakes, where there is considerable commercial and recreational boat traffic.

Similar studies have been done with goldfish and zebrafish, but researchers Dennis Higgs and Megan Mickle wanted to see the effects boat noises have on Great Lakes fish. They suspected that the fish would exhibit behavioral changes, but a few things occurred that they did not expect. 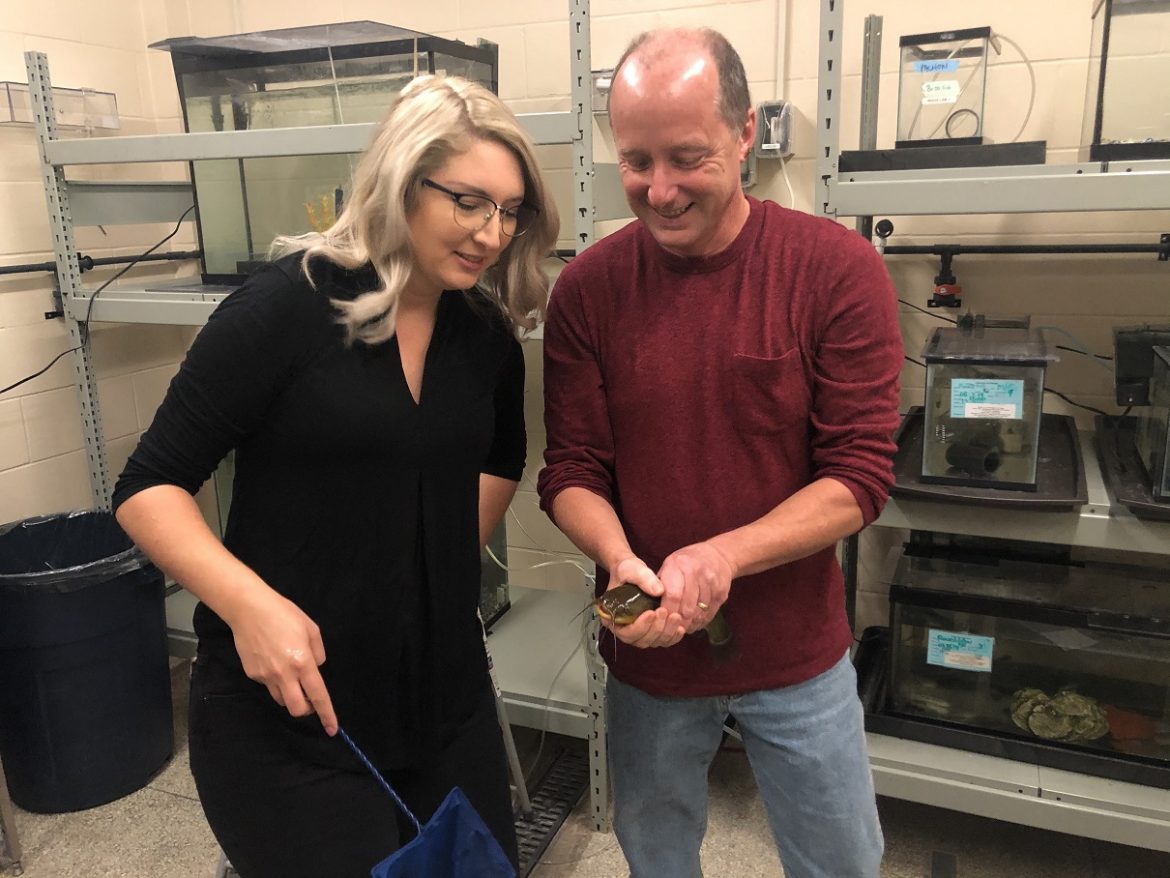 “I was surprised they we actually damaged their hair cells at levels that are not really high,” Mickle said. “One hundred and seventy decibels are loud, but boat noise, especially up to a few meters away, can be much louder than that.”

Hair cells are sensory cells in the ears. Their number decreased significantly when the fish were exposed to prolonged boat noise.

The bullheads were essentially going deaf from the noise, Mickle said. After the team played 24 hours of boat noise to the fish, they found that they decreased the bullheads’ hair cells so much that they were almost completely gone.

Their behavior changed, too. The fish changed their typical swimming patterns when first exposed to the noise. But they eventually resumed them when they became used to the noise because of the decrease in hair cells.

“At lower levels we changed their behavior, and at higher levels we blew up their hair cells,” Mickle said. “After that, they just couldn’t hear and weren’t bothered by anything.” 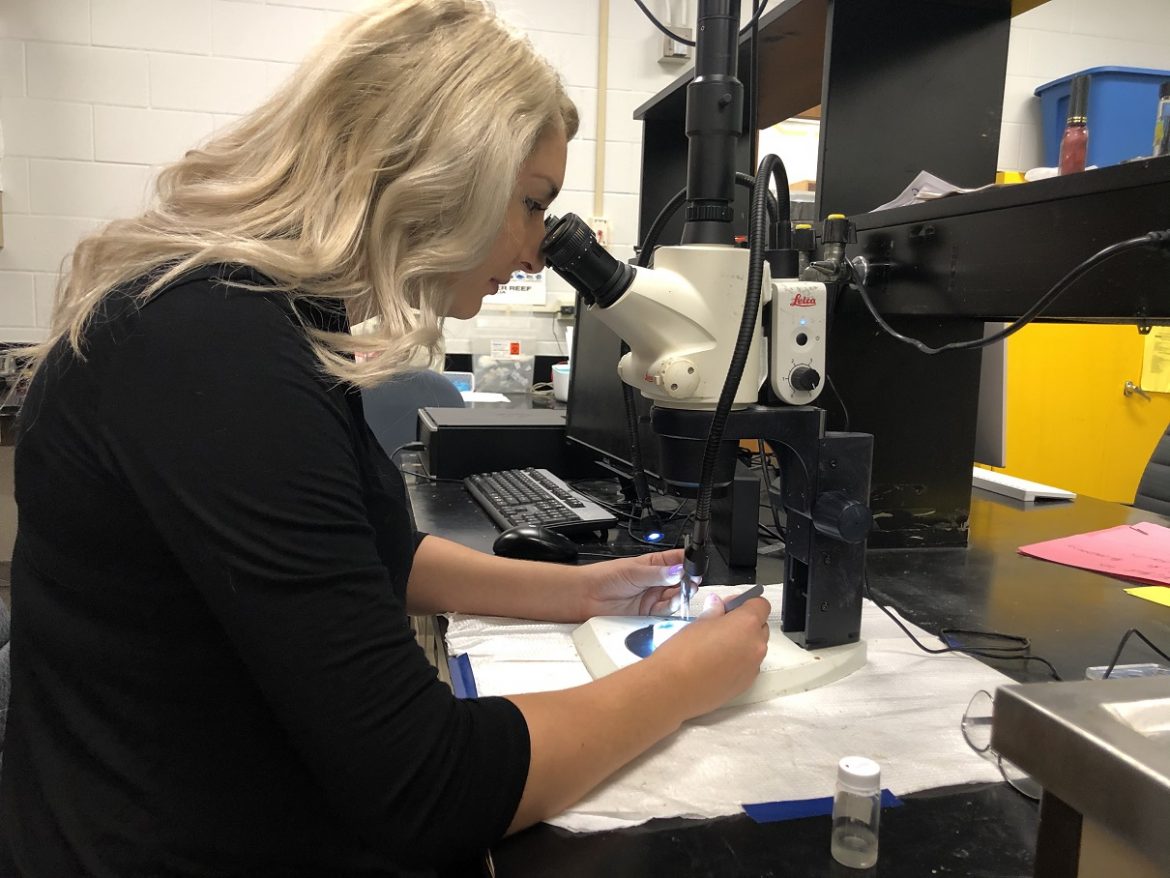 Because of their decrease in hearing, the black bullheads are a target for boats and aquatic predators. Many Great Lakes fish make sounds to call to each other as well, and Higgs said this is an issue for spawning in the future.

“We’re worried that the increase in boat noise levels could disrupt their ability to hear each other during spawning,” Higgs said. “There’s also some concern, which is not proven yet, that boat noise in some areas could affect reproduction.”

According to Higgs and Mickle, the calling back and forth of the fish is like the fish are singing to each other. When the research team put a microphone underwater, they could pick up different species of fish calling to each other.

“People don’t think fish have ears, and they do,” Higgs said. “Fish make quite complex calls that go back and forth to each other.”

The research team has also studied what the underwater sound levels are in the Great Lakes with underwater microphones. They found that certain areas underwater are louder than others. 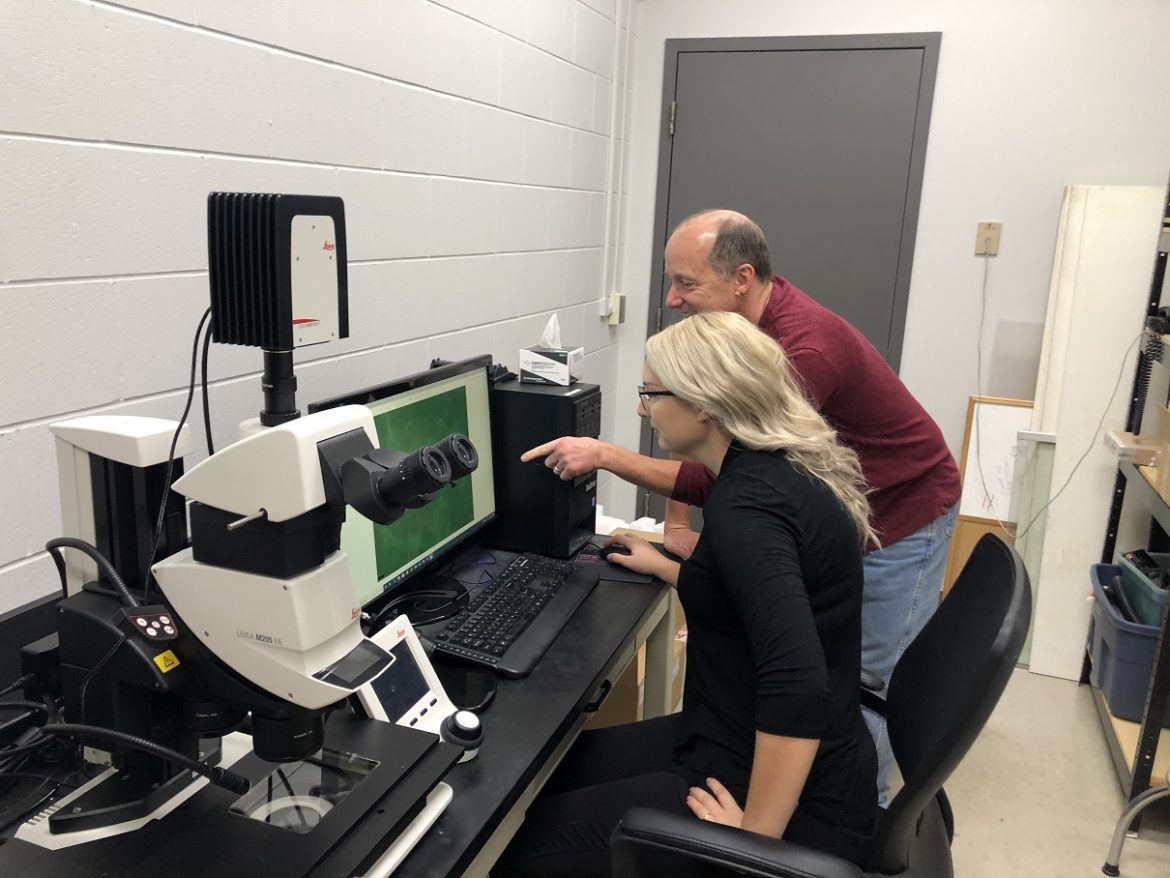 There are a few things people can do to reduce the impact of boat noise on aquatic life, Higgs said. The biggest action is to spread the word to avoid driving boats through spawning area.

“We need to try and get the word out to avoid these spawning areas,” Higgs said. “We could close those areas off, and then when the fish are done spawning, let people go back and have fun boating.”

The types of engines have different impacts on the level of underwater sounds, Mickle said. She recorded boat engines from local boaters and noticed the difference in sound volume between those that had mufflers, which make boat engines quieter, and those that did not.

“Some boaters are cognizant of the noise that their boats produce and some of them have no idea,” Mickle said. “I think people need to pick the quietest motor engine that they can and use mufflers in order to protect the aquatic life below.”

The study was published in the Canadian Journal of Fisheries and Aquatic Sciences.

To read the original article and see other environmental reporting, follow this link to The Great Lakes Echo website.  http://greatlakesecho.org/2019/11/20/fish-can-hear-boat-noises-and-their-ears-are-in-trouble/