A cyclist in San Bernadino National Forest, where e-bikes were previously banned. Photo: Brian Melley from The Conversation

Editor’s note: In August, Interior Secretary David Bernhardt announced an order stating that electric bicycles will be allowed on all trails on federally owned land where normal bikes can ride. The move has led to some confusion and controversy, as states and municipalities sort out how to comply with the order.

Parts of the bike industry and the National Park Service have argued that the move will make public lands accessible to more people. Others are concerned the arrival of e-bikes on federal trails will lead to broader use of motorized vehicles.

1. Why do e-bikes on trails in federal lands raise concern?

There’s nothing to stop people with those bikes from heading off the trails into areas that are sensitive. I’m not saying even two percent of those folks would do that. But it doesn’t take very many people to harm resources and get in all sorts of trouble.

Also, it’s clear that the secretary has given park superintendents some discretion about where to allow these bikes and where not to allow them. So there’s still a lot of ambiguity in the policy, which I think is concerning.

2. Why would e-bikes cause more problems than normal bikes?

Because they’re so fast, you could have a collision a lot more easily than somebody on a regular bike.

It’s alarming people because it goes against why some of these places were set aside and protected. There’s obviously a place for e-bikes in a park unit. But there are places, perhaps, where they shouldn’t be allowed because other people go to national parks for experiences that don’t include whipping around on bikes at 20 miles an hour. 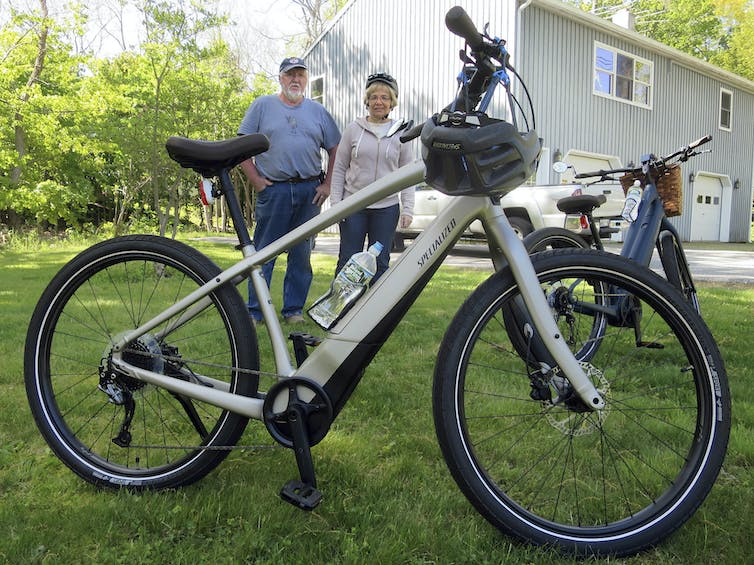 Are electric bikes too fast for the trails on federally owned land? Photo: David Sharp from The Conversation

3. What about the argument that allowing e-bikes makes these parks accessible to more people?

You could certainly have instances where people with an e-bike could allow someone to get a bit into the non-wilderness back country. Now, this may require the agencies to have to build different kinds of trails. And that’s always a cost, and a visitor safety issue.

This is public land, and there’s nothing wrong with some use. The question is, though, where is it appropriate and where is it inappropriate? That’s just the dialogue I think we all have to have with each other.

4. What do you think is the best approach to regulate these bikes on public lands?

I think we should go slowly. Let’s let our agencies experiment. They could try allowing e-bikes in one area for a while to see what happens. There should be places where they’re prohibited. But we should learn by doing and develop more effective policy by observation.

Again, the agencies do have discretion to decide what to do here. But it’s not clear from some of the policies how closely they are supposed to follow state and local rules and follow their own policies and procedures on federal lands. And their policies should come first, I would argue. So I’d urge them to go slow and begin to learn where these bikes are acceptable, and don’t cause problems, and places where they shouldn’t be allowed.

To read the original article and see related reporting, follow this link to The Conversation website.  http://theconversation.com/e-bikes-are-coming-to-federally-owned-trails-4-questions-answered-109367

Should e-bikes be allowed on Federal trails?