Face-to-face with a grizzly Duluth author Alex Messenger's new book "The Twenty-Ninth Day" opens with a pivotal moment when a grizzly bear attacked him deep in the Canadian wilderness. It was over in seconds — but it changed Messenger’s life.

Messenger was just 17 when he and some friends took a 600-mile canoe trip through Canada's Northwest Territories and Nunavut. One morning he was taking a solo hike when a movement caught his eye. At first he thought it might be a musk ox. But as he wrote in the book, he quickly saw he was wrong.

"I made a far more horrifying realization. This was no musk ox — it was much worse. At this instant, the creature's gaze met mine. I was staring into the sharp black eyes of a grizzly bear." 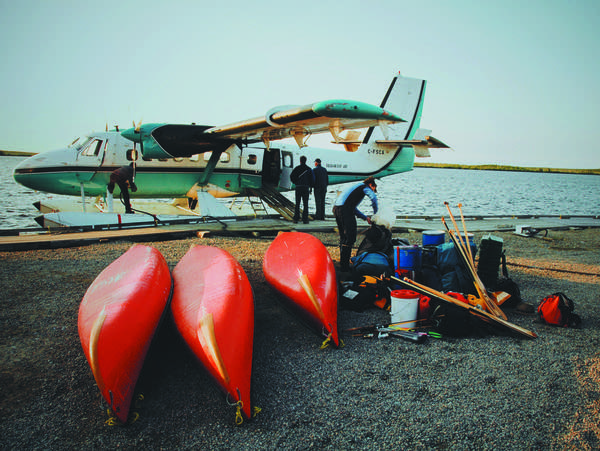 Forty-two days’ worth of food and gear is ready to be packed into a plane at Lynn Lake in Manitoba on July 3, 2005 at the beginning of the six-week, 600-mile canoe trip described in Duluth author Alex Messenger’s book “The Twenty-Ninth Day."  Photo: Alex Messenger, courtesy Blackstone Publishing

It seems appropriate to talk to Alex Messenger outside — sitting in Duluth's Leif Erikson Park, where you can look over Lake Superior and at least pretend to be out in the wild.

Messenger is in his early 30s with tousled hair, and a ready laugh. He seems happy to talk about his experience back in 2005, and the thoughts that raced through his head as he faced the bear.

His pre-trip training kicked in: make no sudden movements, and try to convince the grizzly you are not a threat.

"I started backing up slowly, saying 'Hey bear! Whoa bear! It's OK bear!'" he said. "And, you know, in your mind all you want to do is run, but you know the only thing you can't do, is run." 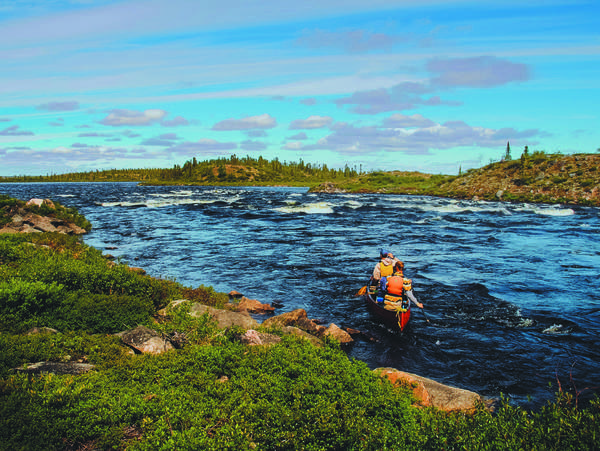 But the bear kept coming. His adrenaline spiked and then it sparked unexpected emotions.

"It escalated from terror to just this overwhelming sense of loss, as I felt like I was about to die," he recalled. "And as we got closer and closer and it ended up hitting me and then biting me, I was just very certain that my life was about to end and I was just so sad about that." 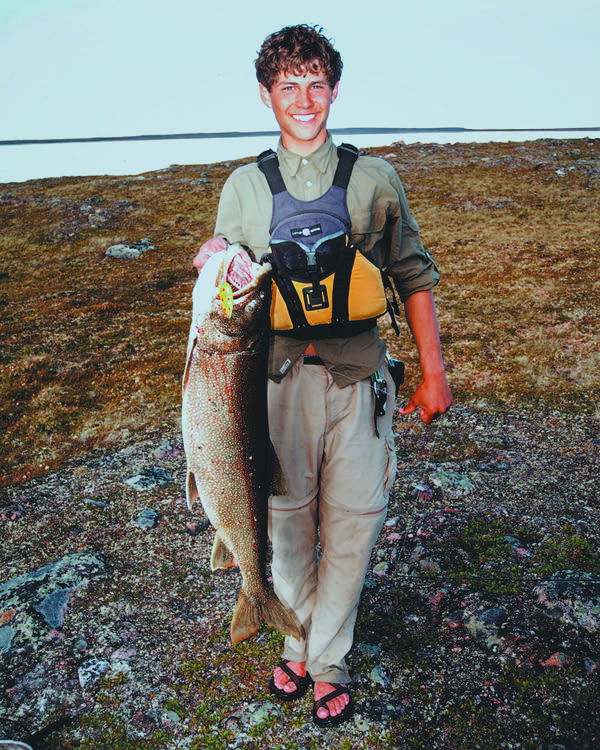 The attack left images seared in Messenger's brain: the gigantic paw swinging at his head and knocking him sideways. A second blow that dropped him to the ground, and then the huge head shooting forward as the bear clamped its jaws on his thigh.

In agony, he passed out. When he came to, the bear was still there. But it was moving away, its eyes still fixed on Messenger.

And then it was gone.

The bear left him alone on the tundra, wondering how, and why he had survived.

"And I think that's part of what this book is, and this journey was for me, is that a lot of things can happen in life and you can want to figure the meaning behind them — but you might not ever find out what that meaning is," he said. 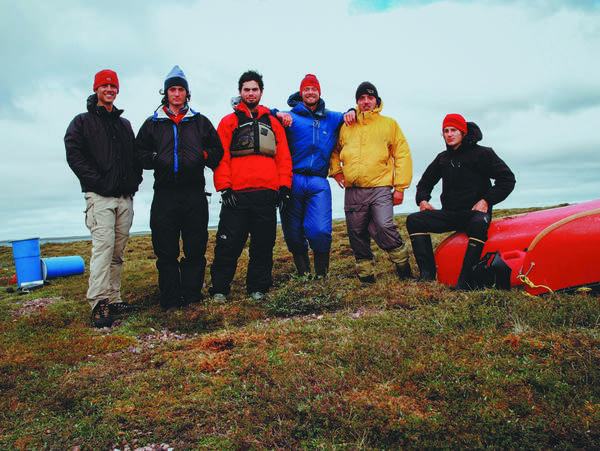 This is the last picture taken before Alex Messenger was flown out after surviving an attack by a grizzly bear in northern Canada in 2005. He stands on the far left of the group. While he is smiling, his clothes cover a dangerous bite inflicted on his upper thigh.  Photo: Alex Messenger, courtesy Blackstone Publishing

Sitting in the Duluth park, Messenger says he always intended to write the story of that trip, but kept waiting for some great epiphany. Eventually he realized that wasn't going to happen. So he sat down with his trip journal, interviewed his trip mates and began writing.

"The Twenty-Ninth Day" is a chronicle of a six-week trip torn asunder by that chance encounter between man and beast. It details how the six paddlers bonded as a team during the early days of the trip. That team became vital for Messenger's survival after the attack until rescue services medevaced him out.

It's also about how life changed afterwards. Because of how the bear bit him high on his leg, people rarely see the evidence that Messenger survived a grizzly attack. Some even doubt his story. 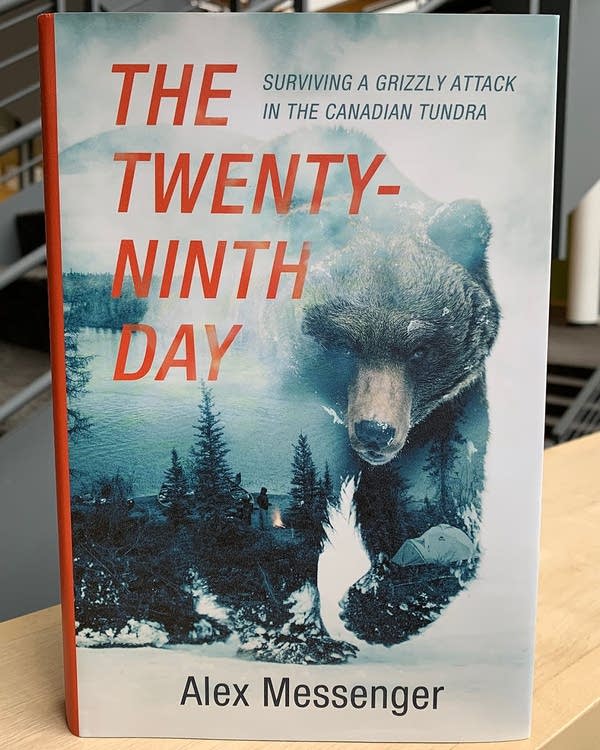 "They are just silent scars to most people," he said.

The pain comes back sometimes, and he suffered flashbacks as he wrote the book. He still camps, but always carries mace in grizzly country. He also likes to have a lot of light around him.

He'll read from the book at a launch party at Fitger's Spirit of the North Theater in Duluth from 6-9 p.m. on Tuesday, Nov. 12.

After Messenger’s group got back safely in 2005, Canadian game wardens went looking for the bear that attacked him. They never found it. And that makes Messenger happy. He says the grizzly was just wandering its own territory when it stumbled across a strange creature: him.

"It did what bears are supposed to do and it could have done a lot more, and I am appreciative for it having not. I like to think about it roaming the tundra still and living a bear’s life," he said.

And while Messenger is a writer, he also now does search and rescue work as a result of once needing similar services himself.

To read the original article and hear an audio report of this story, follow this link to the MPR News website.  https://www.mprnews.org/story/2019/11/11/face-to-face-with-a-grizzly